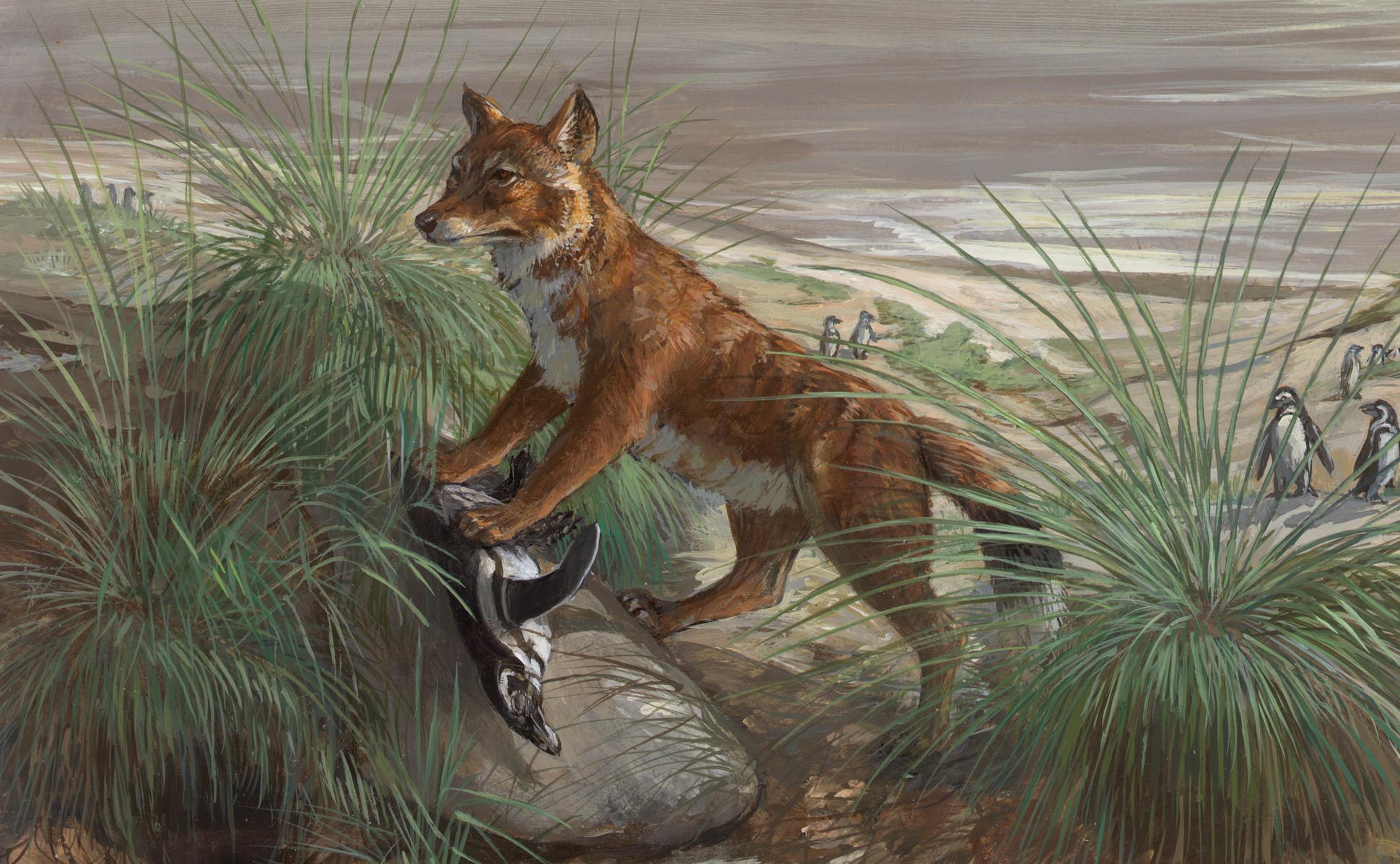 The discovery about the earliest human presence in the Falkland Islands complicates the mystery of the origin of some of the well-known species of the island.

Anthropologists have found the earliest evidence of the human presence in the Falkland Islands. Apparently, as early as the 13th – 15th centuries, the Yagan Indians traveled to the archipelago by canoe to hunt for southern sea lions and crested penguins.

This is indicated by the discovered bones of animals, as well as the increase in the number of fires on the islands. In addition, scientists found that the extinct Falkland wolves ate mainly large marine predators – this could be the result of interaction with humans.

The Falkland Islands are located about 450 kilometers off the east coast of Argentina in the South Atlantic Ocean. The islands were officially discovered by Europeans in 1591-1592 during the expedition of the English corsair Thomas Cavendish. However, permanent settlements appeared here much later and they are associated with the arrival of the French in 1764 and the British in 1766.

Were Europeans first to reach them?

For a long time it was believed that before the Europeans, the islands were never inhabited by people. However, this did not explain the presence on the islands of the Falkland wolf (also known as the Falkland fox), once the only terrestrial predatory mammal. Apparently, these animals sailed there on boats together with the Indians.

British scientist and traveler Charles Darwin, who visited the islands in 1833-1834, noted that local sea currents favored the transfer of canoes and floating forest from Tierra del Fuego to the coast of West Falkland. In addition, back in 1979, a local farmer discovered a stone arrowhead made from Falkland quartzite in the northern part of New Island. This artifact was made according to the technology that has been widespread in Tierra del Fuego for the last thousand years.

Kit Hamley from the University of Maine worked with scientists from the United Kingdom and the United States to research evidence of early human history in the Falkland Islands. Anthropologists noted that fixing the exact timeline seems difficult since a small group or temporary population might leave little or no cultural material behind. However, in their opinion, paleoecological data may indicate an anthropogenic impact on the sensitive ecosystems of the islands, manifested in an increase in the number of fires, introduction, or extinction of species.

Scientists surveyed the area on the island of New Island, where a stone tip was discovered in 1979. Researchers have unearthed the remains of at least 73 South American sea lions (Otaria flavescent) and 77 crested penguins (Eudyptes chrysocome). Radiocarbon analysis of ten samples showed that the accumulation of bones occurred between 1275 and 1420 AD.

Paleo fires in the Falkland Islands

The study of paleo fires in the area of ​​the highest point of the Falkland Islands – Mount Usborne – showed that for about 13 thousand years, biomass was burned evenly. The first noticeable increase in the number of fires occurred around 200 AD, but the two-fold increase occurred in 1450-1600. A similar situation was observed during the arrival of Europeans in the Falkland Islands.

The researchers also estimated the likely arrival time of the Falkland wolf. To do this, they studied six fragments of fossil bones found on West Falkland Island – the only place where such finds have been made, although historical sources indicate the existence of a large population of these animals.

Radiocarbon analysis by accelerator mass spectrometry was performed for three samples. The oldest tooth turned out to be 3790 ± 25 years old, and the other two dates were noticeably younger – 895 ± 15 and 925 ± 15 years. Isotopic analysis of carbon and nitrogen showed that the diet of these animals consisted mainly of higher marine predators.

The researchers concluded that the findings indicate the presence of humans in the Falkland Islands at least several centuries before the arrival of Europeans. In their opinion, the mixed accumulations of sea lion and penguin bones were the result of the prey of hunters. Although no traces of cutting were found on these remains, scientists speculate that bone tools or clamshells, which did not leave noticeable scratches, could have been used for these purposes.

Scientists believe that the spread of fires is associated with the arrival of the Yagan Indians, who did not have permanent settlements and moved across the sea in canoes. In addition, fire was of great importance in their culture, which is probably reflected in the name of the Tierra del Fuego archipelago. The researchers also noted that the diet of the Falkland wolves appeared to be based on large marine animals, which a small dog could hardly hunt. This may be due to either the collection of carrion on the seashore or interaction with people.