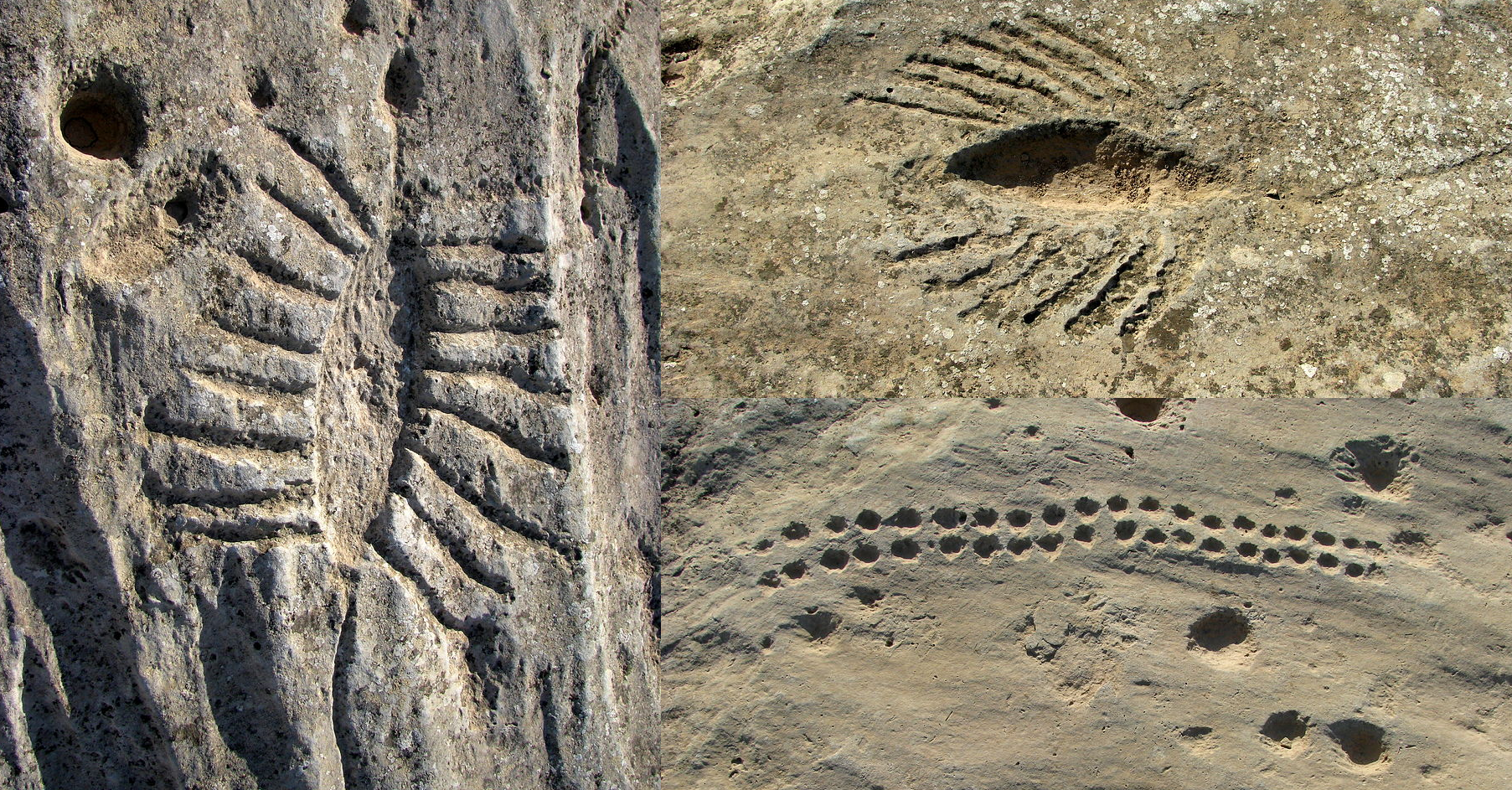 Qatar's deserts are filled with mysterious symbols and remnants of the ancient past.

Hidden in the wasteland of Qatar’s northeastern desert are nearly 900 ancient limestone carvings, whose purpose and origin remain unsolved. Over the past 60 years, archaeologists have been discovering and cataloging petroglyphs in Al Jassasiya, which is located about an hour from Doha.

Have you ever heard about Al Jassasiya, Qatar’s largest petroglyph site?

How many petroglyphs are there?

Although the site was discovered in 1957, the research did not begin before the early 1970s. Back then, a Danish team of archaeologists spent six weeks documenting the entire 700-meter site in drawings and photographs. To date, researchers have found close to 900 ancient carvings.

How old are the petroglyphs in Qatar?

Is it surprising that researchers cannot agree on an approximate date or time of origin? There have been various theories over the past decades and more than one or two studies in search of that answer.

Dating rock carvings remains one of the most difficult tasks for archaeologists. Earlier research found no evidence that petroglyphs are more than several hundred years old. However, the study did not find conclusive evidence that they were created recently either.

Other hypotheses suggest that the carvings are no less than several thousand years old. Until archaeologists conduct new studies with modern advanced methods, this mystery remains unsolved.

Petroglyphs have been found in various locations in Qatar but the ones in Al Jassasiya differ substantially. Well, about a third of the 874 carvings resemble cup marks, which have been found all over the world.

There are, however, those that are completely unique like the depictions of sailing ships, illustrated in linear profile – this literally means that they are seen from a bird’s-eye view or from above. We’ll get to those in a separate section below.

Besides the obvious problem with dating, researchers have had difficulties in understanding the purpose and arrangements of the petroglyphs in Al Jassasiya. For instance, the cup marks mentioned above differ in the order of placement. Some appear to be arranged in patterns, such as rosettes and rows. Others seem to be carved in completely random order.

Once more, we have several hypotheses on our hands and nothing conclusive. What did people use the rock carvings for? What was their purpose and was there one at all?

Some suggest that the round holes could have been carved in accordance with the sky as people saw it centuries ago. This is a common thesis that often pops up in discussions about mysterious ancient sites.

Another version suggests that the patterns resemble a common board game – Mancala, which has existed since antiquity. While we cannot refute even the most extraordinary theories, researchers have pointed out that some holes are too small while others are placed on slopes, which does not coincide with the requirements of the game.

The third and most popular hypothesis suggests that the cup marks might have been used for storage. This area was an important stop for pearl traders in the past and researchers assume that people might have used the so-called cups to store their stock.

As mentioned earlier, the boat carvings at Al Jassasiya are particularly unique, and such depictions have not been found elsewhere. Scientists have no clue about why there are this many ship carvings at this site but it is widely known that boats/ships had important symbolic meanings in ancient beliefs.

What’s significant here is the actual depictions of the boats. Most could be mistaken due to their resemblance to fish shapes but the addition of oars is quite obvious. The fact that those carvings were made as if seen from above is evidence of the high degree of creativity of the artists. Since ancient people wouldn’t have known how ships look from the sky, the carvings represent a high level of abstract thinking.