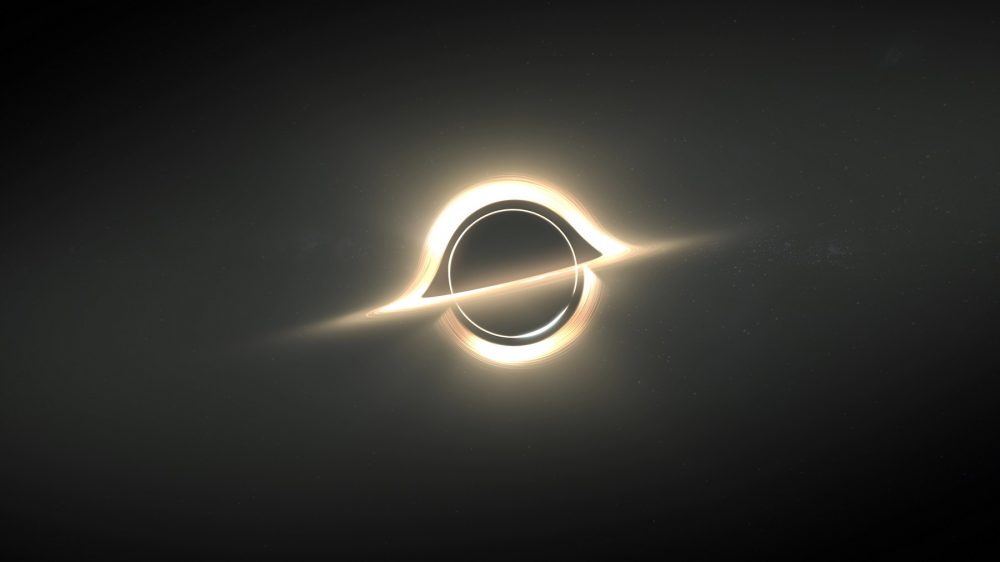 However, astrophysicists have now seen evidence—for the first time—of a fusion of black holes spiraling until they collide, producing light. This was something that had been theorized but never proven, that is until now.

When two black holes spiral around each other and finally collide, they send ripples in space-time called gravitational waves. Because black holes do not emit light, these events are not expected to glow with light waves or electromagnetic radiation.

However, Graduate Center, CUNY astrophysicists K. E. Saavik Ford and Barry McKernan, have postulated ways that a fusion of black holes could explode with light.

Now, alongside researchers from the Zwicky Transient Facility (ZTF) at Caltech, the astronomers describe their discovery in Physical Review Letters.

The researchers explain what appears to be a flash of light originating from a pair of black holes there in the process of fusing.

The event (named S190521g) was first identified by the National Science Foundation (NSF) Laser Interferometer Gravitational-Wave Observatory (LIGO) and the European Virgo detector on May 21, 2019.

Soon after, scientists at ZTF reviewed their recordings of the same event and discovered what may be a flash of light coming from the merging black holes.

Once the black holes merge, the new, now larger black hole experiences a jolt that sends it in a random direction as it passes through the gas disk.

“It is the reaction of the gas to this speeding bullet that creates a bright flare, visible with telescopes,” said co-author McKernan, an astrophysics professor with The Graduate Center, BMCC, and AMNH.

“This supermassive black hole was burbling along for years before this more abrupt flare,” revealed the study’s lead author Matthew Graham, a research professor of astronomy at Caltech and the project scientist for ZTF.

“The flare occurred on the right timescale, and in the right location, to be coincident with the gravitational-wave event. In our study, we conclude that the flare is likely the result of a black hole merger, but we cannot completely rule out other possibilities.”

Such a flare produced by the merger of two black holes is expected to start days or weeks after the initial splash of gravitational waves produced during the fusion.

In this case, ZTF didn’t immediately notice the event.; in fact, only when scientists returned and examined ZTF’s archival images months later, they found a signal that started days after the May 2019 gravitational wave event.

ZTF noted that the flare slowly faded for a month.

Scientists tried to get a more detailed look at the light from the supermassive black hole, called the spectrum, but by the time they looked, the flare had already vanished.

A spectrum would have offered further support to the idea that the flare came from the fusion of black holes within the supermassive black hole disk.

However, the astronomers were able to rule out other possible causes of the observed burst, including a supernova or a tidal disruption event, which occurs when a black hole essentially devours a star.