Following an underwater volcanic eruption, NASA's Earth Observatory reports the formation of a new island in the southwestern Pacific Ocean.

The eruption of the Central Tonga Islands’ Home Reef seamount has created a new island in the southwestern Pacific Ocean. Located on a seafloor ridge that stretches from New Zealand to Tonga and is home to the world’s highest density of underwater volcanoes, the eruption began on September 10.

In the days following, Home Reef repeatedly erupted lava, emitted steam plumes, and discolored the surrounding seawater. Within 11 hours of the eruption, a new island rose above the water. On September 14, NASA’s Landsat 9 satellite captured this natural-color image of the young island in the presence of columns of discolored water nearby. According to NASA Earth Observatory, these plumes of acidic, superheated seawater contain particulate matter, volcanic rock fragments, and sulfur.

According to the Tonga Geological Survey, the island has an area of 4,000 square meters and an elevation of 10 meters above sea level. As of September 20, the island covered 24,000 square meters. This new island lies southwest of Late Island, northeast of Hunga Tonga-Hunga Ha’apai, and northwest of Mo’unga’one.

The Home Reef is located in the Tonga-Kermadec Subduction Zone, which is the world’s fastest converging tectonic plate collision zone. Here, the Pacific Plate sinks beneath two small plates, creating one of the world’s deepest trenches and most active volcanic arcs.

Usually, underwater volcano islands last only a few months, although they can sometimes last for years. Four eruptions have been recorded at Home Reef, including those of 1852 and 1857. A few small islands were formed after each event, and ephemeral islands with cliffs up to 70 meters high were formed at the time of the 1984 and 2006 eruptions.

A 12-day eruption of the nearby Late’iki volcano in 2020 created an island that disappeared after two months, while another island created by this volcano in 1995 remained above the surface for 25 years. According to a September 20 update by the Tonga Geological Survey, the volcano poses little risk to the aviation community and residents of Vava’u and Ha’apai.

Until further notice, all vessels will be advised to stay at least 4 kilometers away from Home Reef. The service noted most of the ash should fall within a few kilometers of the vent.

Earlier this year, we reported about the explosion of th eTonga underwater volcano, which destroyed an entire island, causing it to sink into the ocean, in an almost Plato-like description of the fabled Atlantis. 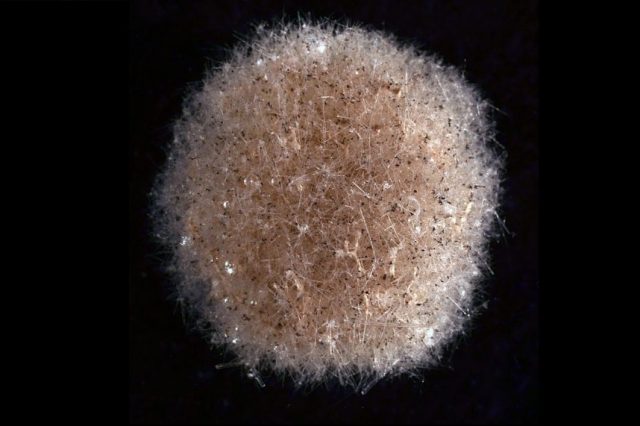