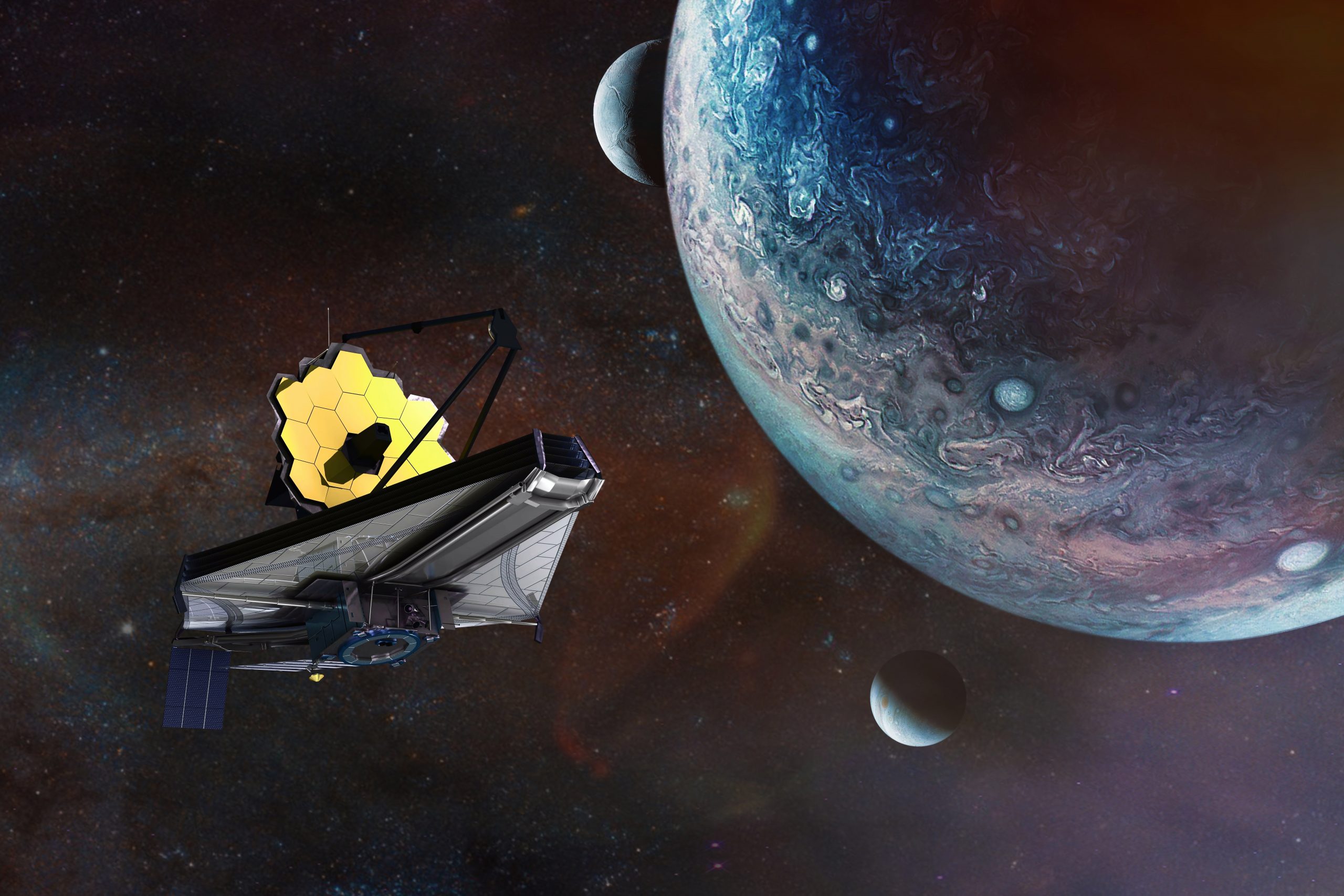 James Webb is expected to "shed light" on the early universe soon after the Big Bang, offer new insight on galaxies and star formation, enlighten us about black holes, study our own solar system, and help with the search for the building blocks of life across space.

The James Webb Space Telescope changed the way we do astronomy. Not only that, it changed astronomy for good, answering some but raising many new questions about the cosmos. And while Webb wasn’t specifically built to look for alien planets, it can help us a lot by spying on their atmosphere. In this new era of exoplanet astronomy, the James Webb Space Telescope is poised to take it to new heights.

James Webb Space Telescope (JWST) has been an impressive gift for humankind since its launch on 25 December 2021 aboard an Ariane 5 rocket from French Guiana. After reaching its vantage point 1.5 million km from the Earth and unfurling its distinctive giant sunshield in July 2022, JWST began beaming its first images of the cosmos. This ten billion-dollar telescope has big scientific goals, making it a worthy successor to the Hubble Space Telescope. Among the many study goals, James Webb is expected to “shed light” on the early universe soon after the Big Bang, offer new insight on galaxies and star formation, enlighten us about black holes, study our own solar system, and help with the search for the building blocks of life across space.

It has already done so much, and it has barely started. We have seen, for example, stunning images of our solar system planets, where the state-of-the-art equipment aboard JWST was used to observe in unprecedented detail the characteristics of Jupiter. It has also proven to be very capable of tracking fast-moving objects such as asteroids or comets, and it will likely be used to study Interstellar Objects when and if we spot them.

How JWST can help in the hunt for habitable alien worlds

Astrophysicist Pierre-Olivier Lagage at the CEA in Paris has been preparing for JWST for years. Lagage is the lead scientist for ExoplANETS A, a project that studies the atmospheres of exoplanets. For the study of exoplanets, he and his colleagues developed a data tool that exploits the wealth of existing spectroscopic data from previous missions. Over the past 20 years, exoplanet astronomers have discovered thousands of exoplanets. Spectroscopy instruments aboard JWST provide an unprecedented capability to study exoplanets’ atmospheres for signs of life.

In exoplanet astronomy, transiting exoplanet spectroscopy is a major technique. As light from a star passes through the atmosphere of a planet orbiting its star, its spectrum changes. It is possible to detect changes in light when they indicate the chemical composition of the planet’s atmosphere, which is an indication of whether or not life could exist there. Using Exoplanets A, astronomers can characterize the atmospheres of exoplanets using data analysis. Using JWST, astronomers can identify which information is likely to be useful and which is likely to be noise to aid their own observations.

While spectroscopic observations are a goldmine of information, they also produce a lot of noise, which muddles the signal. It can be difficult to distinguish valuable data from useless information that is not related to the exoplanet’s atmosphere. In Lagage’s opinion, this is due to the fact that the signal generated by the planetary atmosphere is quite small compared with the rest of the light coming from the star. The key is to develop tools that can remove the systematic noise in order to obtain the right signal,’ he explained. A good understanding of the host star is also necessary to model the atmosphere of an exoplanet. To aid in this process, the project created a database of exoplanet properties. Data were gathered from the Gaia and XMM-Newton space observatories of the European Space Agency.

Sniffing out the light

The first exoplanet observed by JWST was a hot gas giant planet called WASP-39b. It orbits a star similar to the Sun, 700 light-years away. Carbon dioxide was observed by Webb for the first time in an exoplanet using spectroscopy at the end of last month. Also, the ESCAPE project has been examining shortcuts for the characterization of exoplanet atmospheres similar to Earth. A CNRS astrophysicist and principal investigator of the ESCAPE project, Martin Turbet, explained that novel observation techniques would have to be explored using ground-based and space-based telescopes.

Astronomers, for instance, developed novel methods to calculate the density of planets orbiting TRAPPIST-1, an ultracool red dwarf star around 40 light years from earth. TRAPPIST-1 was first found in 2000, and a number of small exoplanets orbiting in close formation were discovered in 2017. You need to know a planet’s radius and mass in order to calculate its density. Spectroscopic observations can be used to size the planet. In order to measure the mass of a planet, we need to observe the gravitational pull that a planet exerts on its host star.

Turbet explained that this is the classical method of determining a planet’s weight. It is not possible for the classical technique to work in the case of TRAPPIST-1 planets due to their small mass. There is, however, something peculiar about the TRAPPIST-1 system because all seven planets orbit very close to each other. Because of this, they don’t transit in front of their host star at fixed points in their orbits. Researchers were able to determine the strength of gravitational forces between the planets by measuring the deviations in these transit timings, Turbet said.

As a result of this technique, they claim to be able to make the most accurate predictions of the TRAPPIST-1 system’s water content so far. The SpeculOOS telescope at the European Southern Observatory (ESO) in Chile, along with space telescopes and new theoretical work, was used to make observations and calculate mass, density, and water content. Using the JWST and the proposed Extremely Large Telescope (ELT), Turbet said that exoplanets’ atmospheres could be monitored for biomarkers known as clues to life.

The scientist cautioned, however, that such observations can’t be used as definitive proof that life exists on any planet. Biomarkers, such as oxygen, can form without life, according to recent research. A newer spectroscopy technique called reflected light spectroscopy has also been investigated by Turbet and his colleagues. This method does not analyze the star’s light as it passes in front of a planet but rather how the planet’s atmosphere reflects the star’s light. In addition, Turbet said that models of planetary atmospheres and water content would be of help to observations from the JWST. Astronomers will be able to plan their observations in a way that maximizes the collection of genuine data. It is important to note, however, that exoplanet research isn’t just aimed at finding alien life. According to Lagage, exoplanets may also inform us about Earth’s history and how its atmosphere evolved.

In particular, he said, he is fascinated by the atmospheres of super-Earths and Earth-sized exoplanets.