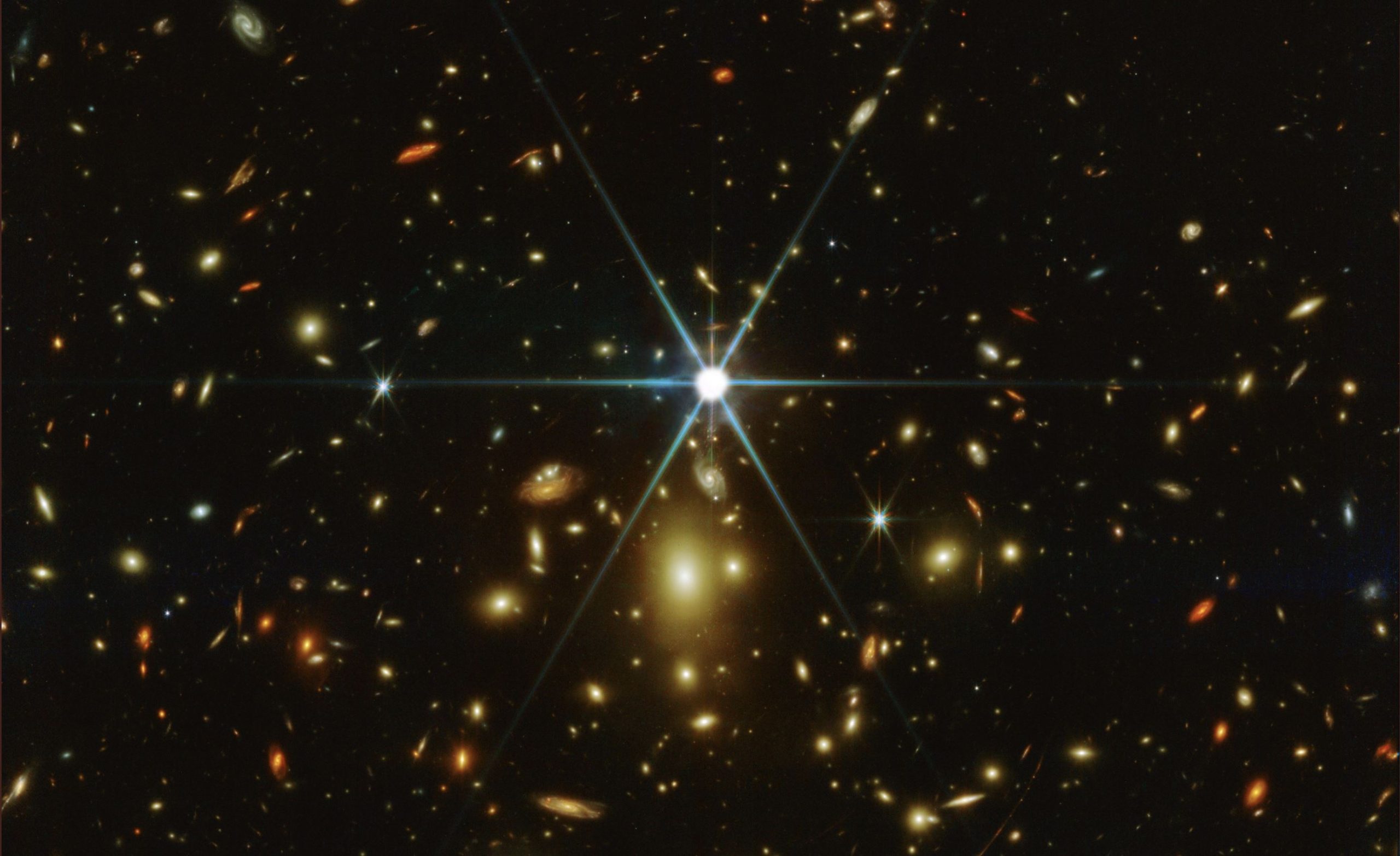 JWST has photographed a distant star whose light has traveled nearly 13 billion years to reach our world.

The Hubble Space Telescope continues making incredible discoveries as it peers into the vastness of our universe. Not only is Webb helping us better understand how our universe formed and how galaxies came into existence, but the space telescope is also expected to help astronomers better understand exoplanets across the galaxy and even possibly aid in the search for alien life.

Hubble’s successor, as NASA calls it, has also offered us an unprecedented view of galaxies, galactic clusters, and even planets in our solar system.

Now, JWST has spied on a star whose light has traveled nearly 13 billion years to reach our world.

A star that was announced only a few months ago by Webb’s predecessor, the Hubble Space Telescope, has been spotted by the James Webb Space Telescope.

Gravitational lensing in the Hubble Space Telescope deep field image led to the discovery of Earendel, named after a character in J.R.R. Tolkien’s “Lord of the Rings” prequel, The Silmarillion.

The earliest and most distant star discovered so far is Earendel (WHL0137-LS). Earth is 28 billion light-years away from it. It is almost twice as distant as Icarus (MACS J1149 Lensed Star 1), the previous record holder.

On Tuesday (Aug. 2), a group of astronomers released a tweet with an image of the faint star whose light traveled 12.9 billion light-years to reach Earth.

You can get an idea of where to look through the zoomed-in cut-out of the original Hubble image. In essence, Earendel is a tiny whitish spot within a cluster of distant galaxies. The elusive Earendel can be found by comparing Hubble’s image with Webb’s.

“We’re excited to share the first JWST image of Earendel, the most distant star known in our universe, lensed and magnified by a massive galaxy cluster,” the Cosmic Spring astronomers wrote in a tweet, noting that the observations occurred on Saturday (July 30).

We’re excited to share the first JWST image of Earendel, the most distant star known in our universe, lensed and magnified by a massive galaxy cluster. It was observed Saturday by JWST program 2282. pic.twitter.com/YoZZKRsdzf

This tweet references gravitational lensing, which is nature’s way of assisting astronomers. In this effect, light from objects behind extremely massive bodies, such as galaxy clusters and black holes, is bent. As a result, the light is magnified, albeit also distorted, when it passes by such a body, just like it would pass through a telescope’s lens. Hubble and Webb can therefore see farther and in greater detail by using gravitational lensing.

This telescope is designed to discover galaxies that emerged from the dark ages after the Big Bang, when the universe was a few hundred million years old.

However, the first generation of suns that formed at that time were thought to be impossible to observe individually. It is possible to see details within early stellar groupings by using gravitational lensing, however.

If you look up at the night sky, you probably won’t see Earendel; even gravitational lensing isn’t powerful enough to make it visible. Also known as WHL0137-LS, Earendel is located in the constellation Cetus.