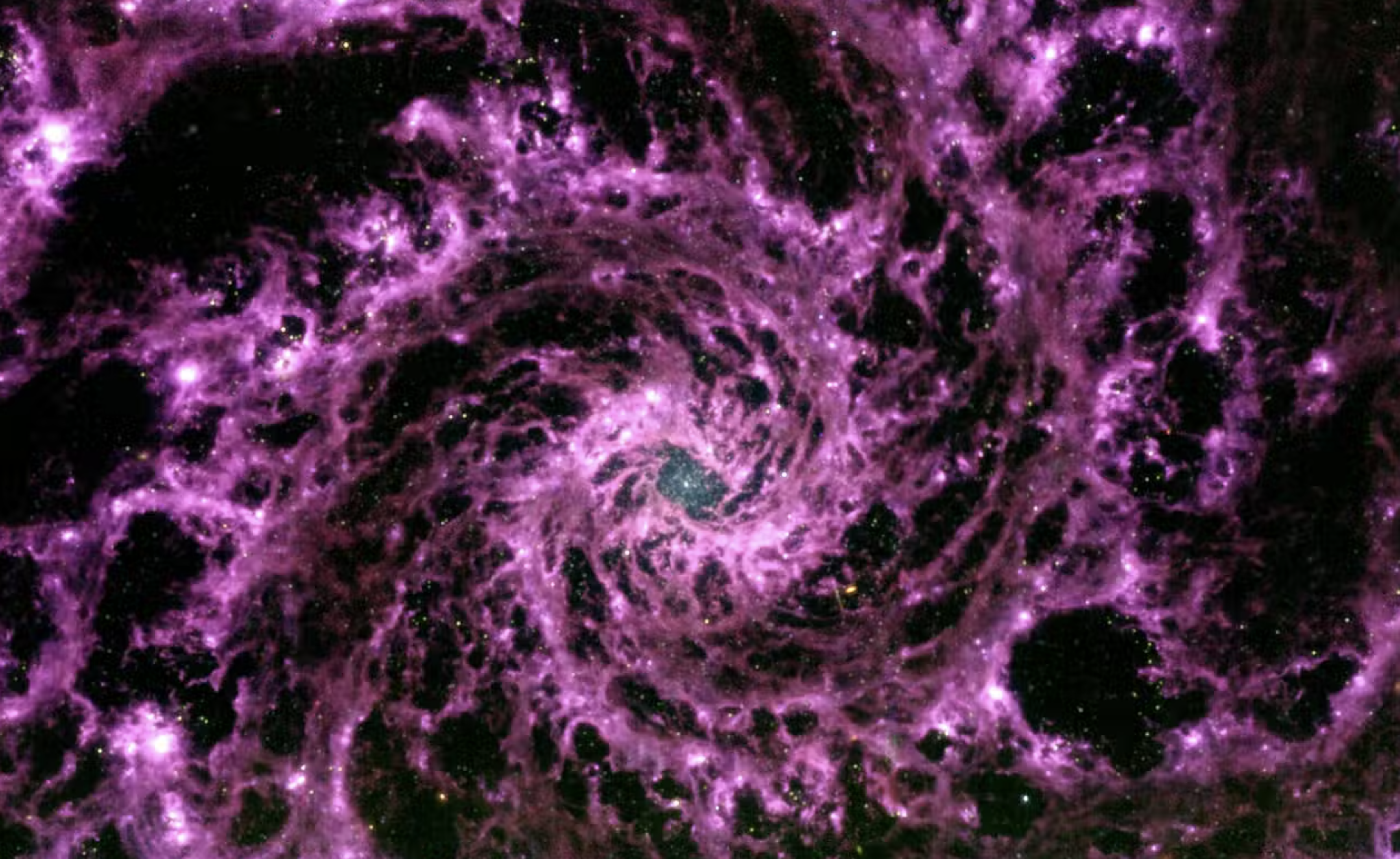 The James Webb Space Telescope has captured another stunning image in deep space. This time, the state-of-the-art telescope turned towards NGC 628 and revealed a swirling, dusty skeleton more like something from a Marvel movie than a spiral galaxy.

The monstrous people spiral of a nearby galaxy is just one of many Webb telescope images to come over the coming days, weeks, and years.

The new James Webb Space Telescope image shows NGC 628 as a swirling, dusty skeleton more like something from a Marvel movie than a spiral galaxy.

In an interview with The Independent, Gabriel Brammer, one of the researchers at the Cosmic Dawn Center at the Niels Bohr Institute at the University of Copenhagen, said the galaxy looks like our own Milky Way.

“You can see all these knots of individual stars forming; individual supernovae have gone off and really study that in detail, he told the Independent.

While the spiral arms of NGC 628 have been photographed before, Hubble Space Telescope images show them to be quite different from the purple spiral structure captured by Webb’s mid-infrared camera.

As Webb and other telescopes take visible images of the spiral arms, those dust lanes, which are reddish brown filaments, tend to block stars.

As it turns out, in the mid-infrared, what’s happening is the opposite, where the dust has stopped absorbing; instead, it’s actually emitted light, so we’re viewing dust directly,” Dr. Brammer said. So rather than seeing stars in this galaxy, we’re seeing gas and dust.

As it turns out, Webb took the image of NGC 628 on 17 July, which was transmitted back to Earth, where it was logged in Webb’s Barbara Mikulski Archive for Space Telescopes, and it’s available to the public.

Dr. Brammer’s own work is focused on looking at galaxies very far away, but on Monday morning, he saw the raw image in MAST and knew he wanted to colorize and share it.

The moment I saw it on my screen, I was blown away, he said. “It really just blew me away.”

The Webb telescope has hardly stood idle since Nasa revealed its first five full-color images on 12 July. According to Dr. Brammer, it is constantly taking images for the MAST archive. For astronomers who have waited 20 years for this opportunity, it’s extremely exciting.

“We’ve been waiting for Webb in some cases for decades now, and we’ve all been, not sleeping very much for the last week looking and kind of looking at as many different Webb images we can,” Dr. Brammer said. “It’s all just truly spectacular.”