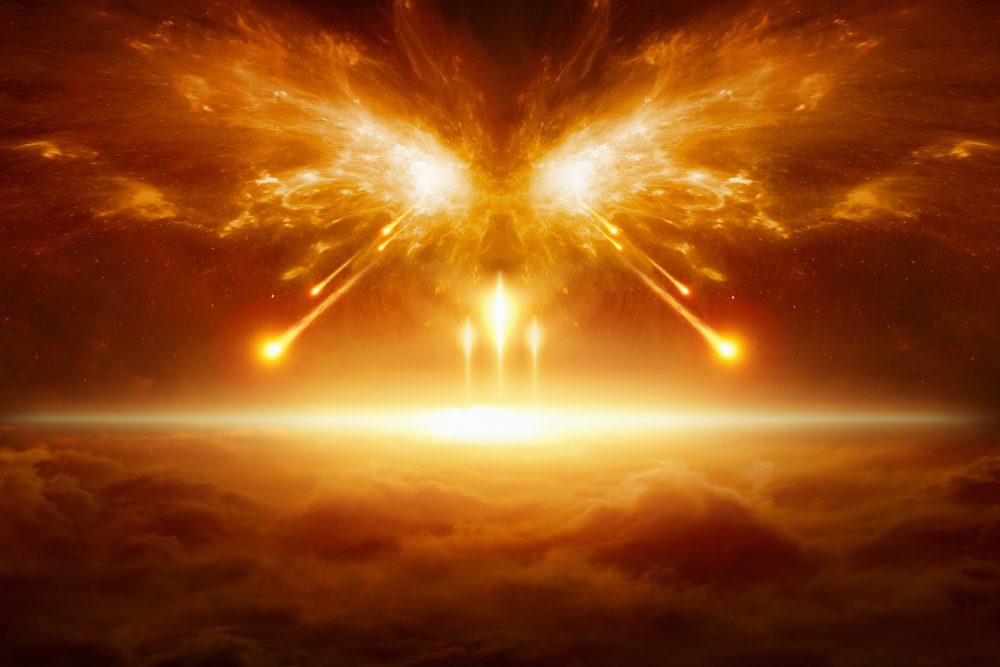 A number of alleged prophets including Baba Vanga and Nostradamus are said to have predicted 2020 would be a catastrophic year for humanity.

American prophet Jeane Dixon, a woman who predicted the murder of JFK, the assassination of Mahatma Gandhi, and the Launch of Sputnik supposedly predicted the Apocalypse would begin in the year 2020.

Of all psychics who have become famous on Earth, none are as perhaps as renowned as the French Astrologer Nostradamus, and Bulgarian prophet Baba Vanga.

However, these two alleged seers are not the only ones to have walked the Earth, making striking predictions along the way.

Another, perhaps less famous prophet, was born in the United States of America.

Jeane Dixon was one of the most famous American psychics and astrologers. She came to fame thanks to her syndicated newspaper astrology column and well-publicized predictions. She attributed her ability to predict the future as a gift of God.

Her most famous predictions is supposedly the assassination of President John F. Kennedy. Writing in the May 13, 1956 issue of Parade Magazine, the American seer made reference to the 1960 presidential election and how it would be “dominated by labor and won by a Democrat” who would then go on to “be assassinated or die in office though not necessarily in his first term.”

During her career, Dixon wrote as many as seven books; among which stand out a horoscope for dogs, and astrological cookbook, as well as her autobiography.

Precisely thanks to the autobiography is why she gained public awareness. The book titled A Gift of Prophecy: The Phenomenal Jeane Dixon was written by syndicated columnist Ruth Montgomery.

After being published in 1965, the book sold more than 3 million copies.

She gained such fame that president Richard Nixon decided to follow her predictions and prophecies. Nixon met Dixon in the Oval Office in 1971. The following year, she predicted terrorist attacks in the United States in the wake of the Munich massacre, something that influenced Nixon to decide the US should set up a committee on counterterrorism.

Eventually, Dixon became on the many astrologers who gave advice to Nancy Reagan.

The American seer predicted numerous events, many of which never actually happened. She claimed that the world would come to an end in 1962. Its 2020, and we are still here, so obviously she got that one wrong. However, it is noteworthy to mention that a global catastrophe could have taken place in 1962 when the Cuban Missle Crisis launched the world to the brink of a nuclear war.

Dixon falsely predicted the USSR would be the first nation on Earth to successfully land an astronaut on the surface of the Moon.

In 1969 Dixon was asked to find Dennis Lloyd Martin, a six-year-old boy who had gone missing in Tennessee. Regrettably, she never managed to find him.

Dixon also predicted that a dispute over the offshore Chinese islands of Quemoy and Matsu would give rise to World War III in 1958.

The unfulfilled prophecies of Dixon led a mathematician at Temple University, John Allen Paulos to coin the term “the Jeane Dixon effect.”

The Jeane Dixon effect references to the tendency of promoting no more than a few accurate predictions while ignoring a larger number of incorrect ones.

Nonetheless, the American psychic did predict a number of future events correctly:

According to Alamogordo, these include:

Interestingly, one of the more curious prophecies made by Dixon is the apocalypse which the American seer said would start in 2020.

She said that Armageddon would take place in 20202 and that Jesus would return to defeat the unholy trinity between 2020 and 2037.

Interestingly, the French Astrologer Nostradamus is also said to have supposedly predicted 2020 as a catastrophic year for humanity.

It has been argued that Nostradamus may have predicted that in the year 2020, World War III would take place.

Nostradamus apparently wrote:  “In the city of God, there will be a great thunder. Two brothers torn apart by Chaos while the fortress endures. The great leader will succumb. The third big war will begin when the big city is burning.” This quatrain is supposedly interpreted as a possible new World War.

Baba Vanga is another seer who supposedly made grim predictions for 2020.

Although Vanga did not predict the apocalypse for 2020, she did foresee that Pakistan, China, Japan, and Alaska would be hit by a massive water surge in 2020. She is also said to have predicted that a 7.5-magnitude earthquake will hit Asia in 2020. Vanga also claimed that a meteor would hit Russia this year.

However, despite the fact that many alleged seers may have accurately predicted certain events, skeptics have argued that these predictions were exploited fallaciously in many ways.

From a skeptical point of view, the supposed predictions of the future made by several “prophets” are no more than re-interpretations that have been fittingly and accordingly adjusted to our times, in order to fit certain historical events retrospectively.