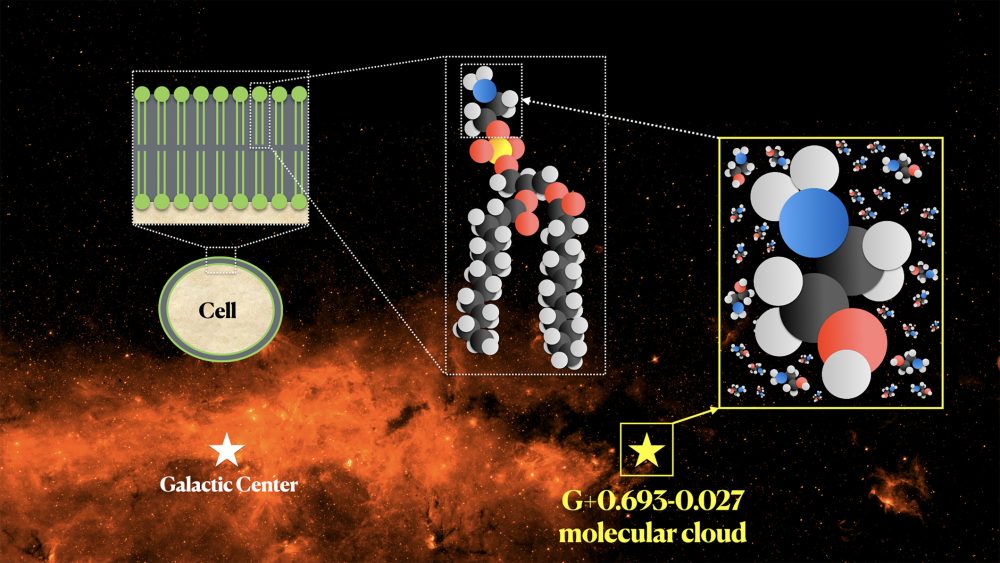 Another building block of life discovered in a molecular cloud.

Spanish astronomers have discovered the spectral signature of one of the most important molecules in the cell membrane – ethanolamine – in a dense cloud of dust and gas in deep space, in the center of the Milky Way.

The presence of ethanolamine indicates that the “building blocks of life” really formed in interstellar space and could, at a certain stage, give impetus to the assembly and early evolution of primitive cell membranes both on Earth and on many other worlds.

10 Things you should know about ethanolamine in space

1. A group of astronomers has detected a clear signal of the prebiotic ethanolamine in the region of the molecular cloud G + 0.693 using the 30-meter IRAM telescope located in the Sierra Nevada mountains.

2. In the same region of the Milky Way, an organic molecule was found last year, which also plays a major role in the formation of amino acids. This was the molecule propargylimine, which albeit unstable on Earth, has been found thriving in the interstellar environment.

3. Previously, ethanolamine was found in small amounts in meteorites, although scientists were not sure if this was the original form or the result of the decay of other organics.

4. However, dark molecular clouds, where stars have not yet formed, are ideal places for complex organic molecules.

5. Ethanolamine is part of the head of phospholipids, which are found in all living cells, are part of cell membranes, and are involved in the delivery of fats, fatty acids, and cholesterol.

6. The discovery of ethanolamine provides evidence for “molecular panspermia,” the idea that this molecule could form in interstellar space. Then, at a certain stage, it could give impetus to the assembly and early evolution of primitive cell membranes both on Earth and on many other worlds. It would become part of planetesimals, celestial bodies orbiting protostars.

7. Scientists speculate that the presence of ethanolamine on the young Earth, along with amphiphilic fatty acids or alcohols, probably contributed to the assembly and early evolution of primitive cell membranes.

8. This theory is supported by experiments simulating conditions in the early years of our planet’s life.

9. It is also known that without these cells, life would never have become possible according to the existing models. Possibly, it would have found another way but in the way we understand it, it would not be possible.

10. Under the right conditions – for example, in underwater hydrothermal vents, where life on Earth could have originated – ethanolamine helps form the amino acid glycine. In turn, proteins are formed from amino acids.

Both last year’s discovery of propargylimine and the recent discovery of ethanolamine were made by the same researcher – Victor Rivilla. His team’s work is far from complete. They will continue their search for other key building blocks of life in space.

The ultimate goal is to see whether phospholipids could form into space entirely which would probably be one of the greatest discoveries in history. 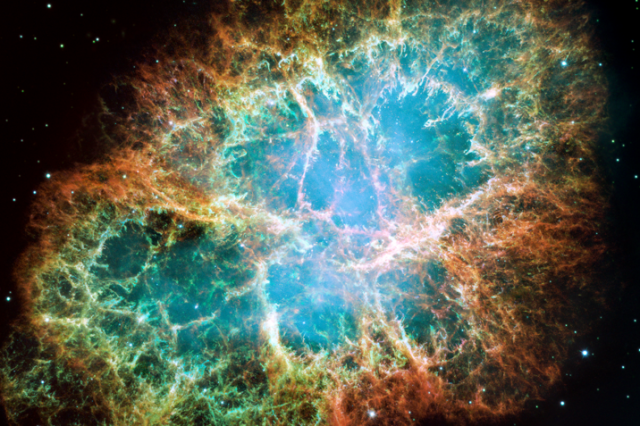