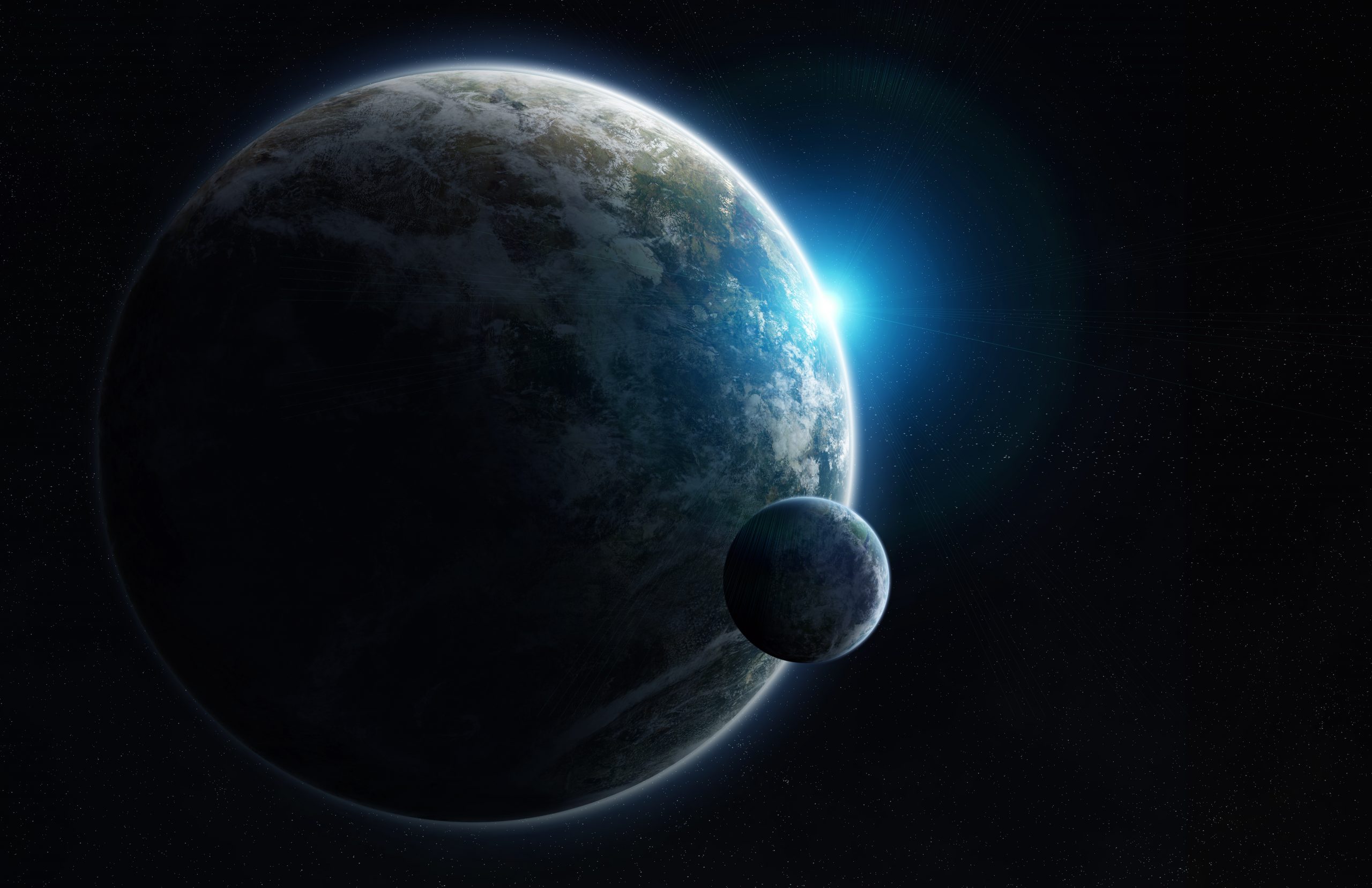 When astronomers observe exoplanets with telescopes, their light may be contaminated by that of other planets in the same star system.

A NASA study found that exoplanet light may be contaminated by that of other planets in the same star system when astronomers observe them with telescopes.

According to a new NASA study, light from exoplanets could be contaminated by light from other planets in the same star system when scientists point a telescope at them.

In the study, published in August 2022, researchers modeled how this “photobombing” effect would impact a space telescope powered by advanced technology that could detect potentially habitable exoplanets. They also suggested ways to overcome this difficulty.

It is possible that, if you watched Earth sit next to Mars or Venus from a distant angle, you would think they were the same object, says Dr. Prabal Saxena, a scientist at NASA’s Goddard Space Flight Center in Greenbelt, Maryland.

The photobombing effect is explained using our own solar system as an analogy.

“For example, depending on the observation, an exo-Earth could be hiding in [light from] what we mistakenly believe is a large exo-Venus,” said Dr. Saxena.

Generally speaking, Venus’s surface temperatures are too hot for habitability, so this mixing could prevent scientists from discovering another habitable planet. On an unrelated note, much has been said about Venus lately in the scientific community, and some researchers argue that Phosphene in Venus’ atmosphere could be a sign of alien life.

A telescope can collect information about the possibility of life on distant worlds by analyzing light from them. Approximately 30 stars similar to our Sun are found within just 30 light-years of our solar system. A light-year is the distance light travels in a year, and it is almost six trillion miles (over nine trillion kilometers).

As a result of a planet’s point spread function (PSF), observations of one planet can be contaminated by light from another planet in the system. PSF describes an image formed by bending or spreading of light waves around an opening caused by light from a source that is much farther away (such as an exoplanet) than the source.

In order to obtain a PSF for an object, we need to know the aperture size of the telescope (the amount of light that is collected) and the wavelength at which we observe the object. It is possible for worlds around distant stars to have their PSF resolved in such a way that it appears that two nearby planets or a planet and moon are merging into a single object.

As a result, the data gathered by scientists about such an Earth analog may be skewed or influenced by whichever planet or planets photobomb the planet in question, which could make it more difficult or impossible to detect and confirm an exo-Earth, a planet beyond our solar system that looks like Earth.

According to Saxena, using a telescope similar to that recommended in the 2020 Astrophysics Decadal Survey, otherworldly astronomers could view Earth from more than 30 light-years away.

Saxena noted that such a telescope could often detect exo-Earths beyond 30 light-years distance mixing with other planets in their systems, including those outside of the habitable zone, at various wavelengths.

Habitable zones, or the Goldilocks zone, are those regions of space around stars where the amount of starlight allows liquid water to exist on a planet’s surface.

The problem of photobombing can be addressed in multiple ways. To mitigate the possibility of photobombing skewing a study’s results, new methods are being developed for processing data gathered by telescopes.

By studying systems over time, it may also be possible to avoid planets with close orbits appearing in each other’s PSFs. Furthermore, Saxena’s study discusses how multiple telescope observations or increasing the telescope’s size could reduce the photobombing effect.

To inspire and benefit humanity, NASA strives to discover and understand exoplanets and determine whether any can support life.

The American Space Agency has also added UFOs to their list of studies, even setting up a dedicated research group that will look into the unidentified flying object phenomena in an attempt to figure out whether some UFO sightings in space and Earth are indeed technologies that do not come from Earth.