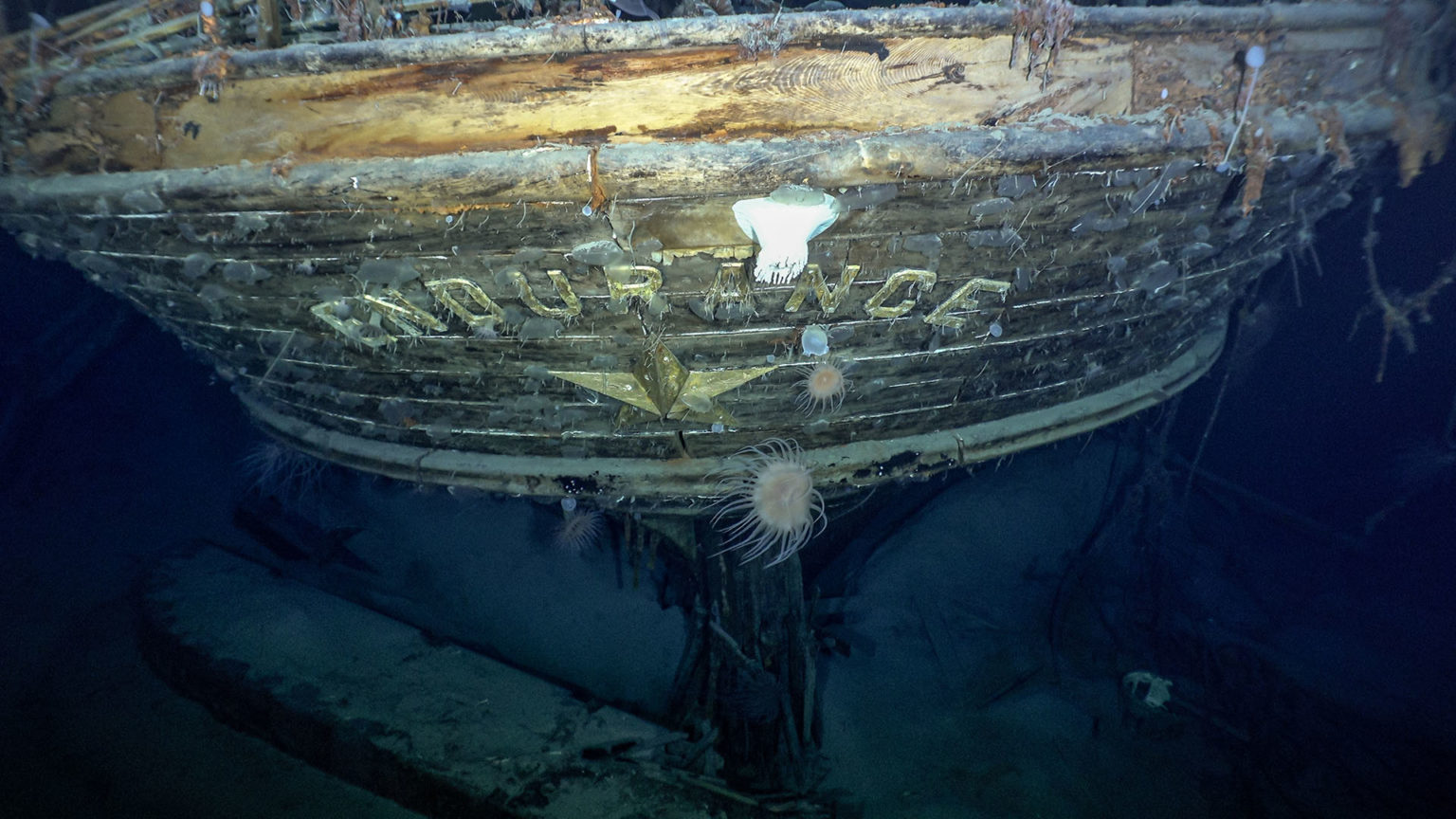 A team of researchers from the Falkland Islands Maritime Heritage Foundation announced the discovery of the Endurance, the search for which resumed in early 2022. This ship, which sank off the coast of Antarctica in 1915, was found in the Weddell Sea at a depth of more than three kilometers.

Speaking of Antarctic explorers, not everyone now remembers Sir Ernest Shackleton. Most likely, this is due to the fact that even his contemporaries did not fully appreciate what the Endurance team faced and overcame (Endurance). And this is understandable – there was the First World War.

In 1914, the Imperial Transantarctic Expedition, led by Sir Ernest Shackleton, began the purpose of which was to cross overland throughout Antarctica.

However, the ship encountered dense ice already in December 1914 and began to drift. In the autumn of the following year, the expedition members finally left the ship, squeezed by ice, which soon sank. Despite the most difficult conditions, the crew of the Endurance managed to escape.

Modern explorers have repeatedly attempted to find the sunken ship. It was assumed that the wreckage of the ice-crushed Endurance was well preserved, as it was all these years in conditions of extreme cold, lack of light, and low oxygen levels. The next major search expedition, Endurance22, launched in early 2022 from Cape Town.

The Endurance22 team, led by John Shears, reported that they were able to locate the wreckage of the Endurance. This was done during the survey of the search area in the Weddell Sea. According to scientists, Ernest Shackleton’s ship was at a depth of 3008 meters.

Polar explorers conducted their work from the South African ship “Agulhas II”, which had been preparing for the expedition for two years. The Saab Sabertooth underwater search vehicles, equipped with the necessary sensors, lights, and cameras, made it possible to find the Endurance.

British maritime archaeologist who participated in the expedition, Mensun Bound (Mensun Bound) reported that the discovered ship was in excellent condition.

“It stands upright, holds well on the seabed, is intact, and is in excellent condition. You can even see the Endurance sign on the stern.”

The wreck is protected as a historic site and monument under the Antarctic Treaty, which ensures that the wreck cannot be touched or disturbed in any way during surveys.