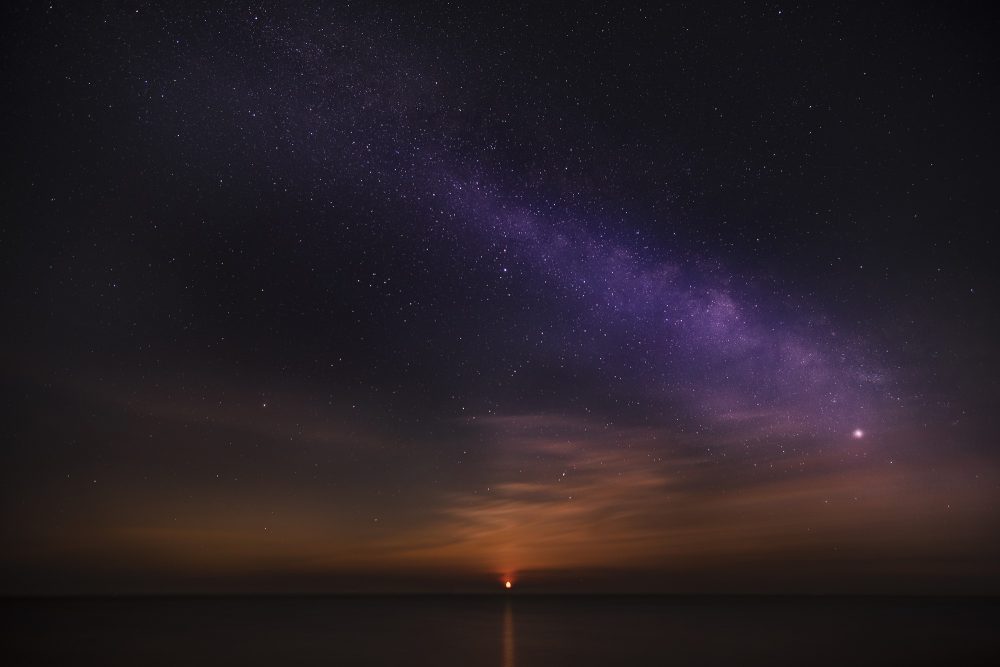 Weather Permitting--October 2020 Is the perfect month to observe the red planet. Mars is expected to outshine not only Jupiter but Sirius as well, in a cosmic event that will not repeat until the year 2035.

Mars will be closer to our planet and will look brighter than Jupiter and Sirius, in a spectacular cosmic phenomenon that will not be repeated in the sky until 2035. Get your telescopes and cameras ready to observe one of the most majestic appearances of Mars in the night sky.

If the sky is clear and the weather is good at night, during the next few weeks, you will see a dazzling Mars that, despite the trite nickname of “red planet,” will show its true hue: a yellowish orange, the color of the arid desert under the sun — which is exactly what you’re seeing.

But what is the reason that Mars–named after the Roman god of war, is going to stand out so much in the night sky?

The answer is known in astronomy as “perihelic opposition,” the moment when the Earth is located between the Sun and another planet in the solar system that is aligned at the closest point of its orbit with respect to ours.

In the case of Mars, due to its high eccentricity, a phenomenon of this type occurs every 15 or 17 years, which means that Mars won’t be as close to the Earth as it will be in October until the year 2035.

I’d say that’s a pretty good reason to gather a few friends, set up a telescope, and organize a cosmic party.

The closest approach to Mars usually occurs days before or after opposition. This year it will occur on October 6, when our reddish neighbor will be located just over 62 million kilometers away (at that time, a ray of light between Earth and Mars would take 3 minutes and 27 seconds to travel the distance).

The opposition will take place a week later, on October 13.

But even after that date, Mars will continue to put on a show in the sky, which will run well into November.

Its orange glow will outshine the giant Jupiter and rival the star Sirius, the brightest star in the entire night sky as seen from Earth.

As revealed by NASA, “the gas giant Jupiter affects the orbit of Mars. Also, the orbits of Earth and Mars don’t lie in quite the same plane. The paths the planets take around the sun are slightly tilted with respect to each other. This means that some perihelic oppositions bring us closer together than others. The 2003 opposition was the closest approach in almost 60,000 years.”

Weather permitting, I will certainly set up my skywatcher telescope and camera hoping to snap a few images of the event which I will share on Flickr, my Facebook Page, and of course, Curiosmos.

The red planet has attracted much-deserved attention in recent years and months. As you read this, the Perseverance Rover mission is heading towards the red planet, expected to land on its surface in February 2021. This mission is of great importance as it will carry a plethora of scientific tools that will help scientists search for traces of present and past life on Mars.

Recently, the hopes of finding alien life on Mars have increased as a study confirmed the existence of a massive subterranean lake beneath Mars’ north pole and revealed three new underground saltwater lakes.