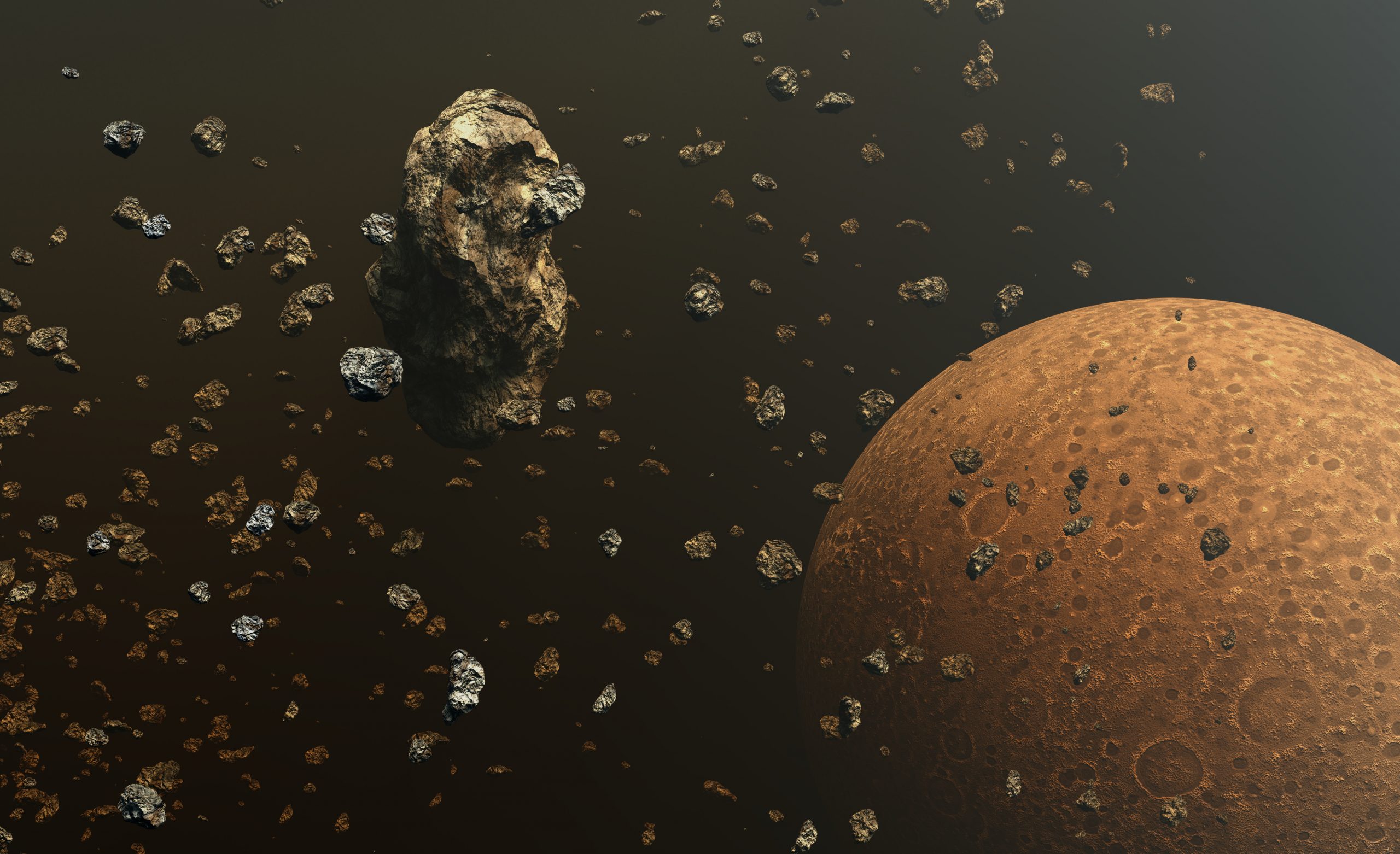 Planetologists, having studied the substance of the Martian meteorite ALH 84001, came to the conclusion that the organic substances found in it were formed due to two different mechanisms of abiotic organic synthesis, which could have taken place on ancient Mars in the late Noachian period.

The question of the existence of life on Mars has been studied in detail for many decades. The presence of organic matter in Martian rocks was confirmed both by studies by automatic stations on the surface of the planet and by the analysis of meteorites of Martian origin found on Earth.

Chloromethane was discovered by the Viking missions, and NASA’s Curiosity rover found a variety of organic molecules and compounds in sedimentary rocks from the 3.5 billion-year-old Gale Crater. However, little is known about the origin, distribution, conservation, and evolution of these organic substances, as well as their possible relationship to biological activity on Mars.

Earlier analysis of the ALH 84001 meteorite

ALH 84001 was found in 1984 in Antarctica and is one of the few meteorites that hit Earth from Mars. It is considered one of the oldest known Martian rocks, having formed during the Noachian period, approximately 4.09 billion years ago. The meteorite is mainly orthopyroxene and contains carbonate globules, the formation of which is associated with the presence of liquid water on Mars 3.9 billion years ago.

ALH 84001 gained worldwide fame in 1996 when structures similar to microbial fossils were found in its composition, but this was later recognized as a mistake. There are a number of hypotheses that explain the origin of organic compounds (including nitrogen-containing compounds) found in the meteorite, such as abiotic processes (impacts, eruptions, hydrothermal processes), the result of the vital activity of potential ancient Martian organisms, or pollution by terrestrial substances.

New discoveries about ALH 84001 and its composition

The scientists concluded that the material of the meteorite was indeed exposed to liquid water, although not for long. At the same time, the phase associations found in the sample, such as amorphous silica, talc-like phases, magnetite, and carbonates rich in iron, magnesium, and calcium, are similar to those observed in terrestrial rocks that have undergone serpentinization and/or mineral carbonation.

This means that similar processes were at work on ancient Mars.

The simplest explanation is that these substances are the reaction products of orthopyroxene with neutral to high pH hydrothermal fluid. The deuterium-rich organic material is combined with nanophase magnetite; it is assumed that its synthesis occurred similarly to the serpentinization of terrestrial rocks, which led to the formation of aromatic, aliphatic, carbonyl, carboxyl, and carbonate compounds.

The similarity of the organics in ALH 84001 to the material of the 600-million-year-old Tissint meteorite (another Martian meteorite that hit Earth in 2011) indicates that abiotic organic synthesis reactions took place on Mars throughout most of its history, which are not associated with the activity of any microorganisms. Similar reactions can explain the presence of methane in the Martian atmosphere.

Unfortunately, at this point, nothing can prove that life ever existed on the Red Planet.