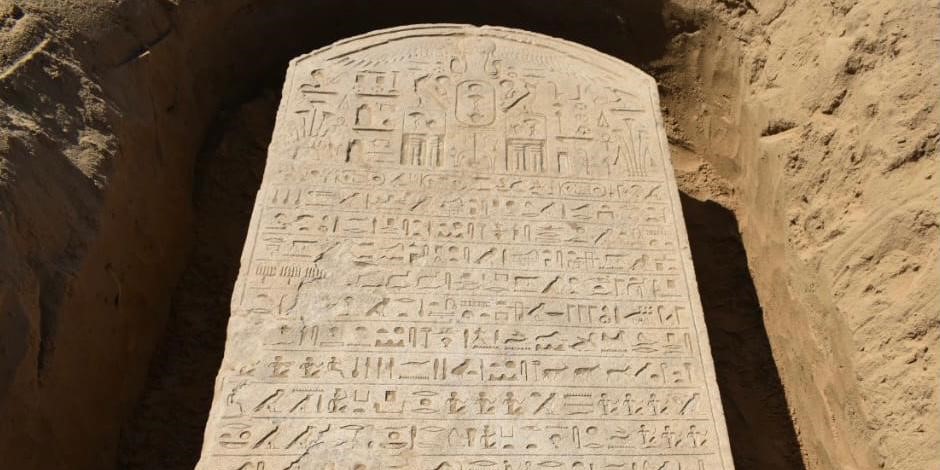 A farmer discovered this monument while preparing his land for cultivation.

A sandstone slab covered with hieroglyphic inscriptions was discovered by a resident of the Egyptian city of Ismailia. It turned out to be a border stele, installed in the Late Period of Egyptian history. In the near future, the valuable find, dating from the beginning of the 6th century BC, will be exhibited in a local museum. The discovery was announced by the Egyptian Ministry of Tourism and Antiquities on Facebook.

The VII-VI centuries BC are marked by the era of the rule of the 26th dynasty, the last royal house that ruled the country before the Persian conquest.

In Egyptology, the beginning of the Late Period is associated with this dynasty of pharaohs – the time of the struggle to preserve the integrity of Egypt and for its independence from foreign invaders.

This struggle ended in defeat: in 525 BC, Egypt fell under the rule of the Persian state of the Achaemenids, and in 332 BC it became part of the state of Alexander the Great.

The Sais dynasty, named after the city in the Delta, which became the capital, came to power after a difficult period of the Assyrian conquest and managed to restore the dying Egyptian statehood for more than a century and a half.

The pharaohs of the XXVI dynasty constantly had to face internal and foreign policy problems, but the spiritual culture of Egypt at this time experienced an upsurge associated with an appeal to ancient sources.

Many monuments of art and literature have come down to us from the Sais era. And now, a new unexpected find turned out to be associated with the military and political history of Egypt at this difficult time.

The ancient monument was found by a resident of Ismailia, a city in the central part of the Isthmus of Suez. In the Sais era, it was an important border area, and the Egyptians fought dearly to keep their influence here.

Due to the fact that the citizen who discovered the Egyptian stele immediately reported his find to the police service of the Ministry of Tourism and Antiquities, the slab immediately fell into the possession of scientists.

The monument is 230 centimeters high, 103 centimeters wide, and 45 centimeters thick. In the upper part, there is a depiction of a winged solar disk with two cobras, under which is engraved a cartouche of the Pharaoh Wahibre Haaibre, whose name is better known in its Greek form – Apries. Below are 15 lines of hieroglyphic text.

Apries was the fourth king of the XXVI dynasty and ruled in 589-570 BC. During his reign, Egypt tried to defend its interests in Phoenicia and in Palestine against the New Babylonian kingdom, but this confrontation ended in political and military failure.

The Babylonian troops approached the very borders of Egypt, and Apries was forced to sign peace with King Nebuchadnezzar II on unfavorable terms in 582 BC.

During the reign of Apries, the rise of the country began to give way to decline, and at the end of his reign, civil war broke out and the Babylonian troops invaded Egypt. The pharaoh died in an internecine struggle, and Ahmose II (Amasis) became the new king.

Experts explained that this Egyptian stele is one of the boundary markers that were placed on the northeastern border of Egypt during the confrontation with Babylon. This means that the find itself is not extremely rare. Yet, it is incredible how well preserved the stele is.

In the near future, the monument will be exhibited at the Museum of Antiquities of Ismailia. 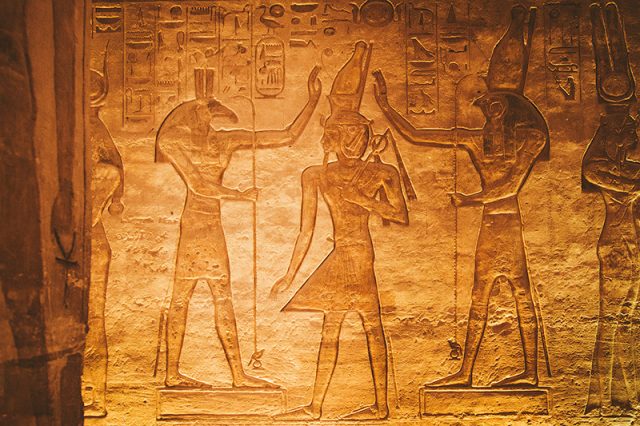 Here’s How The First Tax In History Was Born 5,000 Years Ago in Ancient Egypt