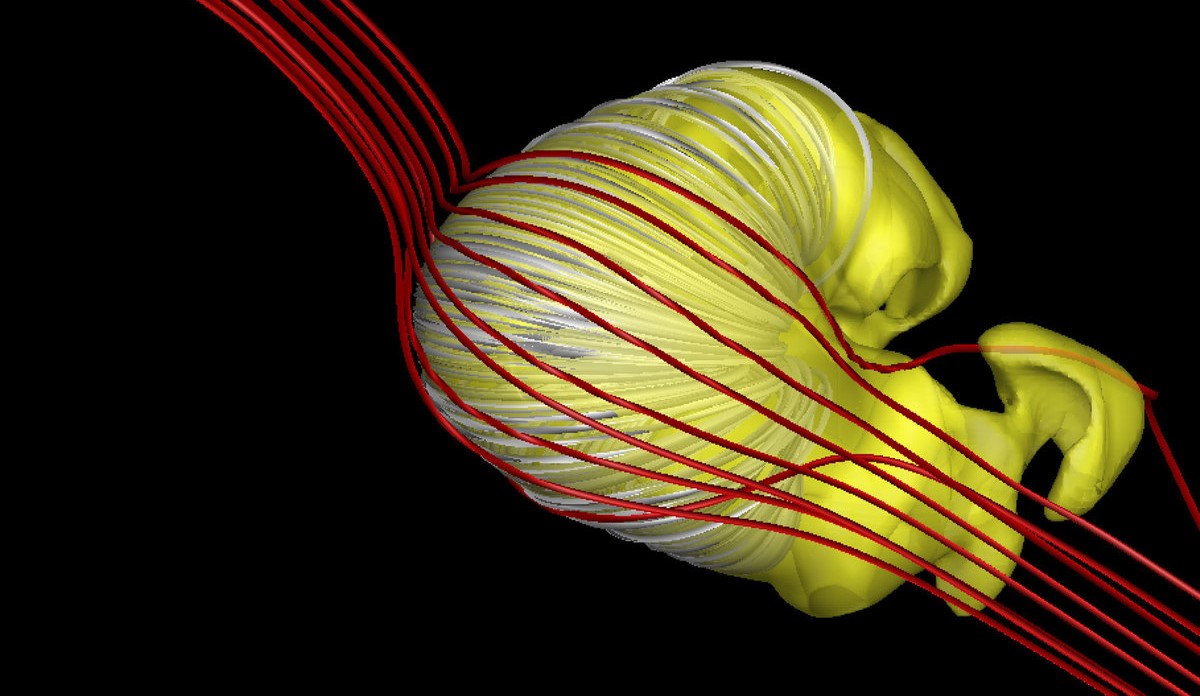 Scientists have found new evidence about the weird shape of the heliosphere.

Back in 2020, astronomers envisioned that the heliosphere – a bubble that surrounds the Solar System and protects life on Earth – might have the shape of a croissant. As unusual as this sounds, researchers have now reached new conclusions in support of that theory, based on advanced computer simulations.

What happens when you move away from the center of the Solar System?

In addition to electromagnetic radiation, the Sun is also a source of the solar wind, that is, streams of particles – primarily protons and electrons. The solar wind is constantly emanating from the star, while it forms a supersonic stream.

Even far from the Sun, there is no void, but a medium filled with particles. Consequently, as in any medium in which there are particles, it is possible to determine the speed of sound in it, which corresponds to the speed of propagation of small disturbances. The speed of the solar wind, for example, in Earth’s orbit, ranges from 400 to 700 kilometers per second, and this is about 10 times the speed of sound in near-Earth plasma.

The solar system, in turn, is located in the local interstellar medium, which is also filled with protons and electrons – interstellar plasma. The sun moves through this plasma, which can be compared to the movement of an airplane in the air.

The result is the interaction of two streams: the spherically symmetric solar wind, which spreads from the star in all directions, and if we look in the coordinate system associated with the Sun, the flow of interstellar plasma running on us.

These two streams collide with each other, forming a region of interaction, which consists of several boundaries. If we move further from the Sun, then at some distance there comes a moment when the pressures of these two colliding streams – the solar wind from the inside and the interstellar plasma outside – equalize. In this place, the heliopause is formed, and the space inside it is called the heliosphere.

What is the heliosphere?

The main question for years has been the actual shape of the heliosphere. Based on data from the Voyager 1 spacecraft and the Cassini mission, in 2020, researchers suggested that it might actually have the shape of a croissant. A new study might have found evidence to support this weird theory.

The shape of the heliosphere

Several American automatic interplanetary stations, sent many years ago to explore the giant planets and Pluto, have managed to visit the borders of the Solar System.

These include the two Voyager probes, two Pioneers, and New Horizons. So far, only Voyager 1 and Voyager 2 have crossed the border of the heliosphere directly and are currently moving through interstellar space.

Based on the data obtained by these probes, as well as theoretical studies and the SHIELD (Solar-wind with Hydrogen Ion Exchange and Large-scale Dynamics) model, it was possible to construct a hypothetical shape of the heliosphere.

Unlike models of the heliosphere developed by other astrophysicists, which usually draw a comet-like border with a long tail extending behind the coma head, the SHIELD model suggests that the heliosphere’s shape is more like a croissant or a weirdly bitten donut, with an unstable border.

In a new study, scientists attribute this shape to the action of two twin heliospheric jets escaping from the solar poles, similar to the way relativistic jets of black holes or other superdense objects act.

These jets are unstable and form irregular pillars, which are then discarded and distorted by the incoming flow of interstellar matter. In this case, neutral hydrogen atoms of interstellar space flowing around the solar system can play a key role in the formation of the outlines of the heliosphere.

In the end, all these flows form the protective bubble that surrounds the planets and, in particular, protects life on Earth from most of the high-energy cosmic rays emanating from supernovae and other extreme objects in the universe. This breakthrough discovery now raises another question – why is this the only model that shows this shape of the heliosphere while all previous attempts got completely different results? 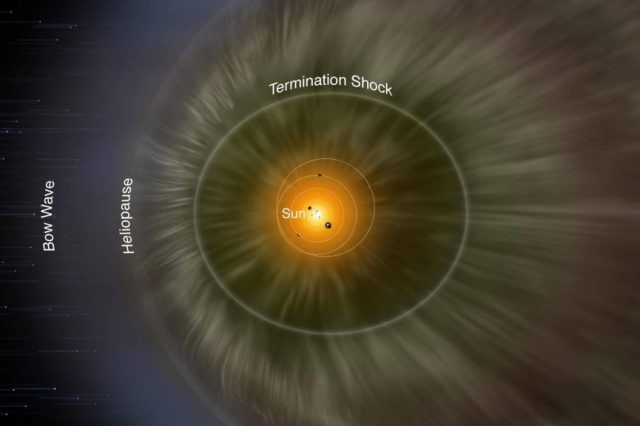