By exploring the dense jungles of Belize with LiDAR technology, archeologists have revealed the true extent and impact of the settlements of this ancient civilization. It has now been suggested that based on their agricultural activities, the ancient Maya may have directly contributed to climate change thousands of years ago.

Scientists obtained more than 250 square kilometers (96 square miles) of airborne light detection and ranging imagery (LIDAR) in order to map the surface beneath the dense forest, revealing an expansive ancient wetland field and canal system which the ancient Maya made use of for farming and trade throughout different periods of population shifts, rising sea levels and periods of drought.

The recently published study reveals that beneath the trees of the dense Belizean jungles are the remains of a huge network of transport channels and fields forming a grid that was built by the ancient Mayan civilization.

The researchers estimate that the network occupied 14 square kilometers, nearly three times larger than the urban center of a city like Paris.

Archeological excavations at six different points show that the area was extremely active especially during the last part of the classic period, around 1,200 years ago. It was a stage of maximum expansion of this civilization that occupied areas of southern Mexico, Guatemala, and Belize. The most recent remains reach the postclassic, dating back to around 900 years ago, and near the time when the Maya left their cities and their civilization collapsed for reasons that have not yet been fully understood.

Mayan cities like Tikal, in Guatemala, are famous for their majestic temples. They came to have a population density comparable to that of some contemporary cities. Until before the arrival of LiDAR, scientists had no idea how the ancient Maya were able to feed such a large population. We know that they did, we just didn’t know how they made it possible.

The new research has revealed that the ancient Maya responded to population and environmental pressures by creating massive agricultural features in wetlands, potentially increasing atmospheric CO2 and methane through burning events and farming.

“We now are beginning to understand the full human imprint of the Anthropocene in tropical forests,” said Tim Beach, the study’s lead author, who holds the C.B. Smith, Sr. Centennial Chair. “These large and complex wetland networks may have changed climate long before industrialization, and these may be the answer to the long-standing question of how a great rainforest civilization fed itself.”

The evidence discovered by archeologists indicates that the ancient Maya faced environmental pressures, including rising sea levels in the Preclassic and Classic periods — 3,000 to 1,000 years ago — and droughts during the Late/Terminal Classic and Early Postclassic periods — 1,200 to 900 years ago. The ancient civilization responded to such pressures by transforming forests to wetland field complexes and digging canals to manage water quality and quantity.

“These perennial wetlands were very attractive during the severe Maya droughts, but the Maya also had to be careful with water quality to maintain productivity and human health,” explained Sheryl Luzzadder-Beach, the study’s co-author.

The new study has also suggested that the ancient Maya may have responded to large population changes and food production demands around 1,800 years ago by expanding their network of cultivation fields and canals in areas accessible by canoe to the broader Maya world. The fields revealed traces of a number of ancient food species such as maize, but also a number of anima shells and bones, indicative of widespread protein harvesting.

These expansive actions may have increased atmospheric CO2, through burning events; and methane, through the creation of wetland farming.

The scientists have discovered that the largest premodern increase of methane in the atmosphere –from 2000 to 1,00 years ago happens to coincide with the rise of the ancient Maya wetland networks as well as those from other civilizations in South America and Asia.

“Even these small changes may have warmed the planet, which provides a sobering perspective for the order of magnitude greater changes over the last century that are accelerating into the future,” Beach explained. 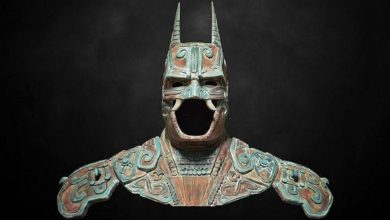 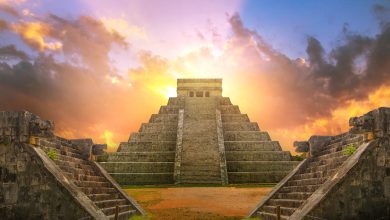 7 Things You Should Know About Camazotz, the Ancient Maya Bat Man God Worshipped 2,500 Years Ago 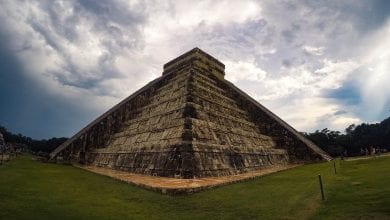 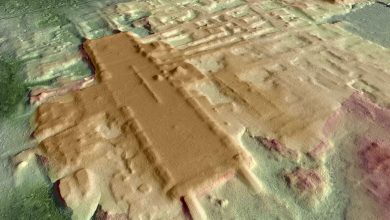