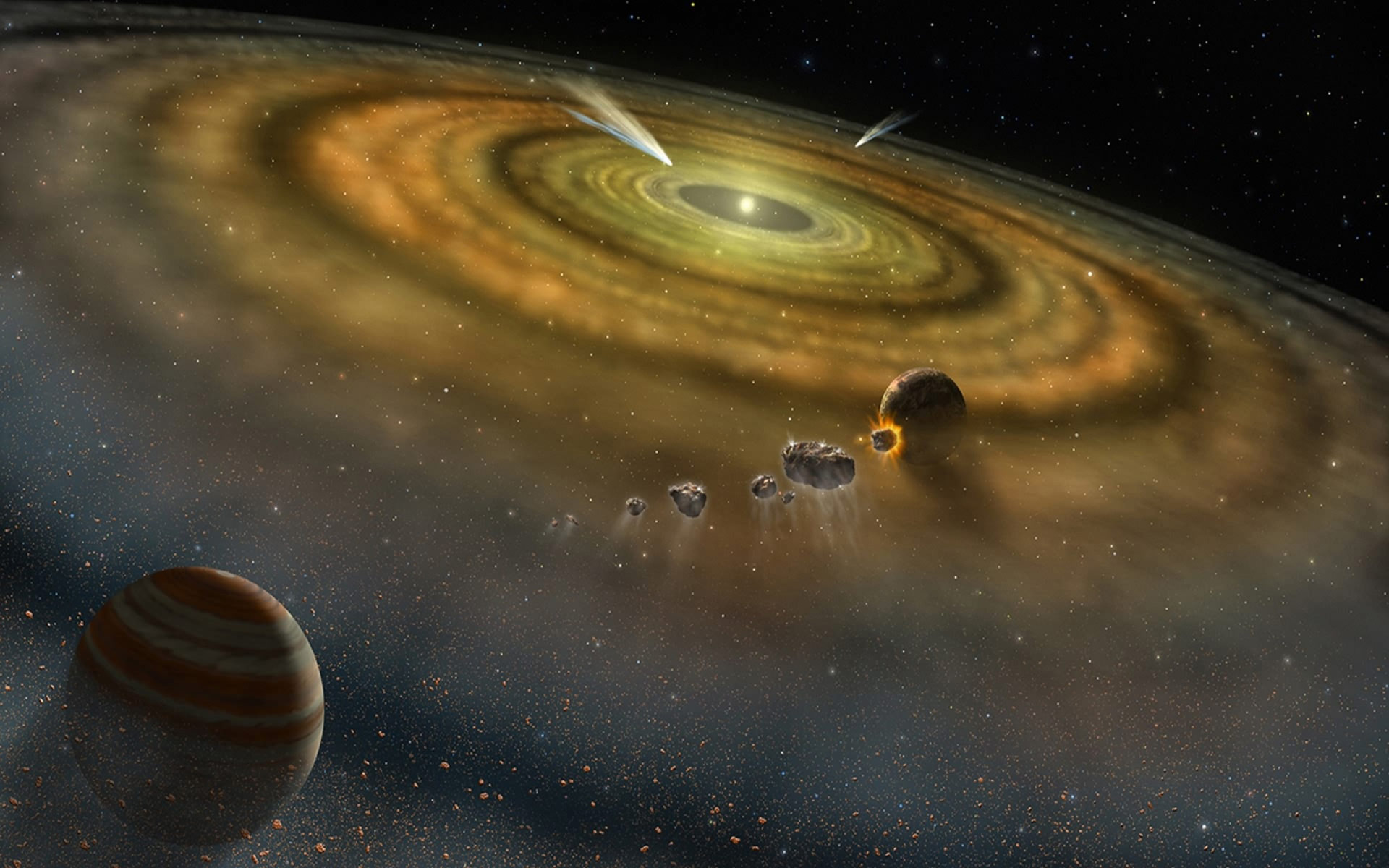 Using the ALMA radio telescope, dimethyl ether was detected in a planet-forming disc. It is the largest molecule ever found in these clumps of gas and dust.

Observing what lies within a circumstellar disc is critical to discovering important insights into the formation of planetary systems. This is exactly what happened to a group of researchers from the Leiden Observatory.

Using data collected by the ALMA (Atamaca Large Millimeter/Submillimeter Array) telescope, the team discovered a molecule never before seen inside a disc. It is dimethyl ether, an organic molecule commonly found in star-forming clouds.

Astronomers discovered the largest molecule in the disc of a star

IRS 48 is the name of the young star around which the disk studied by ALMA, also known as Oph-IRS 48, is developing. It is located at a distance of 444 light-years from Earth and is a particularly interesting object to study. In fact, the disk has an asymmetrical cashew-shaped structure called a dust trap.

This particular cluster of millimeter grains could have resulted from the formation of a planet in the disk or due to the presence of a binary companion star. It was recently discovered that this trap contains ice grains that can hide complex molecules. The latter are released when the ice is sublimated by the heat of the star. That’s when they can be discovered. The ALMA data revealed traces of dimethyl ether as well as other complex molecules such as methyl formate.

Alice Booth, researcher, and co-author of a paper published in the journal Astronomy & Astrophysics said this about the discovery: “It’s very interesting to finally find these large molecules in disks. For a while, we thought it was impossible to observe them.”

Where do these complex molecules around stars come from?

Many complex molecules, like those found in the disk of IRS 48, are believed to be born in star-forming clouds. Inside these icy forges of stars, simple atoms and molecules stick together with grains of dust to form a layer of ice. As a result of chemical reactions, more complex molecules are formed. In the disk, they can unfold as the ice melts, turning into components available to feed the forming planets.

What makes such discoveries significant?

The discovery of one such molecule, dimethyl ether, commonly found in stellar clouds, suggests that other similar molecules are still hidden in ice grains. The importance of their discovery lies in their chemical evolution. They are precursors to prebiotic molecules such as amino acids and sugars. Therefore, they are a key ingredient in the formation of some of the basic building blocks of life.

IRS 48 will also be studied by ESO’s Extremely Large Telescope currently under construction in Chile. This giant telescope will allow us to study the chemistry of the innermost regions of the disk, revealing important information about planet formation.