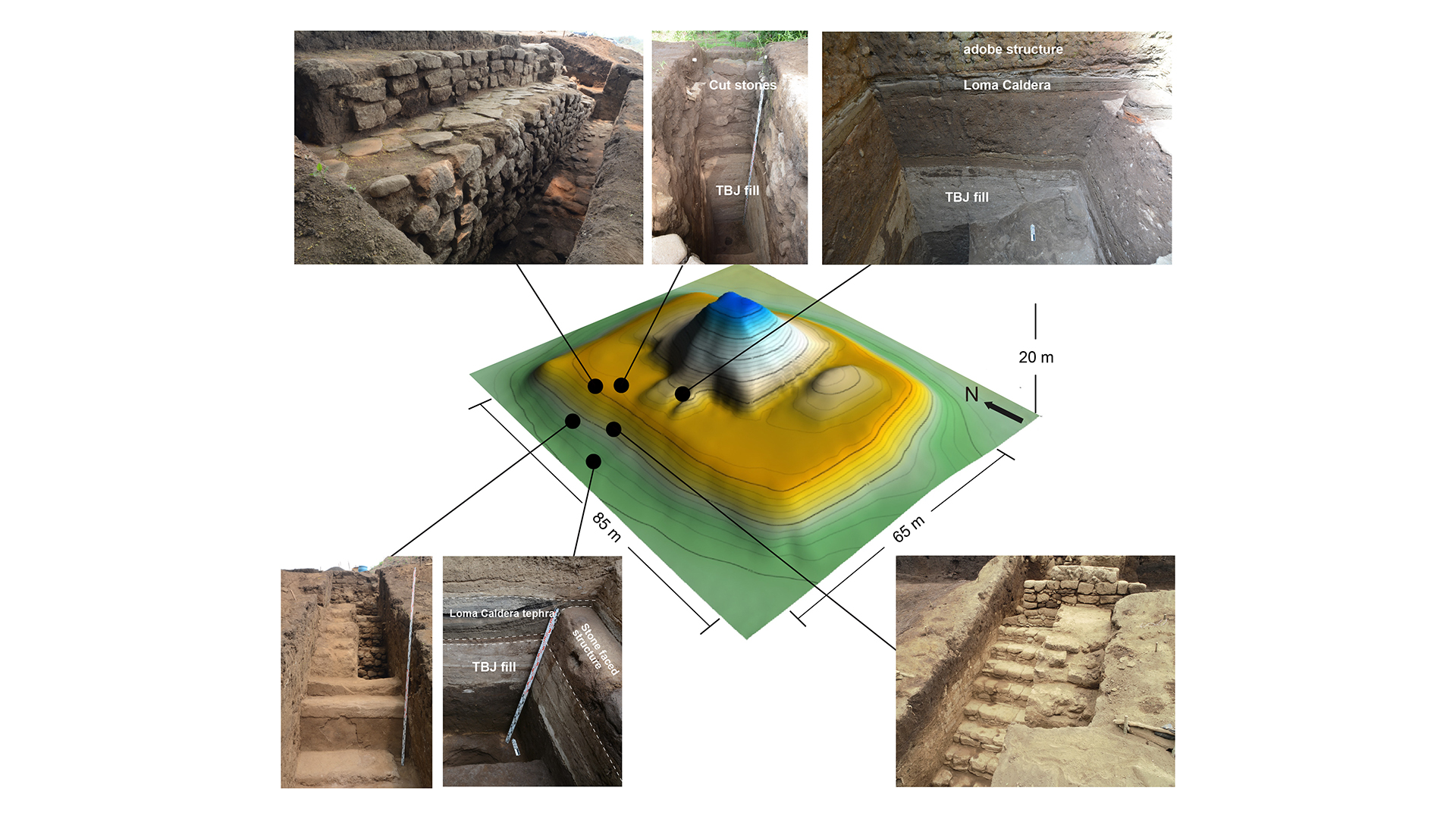 Archaeologists believe that the construction of a pyramid after a devastating volcanic eruption had a positive effect on the social integration of the local society and strengthened the power of the elite.

Archaeologists presented the results of a study of a unique ancient Mayan pyramid. It turned out that the Indians left the city of San Andres around 539 AD due to a strong volcanic eruption, but returned there after 5-30 years and built a monumental structure out of volcanic tuff.

Archaeologists excavated a Mayan pyramid made from volcanic rocks: Everything you need to know

The Mayan city of San Andres

On the territory of modern El Salvador in the Zapotitan Valley is the ancient Mayan city of San Andres. The settlement at this place arose around 900 BC and existed intermittently until the 13th century. However, the city reached its heyday between 600 and 900 AD, when in fact it was one of the central cities of the Mayan civilization and about 12 thousand people lived here. As a result of a volcanic eruption in 1658, the abandoned city was mothballed by volcanic ash, thanks to which archaeologists discovered many buildings in good condition.

In the Holocene epoch, the most powerful volcanic eruption in Central America is considered to be the Ilopango eruption, which led to the formation of a half-meter layer of volcanic tephra over a significant part of the Mayan settlement. The city of San Andres was located not far from this volcano, which is why the inhabitants abandoned it for a while.

The exact date of the eruption

However, for a long time, it was not possible to establish the exact date of this eruption. According to some estimates, it happened in the 3rd century AD, however, dates updated in 2019 showed that this disaster happened around 539 AD.

Akira Ichikawa of the University of Colorado Boulder conducted a study examining the aftermath of the eruption of the Terra Blanca Hoven volcano in the mid-1st millennium AD. Together with colleagues, he excavated a pyramid discovered in the 1990s (35 × 40 × 13 meters), located on a platform (85 × 65 × 7 meters), in order to determine the initial phase of construction.

Scientists selected seventeen samples for radiocarbon dating. The results of the analysis showed that they date back to 545-570 AD. It is possible that these samples date back to before or during the eruption that took place. However, materials recovered from the lower layers of the Mayan pyramid are dated to 570–620 AD. This indicates that work on the construction of the pyramid began, most likely, 5–30 years (maximum estimate – 80 years) after the eruption of the volcano.

The results of the study showed that the volcanic eruption made a large area uninhabitable, but people quickly returned to build a monumental structure on the ground covered with a thick layer of tuff. Ichikawa believes two scenarios may explain the rapid recovery process.

First, certain groups of the population could have escaped a natural disaster by moving to less affected areas, such as the mountains. Secondly, after the eruption, the valley became depopulated and lost its cultural traditions, and then it was settled by immigrants from other areas and not the descendants of the local population.

Although the second hypothesis is less preferable, it is difficult to imagine the motivation for the migration of people to a devastated and unfamiliar area. At the same time, according to the author, a mixed scenario cannot be ruled out.

Volcanic tephra in the Mayan worldview could have serious religious and cosmological significance. Thus, this explains its use in the construction of the Mayan pyramid in San Andres. In addition, ancient builders may have known about the well-suited properties of this material for construction (volcanic tuff is an excellent wall stone).

Positive effect on the local society

Such a large-scale work probably had a positive effect on the social integration of the local society, and also strengthened the power of the elite who organized the construction.