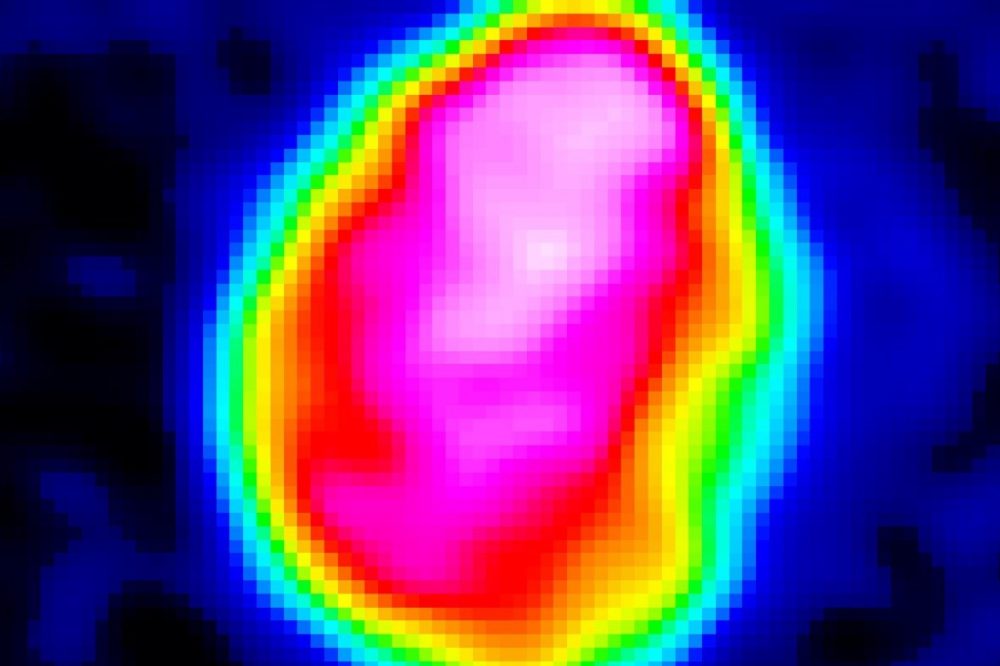 Astronomers were able to capture images of the asteroid with unprecedented resolution.

With the help of the ALMA telescope, scientists have carried out accurate temperature measurements on the surface of the asteroid Psyche. The object is known to be worth more than the entire global economy of our planet and will be the target of an upcoming NASA mission in 2022.

Ground-based observations show that this celestial body may contain a large number of metals and be the core of a protoplanet or its fragment, which was formed as a result of collisions with other bodies in the early solar system.

Scientists want to understand the properties of Psyche, its origin, and evolution and the value of the asteroid in terms of mining in space. Current estimates suggest that the entire object might be worth more than 10,000 quadrillion dollars.

Not all data agree with the hypothesis that the asteroid may be the remnant of the embryo of a planet that has not yet formed, and collecting new ones is extremely difficult: the distance from us to Psyche ranges from 180-330 million kilometers.

Considering the reflected light of such small and distant bodies, ground-based instruments rarely get more than one pixel per asteroid image. This allows you to learn many key characteristics, but not enough for a detailed study. Recently, however, Katherine de Kleer and her colleagues were able to capture images of the asteroid with unprecedented resolution.

To do this, they used the ALMA South European Observatory in Chile. It includes dozens of radio telescopes operating in the millimeter wavelength range. By combining the collected data, scientists were able to view Psyche with a resolution of up to 30 by 30 kilometers per pixel. They report this in an article published in the Planetary Science Journal.

Observations have confirmed that the surface of Psyche is composed of an unusually dense and/or electrically conductive substance. However, the amount of heat emitted by the asteroid turned out to be almost half of what was expected.

According to scientists, together these findings indicate that the surface of Psyche is composed of metals at least 30 percent. And the nature of the polarization of the radiation showed that, most likely, these metals are present in the form of inclusions in rocky rocks.

In early February, NASA’s Jet Propulsion Laboratory specialists announced that they had completed the manufacture of the station’s components and began assembling it and subsequent comprehensive testing. It is expected to be fully assembled in the spring of 2022 and ready to be shipped to Kennedy Space Center, from where it will be launched into space using a Falcon Heavy rocket in August 2022.

In May 2023, Psyche will make a gravitational maneuver near Mars, and arrive at the asteroid at the end of January 2026. The scientific program of the station is designed for 21 months and assumes work in four orbits.

• California Institute of Technology. (n.d.). Observatory in Chile TAKES HIGHEST-RESOLUTION measurements of Asteroid surface temperatures ever obtained from Earth.
• Entrepreneur. (2021, August 9). Why the Asteroid Psyche 16 is worth more than the entire global economy of planet Earth.
• Morrison, R. (2021, August 6). Psyche asteroid is packed full of precious metals and could be worth more than $10,000 quadrillion.
• Reich, A. (n.d.). What is a $10 quintillion asteroid the size of cyprus really made of? NASA Ready To Launch Spacecraft Towards Massive Asteroid Worth Around $10,000 Quadrillion