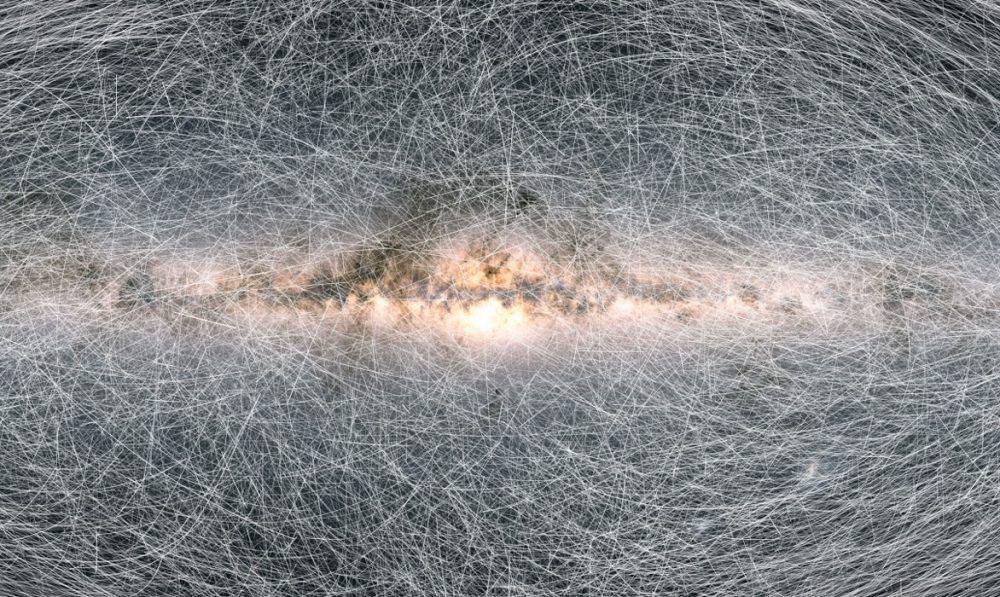 The Gaia Space Observatory released collected data for the third time, revealing the most accurate 3D view of the Milky Way and how it will change in the future hundreds of thousands of years.

The video below gives you an opportunity to see the most precise and accurate 3D map of the Milky Way and how stars move to date.

The Gaia Data Processing and Analysis Consortium (DPAC) has released the first part of a large release of data collected by the French Guiana observatory since 2013, according to the European Space Agency. A three-dimensional atlas was compiled on their basis. Over the past seven years, the probe has measured the position and speed of 1.8 billion stars.

The stars are in constant motion. This movement, known as proper movement, is invisible to the human eye, but Gaia is measuring it with increasing precision. The footprints in this video show how 40,000 stars within 100 parsecs (325 light-years) of the solar system in the Milky Way will move across the sky over the next 400,000 years.

The detailed nature of the map will help researchers with complex calculations like the mass of the galaxy or the acceleration of the Solar System. This efficient data will give us more answers as to how our galaxy was formed and how it changes over time.

“Gaia has been staring at the skies for the past seven years, mapping the position and speed of the stars. Thanks to telescopes, we have the most detailed 3D atlas ever created with a billion stars, ” Caroline Harper, head of space science at the UK Space Agency , told the Guardian.

Launched in 2013, Gaia operates in orbit around the so-called Lagrange-2 point (L2). It is located 1.5 million km behind the Earth in the direction of the Sun. At L2, the gravitational forces between the Earth and the Sun are balanced, so the spacecraft remains in a stable position. This provides a long, virtually unobstructed view of the sky.

The main goal of the Gaia space observatory is to measure the distance from Earth to stars using the parallax method. In this case, astronomers use the observatory to continuously scan the sky, relying on measurements of the apparent change in the position of stars over time as a result of the movement of the Earth around the Sun.

Knowing this tiny shift in the positions of the stars allows you to calculate the distances to them. On Earth, this is complicated by the blurring of the Earth’s atmosphere. But in space, measurements are limited only by telescope optics.

The previous two data releases of the Milky Way included 1.6 billion star positions. This issue has a total of just under 2 billion stars.

Moreover, their position is measured more accurately than in the previous data. In addition, Gaia tracks changes in the brightness and position of stars over time. By dividing their light into spectra, it measures how fast they are moving towards or away from the Sun. And also estimates the chemical composition of stars.

The new data includes exceptionally accurate measurements of 300,000 stars up to 325 light-years from the Sun. Scientists use this data to predict how the stellar background will change over the next hundreds of thousands of years. In addition, recent observations confirm that the solar system is accelerating as it orbits through the galaxy.

This acceleration is soft and can be expected from a system in a circular orbit. Over the course of a year, the Sun accelerates and approaches the center of the Galaxy by 7 mm/sec.

Moreover, its speed in orbit is 230 km/sec. Also, Gaia data additionally analyzes the two largest companion galaxies of the Milky Way – the Small and Large Magellanic Clouds. A spectacular visualization shows these subsets and the star bridge between the two systems.

Gaia’s data collection has been planned to continue for no less than 2 more years although the possibility of an extension until 2025 remains. The resulting data release is expected to provide star positions 1.9 times more accurate than ever before.

Gaia’s new data takes us to the Milky Way’s anticentre and beyond. (n.d.). 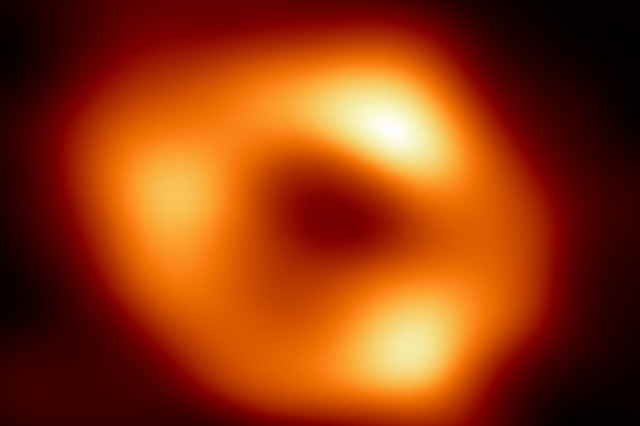