Researchers have developed a miniature caterpillar robot that could be used to deliver drugs inside the human body.

This mini delivery-robot could pave way for medical technology advancement such as drugs delivery in the human body, reports Science Daily.

The miniature robot will deliver drugs into the human body by crawling inside it, but its users would have to swallow the alien-like creature first.

Scientists behind the technology argue that the caterpillar robot can adapt to adverse environments and move without issues along surfaces within the body lined with, or entirely immersed in body fluids such as blood or mucus.

It stands out thanks to hundreds of its less than one millimeter long pointed legs, reminiscent of tiny hairs.

But these hairy-like miniature legs are a crucial part in the functionality of the robot. Study leader Shen Yajing explains that the robot’s pointed legs ‘greatly reduced’ their contact area, meaning that there is less friction on the surface.

Preliminary laboratory tests have demonstrated that the robot has around 40 times less friction than a limbless robot.

The caterpillar robot excelled in both wet and dry environments.

Furthermore, it has the ability to carry a payload 100 times heavier than itself, a strength seen in nature in ants.

To get the job done, the robot should either be swallowed or inserted through a cavity in the skin.

To come up with the weird-looking, yet totally functional design, scientists at City University of Hong Kong (CityU) studied the leg structures of hundreds of ground animals including those with two, four, eight or more legs. They paid attention in particular to the ration between the animal’s leg-length and the gap between the legs.

This helped them come up with a nearly flawless design.

According to reports, the robots body thickness is around 0.15mm. Each canonical leg measures 0.65mm long and the gap between each leg measuring around 0.6mm. This makes the leg-length-to-gap ratio around 1:1.

“Most animals have a leg-length to the leg-gap ratio of 2:1 to 1:1. So we decided to create our robot using 1:1 proportion,” explains Dr. Shen.

And while the design is of great importance, the materials the robot is built fro play an equally important part in its functionality.

The robot is built using a silicon material called polydimethylsiloxane (PDMS) embedded with magnetic particles. This enables the caterpillar-like robot to be remotely operated by applying electromagnetic force from the outside.

“Both the materials and the multi-leg design greatly improve the robot’s hydrophobic property. Besides, the rubbery piece is soft and can be cut easily to form robots of various shapes and sizes for different applications,” explained Professor Wang Zuankai, who conceived this research idea and initiated the collaboration among the researchers. 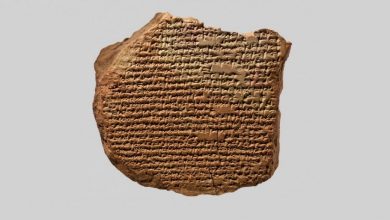