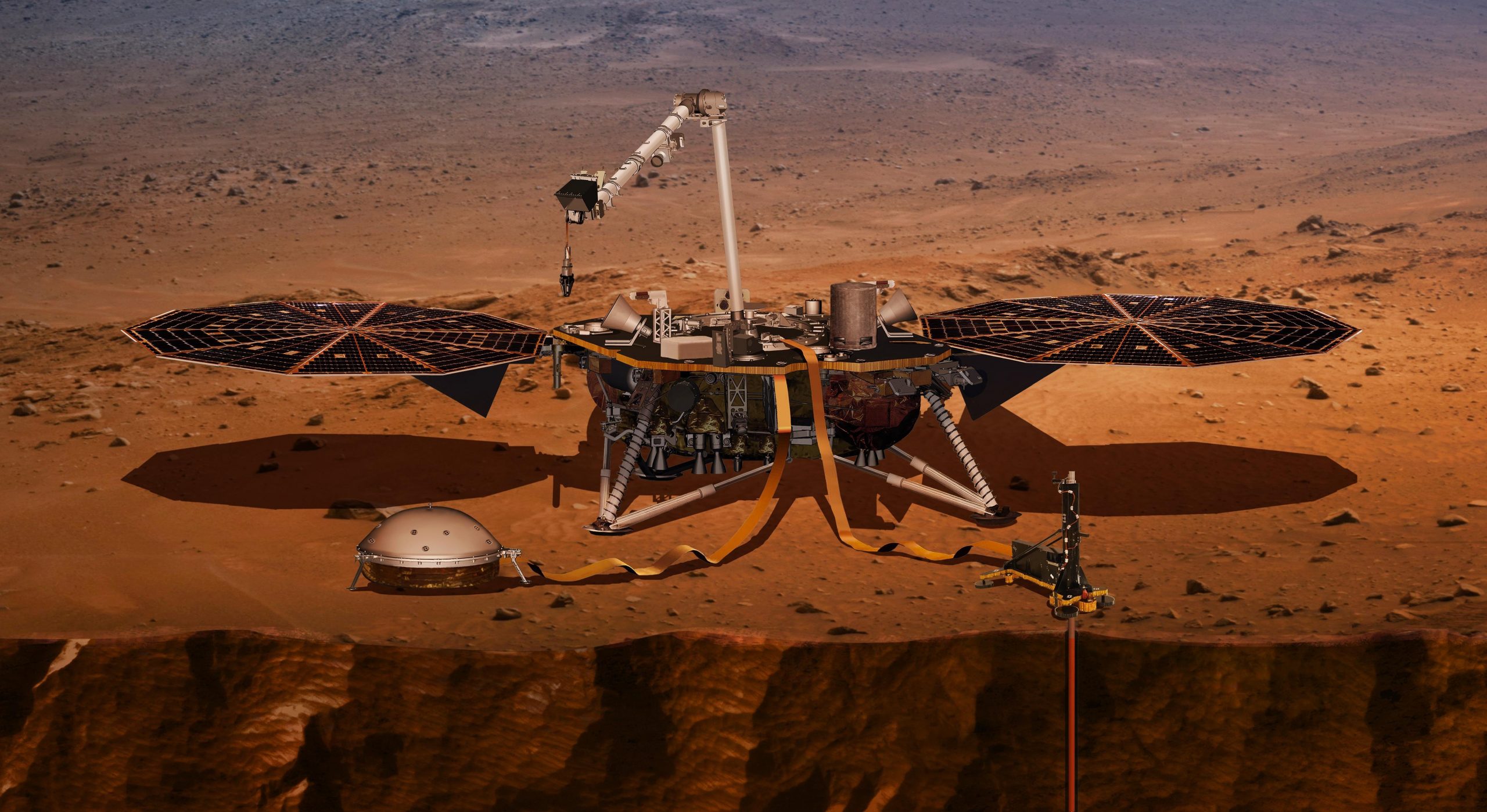 An earthquake of magnitude five on Earth would be considered a medium quake, causing little damage. But for now, this is the most powerful marsquake detected by the InSight station on Mars and it borders the theoretical maximum.

Studying the interior of Mars

One of the unresolved issues in the study of the interior of Mars is whether convective processes still operate in the planet’s mantle or whether they stopped in the past.

The answer to this question is important for understanding when exactly Mars lost its global magnetic field, since convection in the mantle contributes to heat transfer at the core-mantle boundary, and, as a result, to the dynamo effect.

The planet’s core may still be wholly molten or solidified, or composed of a combination of these aggregate states.

What do we know about Mars’ core?

The fact that the core of Mars may still be liquid, but devoid of convection, is indicated by data collected by the Mars Global Surveyor orbiter and the InSight seismograph station, but they are not enough.

Even if the heat transfer at the core-mantle interface is sufficient for convection to occur in the core, the layer of the liquid core itself may be too thin to ensure the operation of the dynamo mechanism.

To more accurately understand the current properties of the planet’s interior, scientists need new data on the seismic activity of Mars, which may be associated with the movement of magma in the mantle or lower layers of the crust.

InSight recorded the most powerful Marsquake to date

So far, researchers do not know what causes marsquakes and where they form, but these events have already aroused the interest of scientists. Since landing on Mars in 2018, InSight has recorded more than 1,300 quakes.

Since marsquakes are usually not as powerful as earthquakes, they are difficult to detect. Other vibrations, such as gusts of wind, can also interfere with their fixation. With all this in mind, InSight has a very sensitive seismometer.

“Since we set our seismometer down in December 2018, we’ve been waiting for ‘the big one,'” said Bruce Banerdt, InSight’s principal investigator at NASA’s Jet Propulsion Laboratory in California. 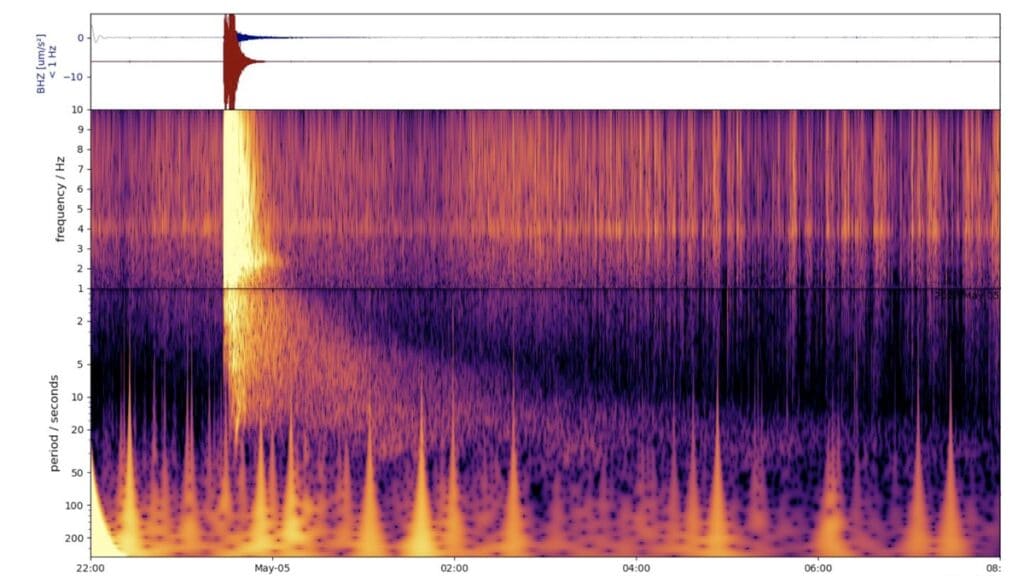 The previous most powerful marsquake was recorded last year in August and reached a magnitude of about 4.2 on the Richter scale. There have been multiple such quakes over the past couple of years but now, this record was broken.

On May 4, InSight obtained data about a shocking marsquake that reached a magnitude of 5 on the Richter scale. While this may sound insignificant when compared to the earthquakes humanity has experienced, it borders the theoretical maximum for Mars. It truly is significant.

The scientific team is yet to analyze all of the obtained data and there is little that they know about the most powerful marsquake to date.

Unfortunately, InSight’s equipment is already entering a state in which its solar panels do not provide enough energy and with the approaching Martian winter, the device will soon enter safe mode and it may never come back to life. There is a good chance that this will be its last record-breaking marsquake.