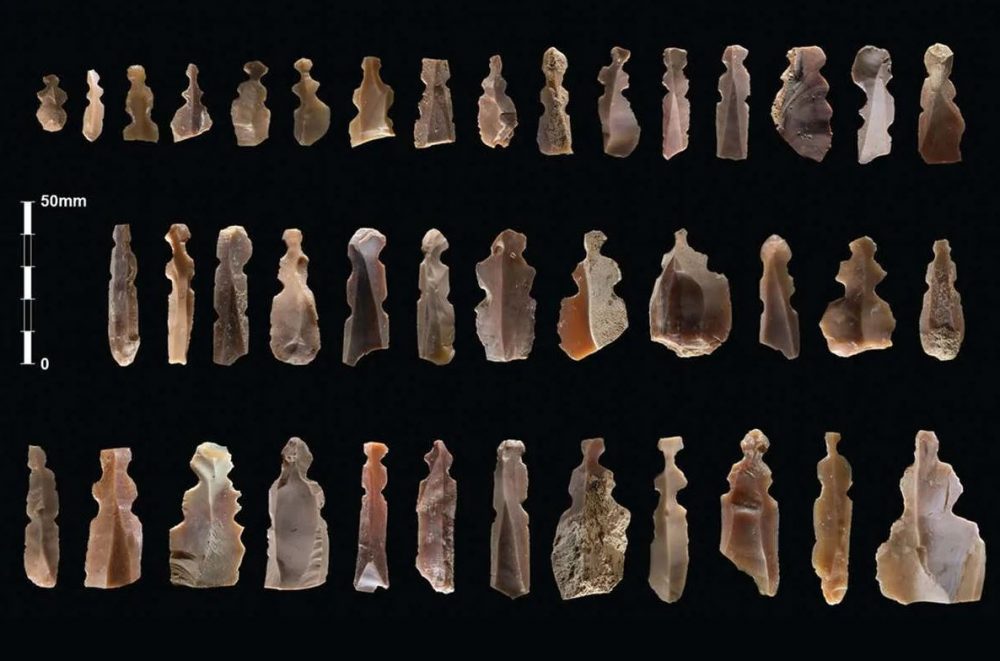 The ancient figurines are between 2 and 5 centimeters in size and are of an elongated shape.

Archaeologists have discovered a series of strange Neolithic figurines that date back to around 10,000 years ago while excavating several funerary sites. The results of the study detailing the discovery were published in the journal Antiquity.

According to experts, human-shaped figures began to be common in the early Neolithic, between 10,000 and 9,000 years ago, although their meaning and function have not been fully clarified.

Previously, the most common was the iconography of animals, with very few exceptions, such as the Paleolithic Venus statuettes (more popularly known as the Venus figurines), representing the female form.

A team led by scientists from the CSIC of the Milá Institution and Fontanals for Research in Humanities (IMF) have found human-shaped figurines made of flint that are thought to have been used for Neolithic funeral rituals.

The recently found figurines are a type of statuette that has never been seen before by experts. Their existence, therefore, can shed light on the birth of funeral rituals, community awareness, and remembrance ceremonies for the deceased.

The figurines, several dozen, are between 9,000 and 10,000 years old and were found in the Kharaysin excavation in Jordan. The finding has two innovations. One of them is the material the figurines were made of: flint flakes and sheets, something normally associated with the production of everyday tools. All ancient figurines discovered by experts were made of clay or, more rarely, of bone.

The second novelty is the funerary symbolic function that they seem to have. And the fact is that most of them were found in a burial area, a Neolithic cemetery with signs of rituals.

The place where most of them were found contains seven original tombs. Juan José Ibañez, a scientist at the CSIC explains that “there are signs that some of the tombs were opened sometime after the burial and that the bones were extracted, manipulated and re-buried.”

In fact, in one case, the skull was removed from the grave. Another of the bodies was unearthed from somewhere else and buried again in this area.

This type of ritual was not unusual in the Neolithic. The Kharaysin figurines were arranged around the human remains. All this suggests that they had a “funerary meaning and that they were used in remembrance rituals,” according to the researcher.

This is, according to scientists, the most plausible explanation. The figures are between 2 and 5 centimeters in size and are of an elongated shape.

They all have two notches on each side, above and below, that correspond to the shape of the neck and waist.

“When we analyzed the shape, it was evident that these notches had not been used for a ligature system since, at the opposite end of the flint object, we did not find any active cutting areas,” explains Ferran Borrell, a CSIC scientist at the IMF.

This and other details made them rule out the use of these objects as tools. Once scientists ruled out the objects were tools, one idea arose; what if the odd objects are actually meant to represent human silhouettes. This idea  was initially viewed as “skeptically.”

But the appearance of clues, such as the different sizes and morphologies and, above all, the similarity of their shape with the Neolithic human sculptures found in the nearby site of Ain Ghazal, confirmed that they represented human shapes.

“The diversity in the shapes is intriguing. The set has two types of contours, one more irregular and the other thinner. Some figurines are larger than others, some are symmetrical and others asymmetrical, and some even seem to have some appeal. Were the creators of the figures thinking of specific individuals? “Scientists ask.

In any case, everything indicates that “the first farmers used these statuettes to express beliefs and feelings, and to show their attachment to the deceased,” the authors of the study said.

“Our research shows that early farmers performed memory rituals around cemeteries where not only were graves reopened and human bones manipulated and re-deposited, but flint figurines representing the deceased were also made and deposited.”

This behavior suggests that the beliefs related to the relationship with the deceased were widely shared by all community members who participated in the remembrance rituals.

The representation of the human form in objects from prehistory and especially in the Neolithic is an enigmatic element for archaeology.

In the Paleolithic, between 35,000 and 15,000 years ago, Venus statuettes appeared representing the female body.

But the Venus statuettes are an exception in an iconography dominated by animal figures, as can be seen, for example, in the Altamira cave.

The reason for the few human representations is a mystery. It was not until the Neolithic, a revolutionary time with the appearance of agriculture and livestock, that the representation of the human body began to become familiar. The reason for this artistic and cultural change is not apparent. 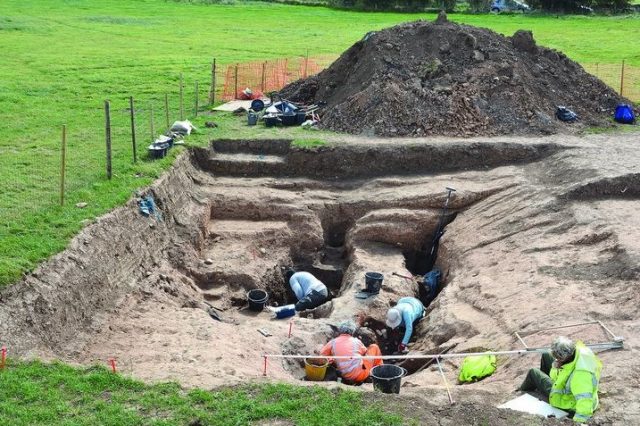