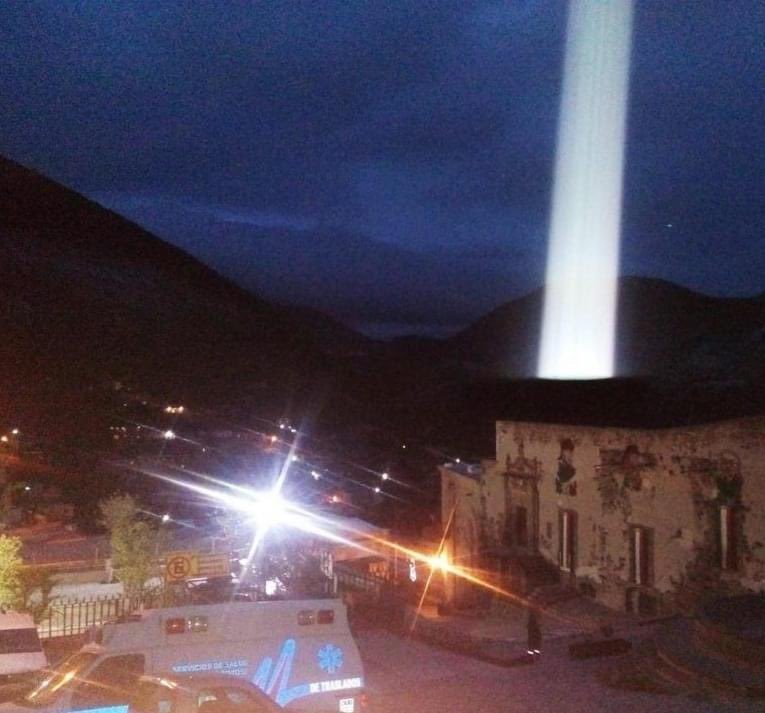 "It is just a propaganda strategy..."

Like never before, the world has accepted the possibility that mankind has been visited by beings, not from Earth. The UFO phenomenon has turned from a crazy conspiracy theory into a subject worthy of the most serious scientific consideration.

No longer are we led to believe that UFOs are a figment of our imagination and a conspiracy pushed into society by tinfoil-wearing lunatics. Today, UFOs are a thing, and society can finally speak about the subject without “discrimination” or prejudice.

Nonetheless, serious UFO research is hampered by countless fake images and videos that go viral now and then. I have seen plenty of such material throughout the years. What’s worse is that the Internet is “full” of websites that purposely promote the fake material, in an effort to monetize on gullible people who believe anything without researching.

Having that said, a recent image has been widely shared by people in Mexico, and one of my friends from Mexico sent me over the image for me to take a look at it.

Honestly, I have mixed feelings about it.

Is it Thor opening the Bifrost and landing in a remote Mexican “Ghost Village,” was it aliens and UFOs, or did someone produce another fake image hoping it would go viral?

The incident supposedly took place a few days ago, on September 8 at 9:00 p.m., in Real de Catorce, a “ghost town” in San Luis Potosí, Mexico, which once used to be a mining stronghold but today is no more than a tourist attraction, home to no more than one thousand people.

“We share with you this photo taken by Felipe Frías, Tour Guide at Real de Catorce. In it, you can see a light that seems to come out of one of the mountains south of Real de Catorce. An extremely interesting image !!! Have you photographed something similar? Share!” wrote a Facebook post.

The aforementioned guide revealed that, according to his research, this phenomenon is an energy portal that takes place near a sacred mountain and says that ten years ago, something very similar was observed. On that occasion, “the halo of light was recorded a little later at night, although at that time no one could document it because they did not have cameras,” he explained.

The guide who says the phenomenon is real and in no way fake, explains that the phenomenon lasted about a minute, and the photo was taken with his cell phone camera.

However, and beyond the comments about the picturesqueness of this town and its energy, many people refuse to believe that the beam of light seen in the image is real, nor do they believe it was photographed as such.

Furthermore, many people name the “alleged beam” seen in the image on dust particles on the shutter of the camera when the photo was taken. Others have said that the beam of light is a product of the lights of a newly-opened casino in the area.

In addition, many people have highlighted the fact that no one else seems to have seen or photographed it.

Others directly accuse that it is a photomontage to attract tourists – since tourism is precisely one of the hardest hit by the coronavirus pandemic.

“The photograph is false; the light beam was manipulated and added with Photoshop because the pixels do not match when they are analyzed with Error Level Analysis (ELA); the great contrast of the light is appreciated, it does not even match the ranges of the other lights that make up the misleading photograph.”

“It is just a propaganda strategy. What a shame not to review the sources or the photographs before spreading them over the Internet for a fraudulent purpose,” explained  Jesús Álvarez, one of the users who commented on the Facebook post.

For me, the image is entirely fake. I have seen countless images that supposedly show aliens, UFOs, and have spent hours watching supposed footage that shows the “ultimate evidence of UFOs.” The image we see here is likely nothing more than an attempt to reignite tourism in the area, which has drastically dropped due to the coronavirus pandemic.

Nothing to see here, move along.