The Great Blue Hole, not far from Belize, is one of the most beautiful yet stunning sinkholes on the planet.

It sits a mere 60 miles from the coast of Belize, and experts believed it formed during the last Ice Age, as water levels rose, filling the 410-feet-deep cave into what it is today.

The sinkhole had remained largely unexplored until recently, although it has been a diving attraction ever since Jacques Cousteau declared it one of the top five scuba diving sites in the world.

In December of 2018, explorers led by billionaire Richard Branson and Fabien Cousteau, the grandson of French explorer Jacques Cousteau decided to explore the cave as no one before.

A plethora of experts took part in a diving mission to the bottom of the whole.

They wanted to see what was at the bottom of the unexplored natural wonder.

Researchers conducted up to twenty dives. Using state-of-the-art equipment, they created a 3D map of the sinkhole.

One of the dives, led by submarine pilot Erika Bergman was even broadcasted live by the discovery channel.

Speaking to CNN Travel, Bergam revealed what she saw inside the massive Blue Hole.

At the very bottom, they found never-before-seen stalactites.

Despite the fact that visibility was not the best as the water was completely dark, high-resolution sonar equipment onboard the submarine allowed them to see hidden features of the formation.

“You can be 20 or 30 meters away from a stalactite or a hunk of the wall and see it in every perfect detail, better than eyesight could even provide,” she explained.

Bergam further said that they also discovered ‘unidentifiable tracks right at the bottom of the hole’.

What exactly produced these tracks remains “open to interpretation,” she added.

The team was also really pleased to see that the Blue Hole was relatively free from trash, although they did spot a few plastic bottles.

“There were basically two or three little pieces of plastic — and other than that, it was really, really clear,” says Bergman, spotlighting the work of the Belize Audubon Society, which helps protect the hole. 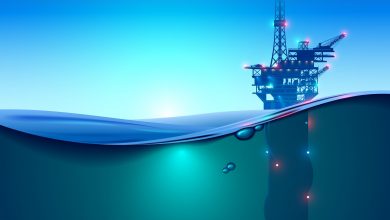 Journey to the Bottom of the Sea: Scientists to Reveal Unexplored Regions in the Indian Ocean 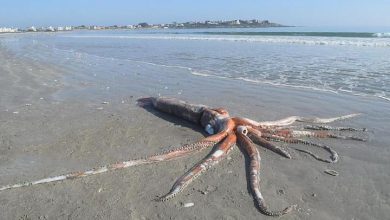 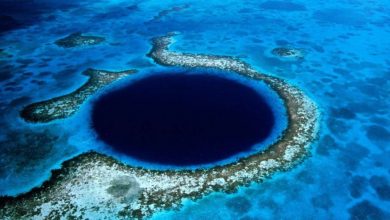