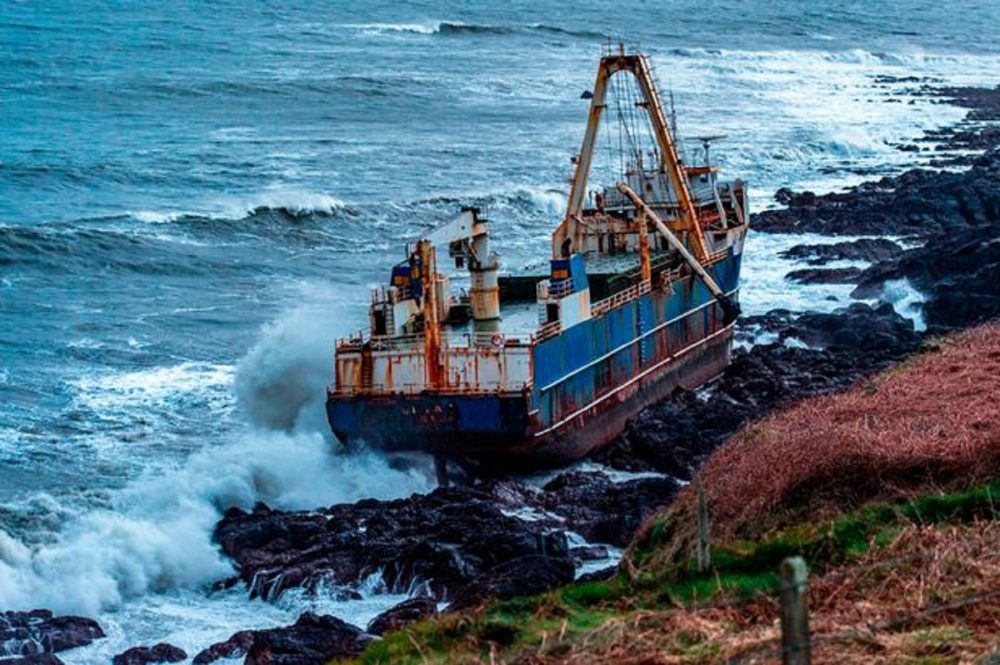 "This is one in a million..." The Ship became disabled in 2018 southeast of Bermuda.

A mysterious 77-meter cargo ship sailing with a Tanzanian flag has washed up on the Irish Shore following Storm Dennis. The mysterious vessel had been spotted by the Royal Navy in the Mid Atlantic in September of 2019.

Some six months ago, the enigmatic cargo vessel was spotted floating off the African coast. Not much attention was given to the cargo ship until it–somehow–ended up washing up on the Irish Shore.

The 77-meter vessel, the MV Alta, was seen in Ballycotton, County Cork by locals who were left awestruck by the cargo vessel.

Speaking to the Irish Times, A spokesman for the Waterford Coast Guard explained that the ship’s current location was the result of the storm. The ship was abandoned and no one was found onboard.

Furthermore, experts from the Coast Guard assured that the ship was not polluting the area.

Rescue 117 was tasked earlier today to a vessel aground near Ballycotton, Cork. There was nobody on board. Previously the @USCG had rescued the 10 crew members from the vessel back in September 2018. The vessel has been drifting since and today came ashore on the Cork coastline. pic.twitter.com/NbvlZ89KSY

However, seeing a ship wash ashore isn’t something you see every day.

John Tattan Ballycotton RNLI Lifeboat Operations manager was left awestruck as everyone else, saying that “this is one in a million.”

The appearance of the ship is shrouded in mystery, and it remains an enigma as to why the vessel had not been detected by any fishing vessel off the south coast before impacting land.

It is, therefore an enigma how the vessel–built in 1976–ended up floating around the Atlantic Ocean with no sailors on board.

The ship had been spotted by UK Royal Navy’s Devenport-based HMS Protector as it sailed to the Bahamas to assist with hurricane relief efforts in September of 2019. The Royal Navy attempted to make contact with the vessel but received no response. The MV Alta was spotted adrift in the mid-Atlantic.

The ship was also seen some 1,400 miles off the coast of southeast Bermuda with a crew of 10 two years ago in September of 2018.

The crew was rescued after a journey from Greece to Haiti saw the ship become disabled, causing it to drift for more than 20 days. Eventually, the crew of the vessel radioed for help when water and food supplies were beginning to run low.

The crew was rescued off Bermuda in October 2018. However, the ship has remained a drift driven eastwards by strong currents and winds.

Although the vessels is snagged on the rocks of the Irish coast, its future remains shrouded in mystery just as its last voyage, as the Coast Guard is racing to find the vessel’s owner.

High tides or storms could loosen the vessel can cause it to break free, rising numerous problems.

The Cork County Council is monitoring the ship for potential damage to the environment. Although there are no risks as of now, experts are doing everything possible to prevent any damage from the ship’s cargo, or oil spilling into the ocean. 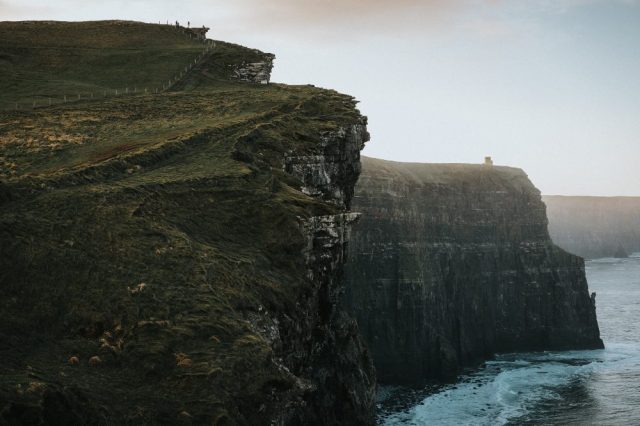