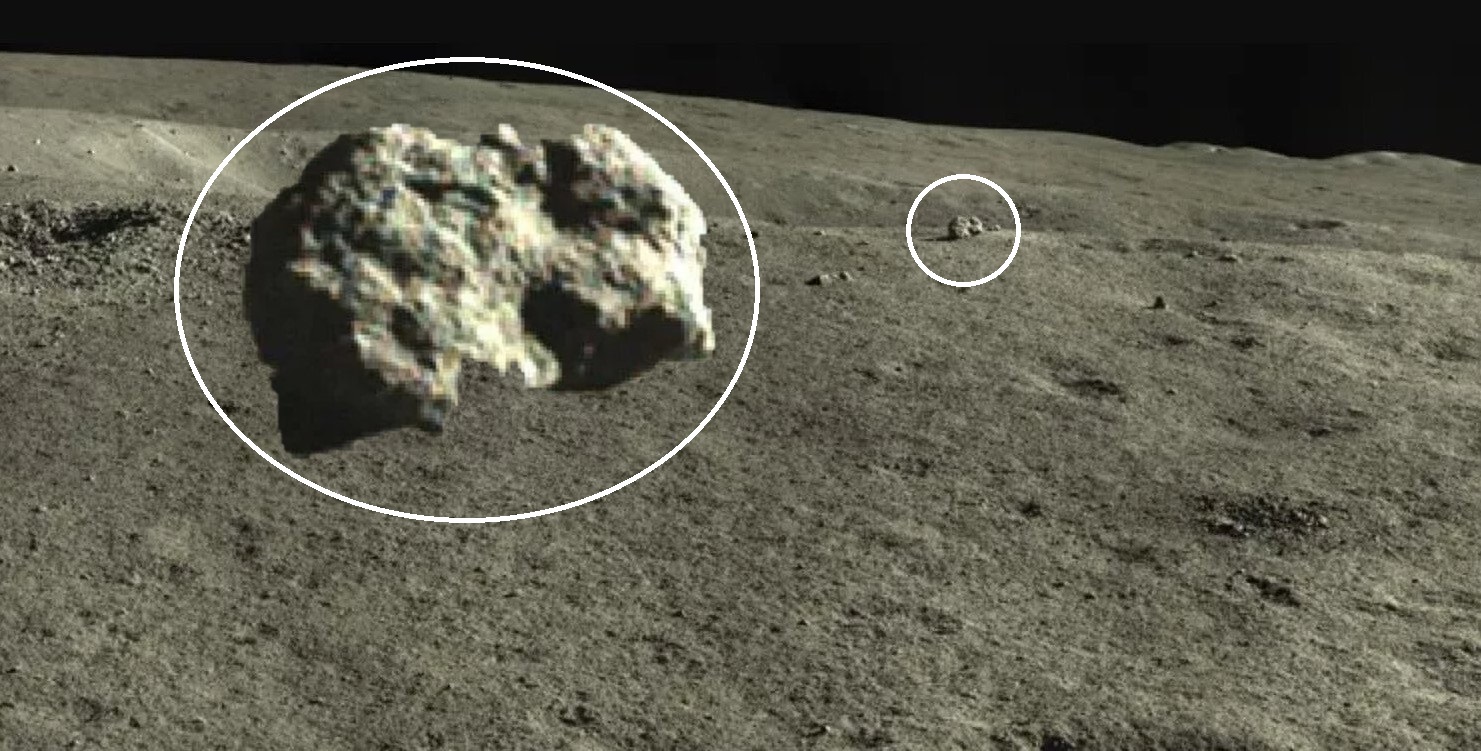 Some jokingly compared the object to a McDonald's on the Moon or the Arc de Triomphe.

Another one of Moon’s recent mysteries was solved… and it resulted in a huge disappointment. Back in early December, we reported the discovery of a weird cube-shaped object, a “mystery hut”, spotted by China’s Yutu-2 rover on the far side of the Moon. Well, here is what the spacecraft found a month later.

When was the object spotted?

Last December, a journalist working with the Chinese Chang’e 4 mission published a panoramic image taken by the Yutu-2 rover on the far side of the Moon. And in the distant horizon, there was a mysterious object with a strangely correct shape.

Located approximately 80 kilometers away from the rover, the object quickly received various emblematic names – the “mystery hut”, the “house on the Moon”, a Moon base, etc. Overall, speculations ranged from aliens to the weirdest objects of artificial origin.

In fact, some jokingly compared to a Moon’s McDonald’s. Others called it the Arc de Triomphe. Those are only a couple of the weirdest suggestions but researchers never really doubted that the structure was nothing more than a strangely-shaped lunar rock.

The “Mystery hut” on the Moon is actually… a ‘jade rabbit’

Andrew Jones, the journalist who published the original image a month ago, updated us with a brand new close-up image of the object. His exact words summarize the case all too well: “it’s so underwhelming it’s brilliant.”

What we see in the image truly is a weird rock but nothing even comparable to the outstanding theories we witnessed. And surprisingly, it is rather miniature. When you look back at the old image, the object did look rather huge given that it was located about 80 km away from the rover, right? Well, it isn’t.

Oh, this is amazing. Close to tears. Ourspace has published an update on the "mystery hut" and it's so underwhelming it's brilliant. It's just a small rock on a crater rim that they're now calling "jade rabbit" for its appearance. Source: https://t.co/frrMKH7RWM https://t.co/GFCIRzqmDu pic.twitter.com/jpDLDS8TZu

Anyhow, such rocks are important for the mission as they help scientists learn more about the evolution of our natural satellite. Plus, the whole story has a somewhat positive end – the rock received a brand new name that suits it – the ‘jade rabbit.’

In a fun way, we can consider it the new mascot of the mission. After all, the name of the rover – Yutu-2 – translates as Jade Rabbit, so finding a rock that has the approximate shape of a crouching bunny should be accepted as something positive. But it’s still not science and it is time for Yutu-2 to return to its true goals.

What is the duration of the Chang’e 4 mission?

The Chang’e 4 lander and the Yutu-2 rover undoubtedly exceeded even the expectations of their creators. The entire mission was supposed to end around January 2020. Two years later, both devices are still operational and the mission has not experienced any setbacks.

With approximately 1100 days on the far side of the Moon already, the mission made some significant discoveries and achievements for science and mankind.

For example, a few days after the landing in January 2019, researchers reported the successful growth of the first ‘plant’ on the Moon – a cotton seed that grew in an airtight container. Thus, a few weeks into the mission, scientists had already succeeded in creating a closed biosphere on our natural satellite.

Since then, we have learned a lot about the levels of radiation on the far side of the Moon, the rover provided new data on the minerals in the mantle, and more. You can read all about the discoveries of the Yutu-2 rover in our separate material “January 2019: When China Made History by Landing on the Moon’s Far Side.”