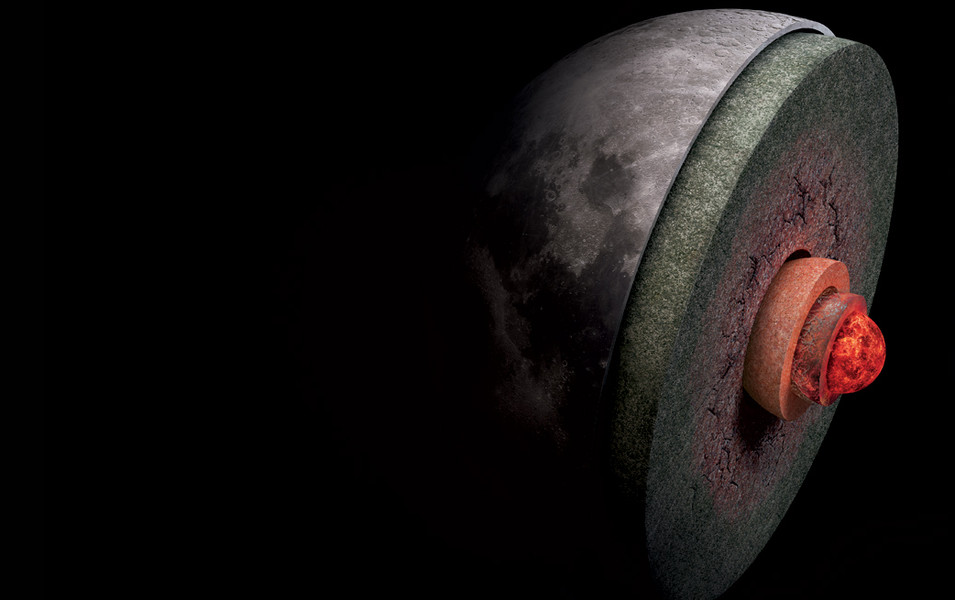 The temperature of the moon's interior was found to be 1,300 and 1,470 degrees Celsius, which is at the high end of an 800-degree range that previous scientists had determined.

Although little is known about the internal structure of Earth’s Moon, a scientist at the University of Rhode Island (URI) has calculated the temperature at the boundary of the Moon’s core and mantle.

The researcher from URI found the temperature of the moon’s interior to be 1,300 and 1,470 degrees Celsius, which is at the high end of an 800-degree range that previous scientists had determined, as noted in a statement by the University of Rhode Island.

On the other hand, the surface temperature on the moon is around -20 degrees Celsius.

“In order to understand the interior structure of the Moon today, we needed to nail down the thermal state better,” explained URI assistant professor of geosciences Ananya Mallik.

Curiously, just as our planet, the moon has an iron core. Previous studies determined that as much as 30 percent of that material, located at the boundary between the moon’s core and the mantle is either in a liquid or molten state.

“The big question is, why would we have some melt present in the Moon at that depth,” Mallik wondered.

To find out, Malik performed a series of studies in 2016 while working at the Bavarian Research Institute of Experimental Geochemistry and Geophysics in Germany.

Using a multi-anvil device that can exert the high pressures found deep inside the Moon, the researcher wanted to determine the temperature range that would be produced at a 5 to 30 percent melt.

She used a tiny sample of material similar to what is found on the moon and placed it into a scientific instrument that exerted 45,000 times the Earth’s atmospheric pressure.

This is the pressure though to exist at the Moon’s core and mantle boundary.

She then used a graphite heater to increase the temperature of the sample until it was partially melted.

Now that we know in greater detail the temperature range at the core and mantle boundary, scientists have the opportunity to create a more precise temperature profile of the Moon and try to determine the exact composition of the mineral that makes up the moon’s mantle, all the way from its crust towards its core.

“It’s important that we know the composition of the Moon to understand better why it has evolved as it has,” Mallik revealed.

“The histories of the Earth and Moon have been intertwined since the beginning. Both are the product of a massive collision between proto-Earth and an approximately Mars-sized body that occurred over 4.5 billion years ago.

To understand our Earth better, we have to know our nearest neighbor because we all had a common start,” she explained.

The scientist will next attempt to determine the density of the molten material at the moon’s core-mantle boundary.

With the help of fellow researcher Heidi Fuqua Haviland at NASA’s Marshall Space Flight Center and Paul Bremner at the University of Florida, Mallik will combine the results to obtain the precise temperature profile and composition of the moon’s interior.