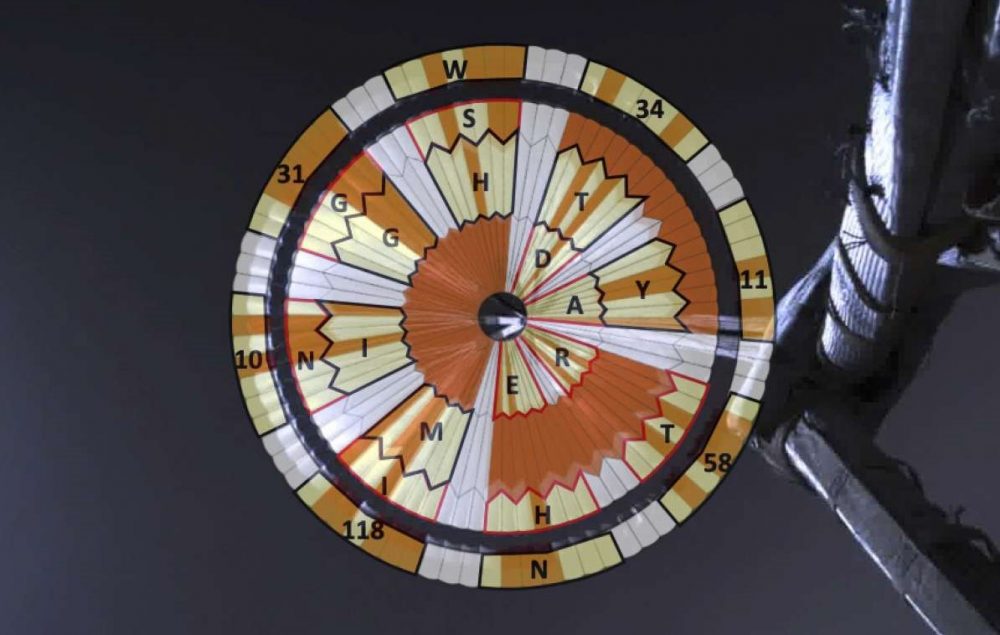 It took the Internet community only 6 hours to solve the puzzle.

Space enthusiasts were able to unravel the message encrypted in the pattern of the parachute canopy that helped the Perseverance rover to land on Mars. It turned out to be the phrase “Dare mighty things” and the coordinates of NASA’s Jet Propulsion Laboratory.

What message was encrypted on Perseverance’s parachute?

Perseverance arrived on Mars on February 18, 2021. The rover will study the climatic conditions and geological diversity in the Jezero crater, where the river delta used to be, and collect soil samples into test tubes to search for ancient life on the planet.

In addition, the first autonomous helicopter “Ingenuity” arrived on Mars along with the rover, which will try to fly in the planet’s atmosphere and get a number of images of the surrounding area.

At a recent NASA press conference, experts showed a video of the landing of the Perseverance rover. At the same time, the head of the landing operation Allen Chen announced that the published images of Perseverance’s parachute transmitted from Mars contain an encrypted message and anyone can try to find and decrypt it. In addition, NASA has published the first highly detailed circular panorama of the surrounding terrain around the rover, assembled from 142 separate frames.

We all know how much the internet loves a good mystery, right? It took the Internet community only six hours to solve the puzzle. It turned out that the red and white pattern on the open canopy of the parachute, clearly visible in the video, is a binary-coded message “Dare mighty things”. The message also includes the geographical coordinates of NASA’s Jet Propulsion Laboratory: 34 ° 11’58 “N 118 ° 10’31” W.

A (partial) explanation of the code in Perseverance's parachute, cracked by @FrenchTech_paf with a contribution by @pramirez624.

Can you decipher the final message? pic.twitter.com/DO8sj9fEdw

Dare Mighty Things? What makes it so important?

Dare Mighty Things is a popular phrase with NASA. Originally, it was part of one of Roosevelt’s speeches more than 120 years ago. Now, it can be considered a motto for NASA. The phrase can be seen all over JPL, put on walls and signs around every other room. You can also often see the phrase in public speeches and tweets by NASA or their crews.

Apart from containing NASA’s uplifting message, the pattern on the parachute had its own scientific purpose for monitoring Perseverance. Perseverance was supposed to land at a certain angle. By studying the pattern during the landing, NASA experts can understand the angle and whether there were any significant deviations.

The pattern on the parachute is not the only unusual detail on the Perseverance. The mission also three microchips with the names of almost 11 million people, a mini-monument to doctors fighting the coronavirus pandemic, a coin with the address of Sherlock Holmes, a small fragment of the Sayh al Uhaymir 008 Martian meteorite used to calibrate one of the instruments, as well as a plaque which depicts all NASA rovers sent to the planet.

If you missed your chance to send your name to Mars with Perseverance, NASA promises you this chance again with the next mission to the Red Planet. While sending items to another planet may not sound as significant to everyone, such little games and additions bring awareness to the mission, make it more interactive, especially for children, and show us that NASA truly cares about the people who watch. 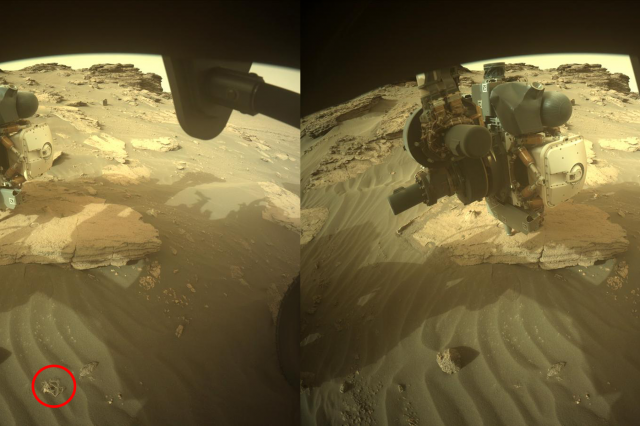