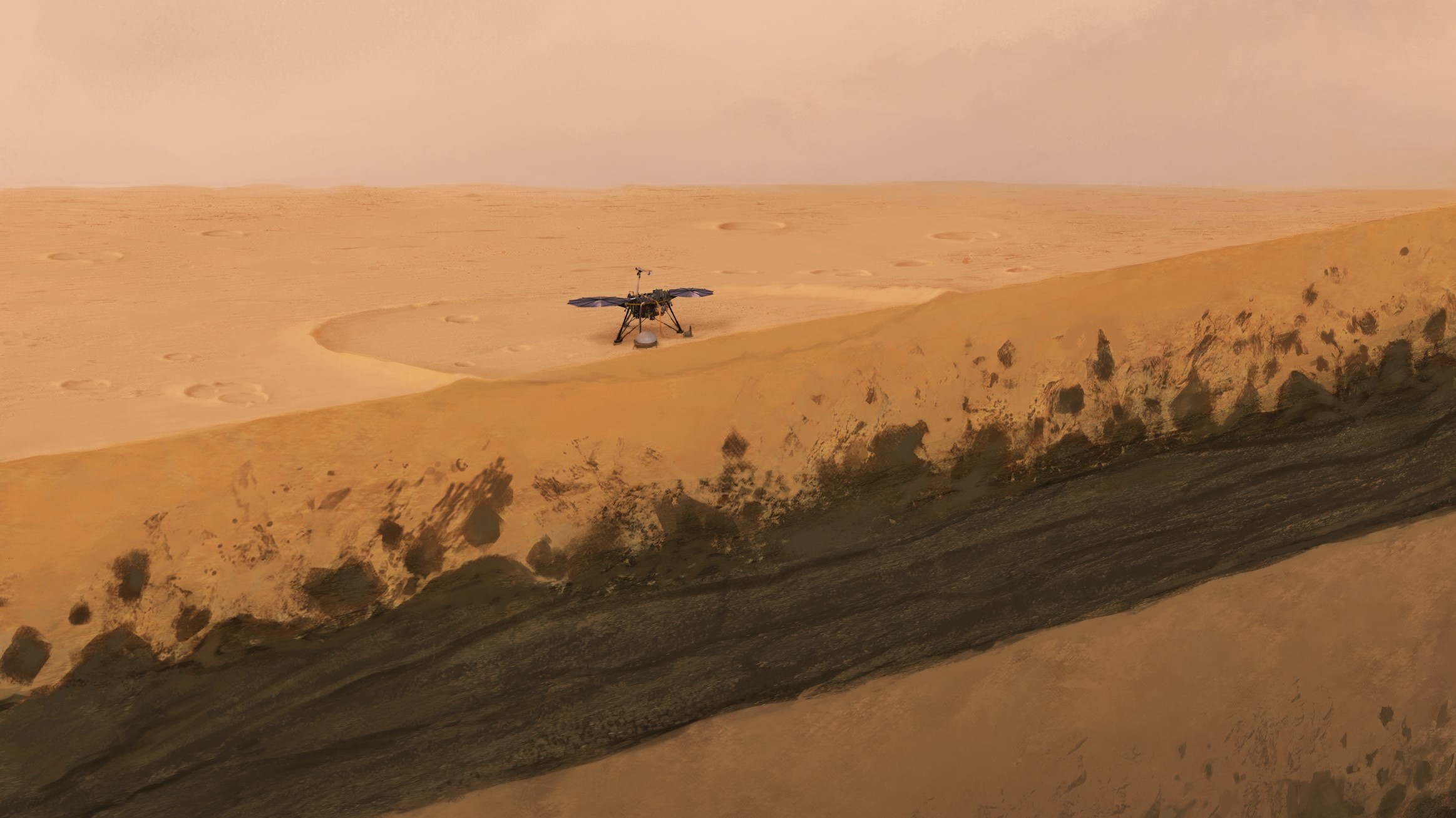 The InSight probe has been collecting data on the geological structure of the Red Planet for several years and continues to provide researchers with valuable information about how the surface of Mars formed and changed over time.

Scientists working with the InSight mission analyzed seismic data from the Elysian Planitia, the second largest volcanic region on Mars. Researchers discovered traces of an ancient crater hidden between two layers of solidified lava. This allowed scientists to create the first-ever subterranean map of a region of the Red Planet.

Scientists created the first-ever map of the Martian subsurface

To date, the InSight station has already worked on Mars for more than 1,000 Sols (Martian days), although the initial service life of the apparatus was estimated at 709 Sols. The main scientific instrument of the station is the SEIS seismograph, which recorded more than a thousand seismic events over 2.5 years of operation. This helped researchers understand the approximate structure of Mars, estimate the size and composition of its core, as well as the thickness of the crust.

For the new study, planetary scientists chose a different approach. In the past, the data related to Marsquakes was insufficient to compile a detailed geological map of the region. This time, researchers took advantage of the full capabilities of the seismometer. Perhaps you didn’t know but it also records fluctuations caused by the interaction between Martian winds and surface irregularities.

This is a method that is typically being used on Earth to characterize areas with increased risks of earthquakes. The difference is that there are no oceans on Mars and scientists had the difficult task to base their conclusions on winds only. After all, this interaction helped create a detailed map of the subsurface structures in this Martian region.

Scientists analyzed the new set of data that allowed them to look at up to 200 meters below the surface of the Red Planet. As a result, they discovered a previously unknown ancient layer, positioned between two layers of lava.

According to researchers, this layer starts at about 30 meters below the surface and its thickness varies. Curiously, the characteristics of the material were found to differ significantly from the solid basalts below and above it.

This is an important milestone for researchers as they now have a better idea about the evolution of the Red Planet. Scientists have even given us the approximate age for each of the three layers.

In the future, researchers intend to improve this technique in order to get a glimpse even deeper below the surface of Mars. Their goal is to create a subterranean map of at least a few kilometers of the Red Planet’s crust. 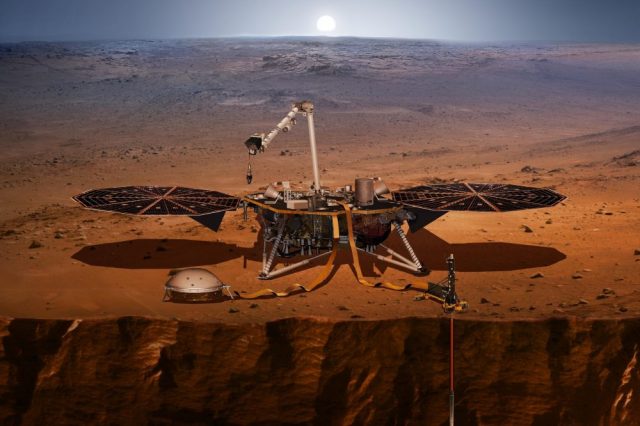