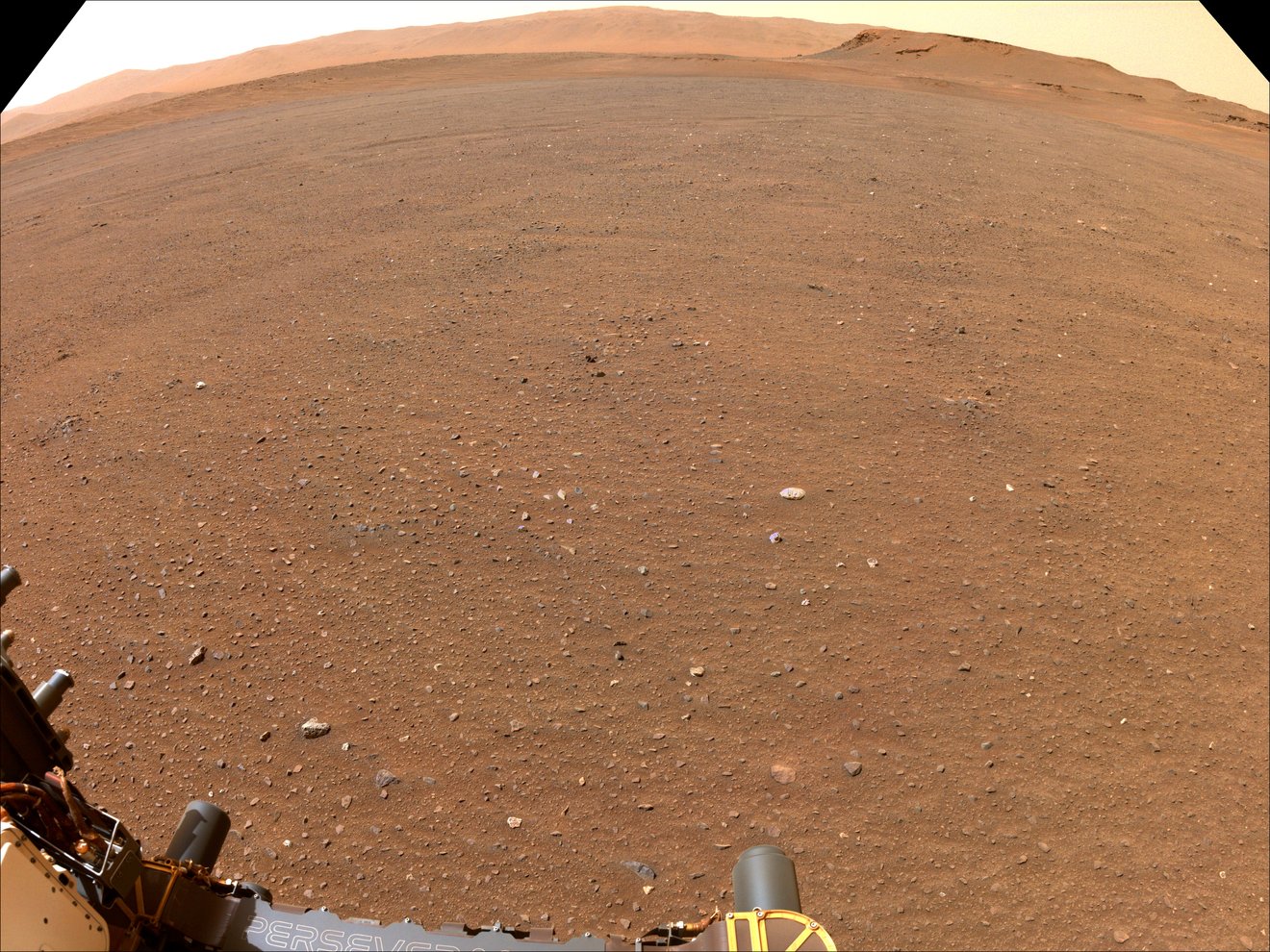 Mars Sample Return is an endeavor to retrieve and deliver samples of the Red Planet for intensive study in laboratories on Earth to find signs of microscopic life on Mars in the past. For this to be possible, NASA must select the location where it will place its "space port" on Mars, that will allow future missions to land and take off from Mars, enabling the delivery of material from Mars to Earth.

NASA’s Perseverance rover surveyed the ancient delta to determine if future round-trip missions could land in Jezero Crater. Analysis of the region seems to have confirmed what mission specialists had suspected based on satellite images of the area; it is large enough to house the first “space port” on the red planet. This Space port –landing strip — will help NASA land and launch rockets from Mars to Earth.

The Perseverance lander’s navigation camera took this image (featured image) to help plan the Mars Sample Return lander. This lander is intended to bring rock and sediment samples back to Earth for study. As we speak, and admimre the deepest image of the universe delivered by the James Webb Space Telescope, NASA’s Perseverance Rover is looking for locations where the Mars Sample Return (MSR) Campaign could land spacecraft and collect rock and sediment samples from Perseverance.

Several sites are being investigated due to their proximity to the delta and one another and their relatively flat, lander-friendly terrain.

Samples from Mars will be retrieved and returned to Earth for intensive study to discover if microscopic life ever existed on the Red Planet in the past. Several spacecraft, including a rocket that would launch from Mars, would be involved in NASA’s strategic partnership with ESA (European Space Agency).

In order to land on Mars, engineers prefer flat, level terrain because rocks and undulations are more difficult to navigate. Therefore, the MSR entry, descent, and landing team is seeking a 200-foot-radius flat landing zone to meet these needs.

“The Perseverance team pulled out all the stops for us because Mars Sample Return has unique needs regarding where we operate,” explained MSR Program Manager Richard Cook of NASA’s Jet Propulsion Laboratory in Southern California.

“Essentially, a dull landing place is good. The flatter and more uninspiring the vista, the better we like it because while there are a lot of things that need to be done when we arrive to pick up the samples, sightseeing is not one of them.”

MSR’s recovery vehicle will have a much easier time grabbing tubes before heading to the Sample Retrieval Lander and Mars Ascent Vehicle if the area is free of large rocks (especially those over 7 1/2 inches, or 19 centimeters, in diameter), sand dunes, and steeply angled terrain.

This is why it is imperative to scout the future landing area from the ground and the air. This is to ensure the landing site is clear of debris.

In the first phase of MSR, nine samples of Mars rock have already been collected and sealed. On July 6, the ninth sample was collected from Jezero Crater’s ancient river delta. Sample tubes will be dropped or cached on the surface by Perseverance for later retrieval by MSR during surface operations.

In the past, Mars’ climate was milder, and liquid water existed on its surface, according to observations from rovers and orbiters. As part of NASA’s exploration of Mars, Perseverance was sent to the planet to discover exactly when that period occurred and whether Mars was inhabited at that time. The robotic rover has been operating since February this year in the 45-kilometer Jezero crater.

According to the researchers, the Jezero crater was initially thought to have a system of open lakes. Still, now it is believed that Jezero was a closed system (with no rivers flowing out of it permanently). Furthermore, the water level there is believed to have been lower than previously thought. Perseverance’s sediment analysis provided all these new data.