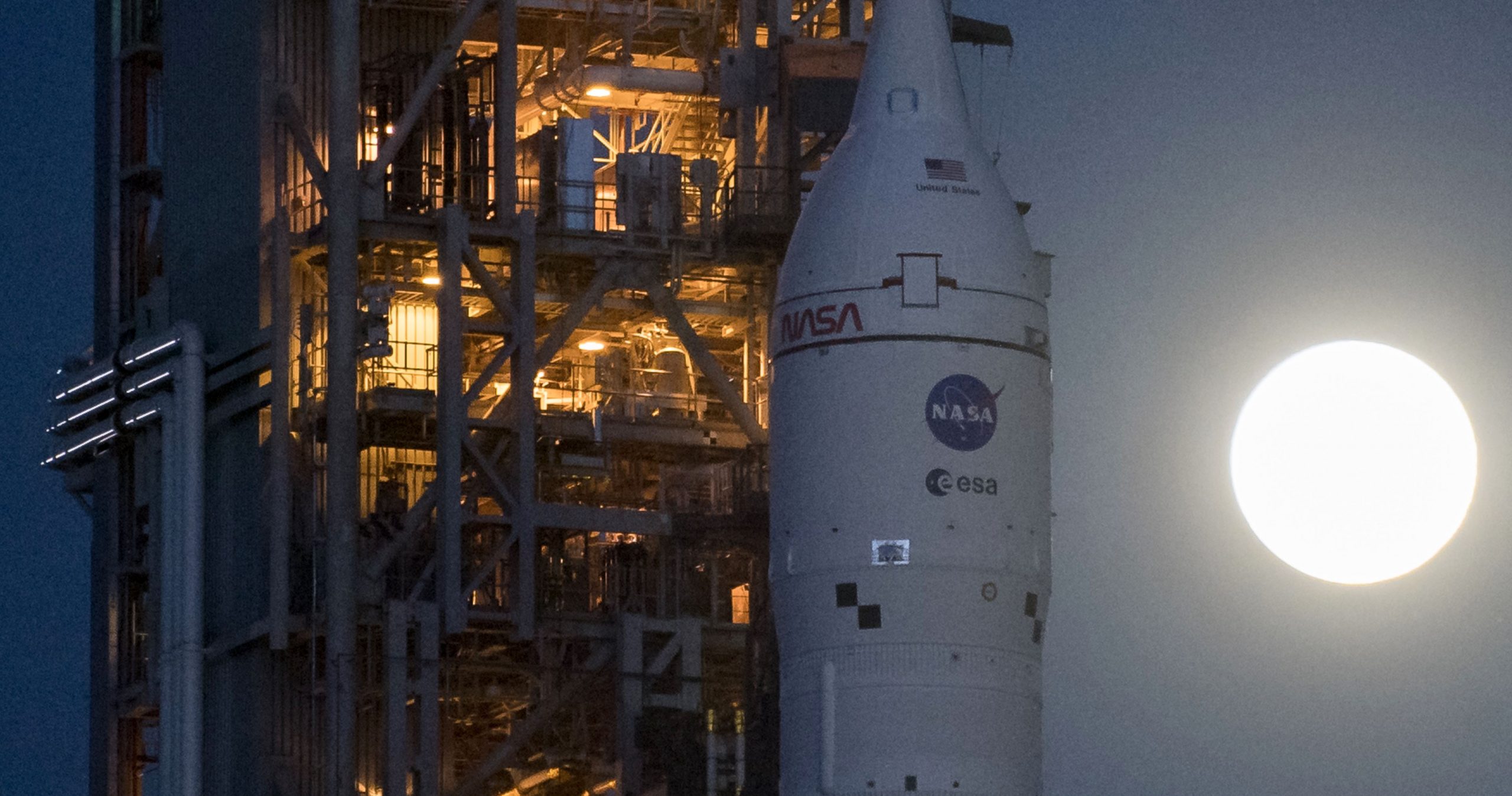 NASA will attempt launching Artemis 1 to the Moon On Saturday September 3, after a failed launch on August 29 due to engine problems.

In five decades since humans last walked on the Moon, this highly anticipated uncrewed mission-called Artemis 1 will bring the United States a step closer to returning astronauts to the Moon.

In a statement, NASA mission manager Mike Sarafin said that the launch date had been moved to Saturday, September 3, after team members agreed to give it another shot.” Blastoff had been scheduled to launch Monday morning, but it was canceled due to an engine test failing to reach the proper temperature range.

The launch window for Saturday will begin at 2:17 pm (1817 GMT), Sarafin announced at a media briefing on Tuesday. Despite a 60 percent chance of rain or thunderstorms on Saturday, launch weather officer Mark Burger still believes the launch will proceed.

This mission, which is named after Apollo’s twin sister, will test the Space Launch System rocket together with its crew capsule, Orion. An acceleration, vibration, and radiation measurement will be performed by mannequins equipped with sensors. Fifty years after the last moon landing by Apollo 17 astronauts, tens of thousands of people had gathered to watch the launch. US Vice President Kamala Harris was also among the spectators.

During the preparations for Monday’s launch, a lightning threat briefly delayed filling the orange-and-white rocket with ultra-cold liquid hydrogen and oxygen. The main stage was filled with hydrogen, but a potential leak was detected, causing a pause. After tests, the flow resumed.

The launch was scrubbed after NASA engineers discovered an engine temperature issue. John Honeycutt, manager of the Space Launch System program, said that the sensor’s behavior wasn’t consistent with the physics, adding that issues like these were not uncommon. As part of the assessment, Sarafin said the team would meet again on Thursday.

Orion will orbit the Moon in the near future to see if it is a safe vessel for people. Artemis intends to put a woman and a person of color on the Moon at some point. Orion’s 42-day journey will follow an elliptical pattern around the Moon, coming within 60 miles (100 kilometers) at the closest approach and 40,000 miles at its farthest approach, the deepest in space for a craft designed to carry humans.

With a diameter of 16 feet, the heat shield is the largest ever constructed, and testing it is one of the main objectives. As it returns to Earth’s atmosphere at 25,000 miles per hour, the heat shield will experience temperatures around half that of the Sun at 5,000 degrees Fahrenheit (2,760 degrees Celsius).

The NASA Artemis program is currently years behind schedule, costing $4.1 billion per launch, and is projected to cost $93 billion by 2025. Astronauts will travel around the Moon in orbit without landing on its surface during the next mission, Artemis 2.

The crew of Artemis 3 is expected to land on the Moon by 2025 at the earliest. After humans have visited the Moon, Artemis aims to bring humans to Mars on a crewed mission. An orbiting space station known as Gateway and a surface base are part of the Artemis program to establish a lasting human presence on the Moon. An expedition to the Red Planet would take several months, with Gateway serving as a staging and refueling station.