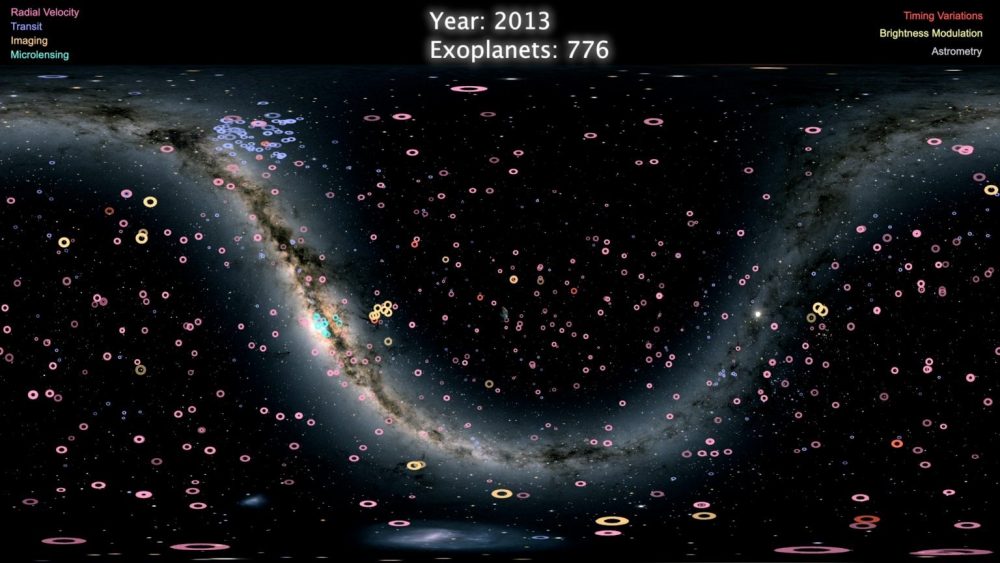 NASA has confirmed the existence of more than 4,800 exoplanets. Do you think some of them may host alien life?

Update; As of February 8, 2022, NASA has reported discovering–confirmed–a total of 4,914 exoplanets. Researchers are yet to analyze a total of 8,460 exoplanet candidates in 3,686 solar systems.

Earth is so far the only known planet in the universe to support life as we know it. But that doesn’t mean that there aren’t similar planets to Earth out there and that we are alone in the vastness of space.

And we know that there are plenty of alien worlds out there.

But this wasn’t always the case.

Before 1991, when the first exoplanet was discovered, we didn’t know whether there were any planets beyond our solar system.

Sure, we theorized about them, but we didn’t have evidence to support the guesswork.

But after October 1991, things changed.

We learned that our solar system isn’t the only one in space, home to different types of planets.

Searching for exoplanets has taken us a long way since 1991.

NASA confirmed the existence of the 4,000th exoplanet and is celebrating the discovery with a stunning, cosmic map, featuring all of the exoplanets that have been found to date.

The incredible animated cosmic map was created by Matt Russo, while Andrew Santaguida made the sound, both members of a science-art project called system Sound. The video map was published on YouTube and described on NASA’s Astronomy Picture of the Day (APOD) site.

The video published on YouTube highlights the thousands of exoplanets in sound and light, showing the discovery of the alien worlds in chronological order, from the first confirmed detection in 1992.

The Kepler Space Telescope is to thank for most of the exploring. The now-retired observatory launched in 2009 has spent a decade orbiting the sun, and exploring deep space, searching for exoplanets and the many cosmic mysteries.

Retired in 2018, the Keppler space telescope has gathered 478 gigabytes of data, discovering numerous exoplanets as well as 61 supernovae.

TESS has the ability to search a much greater patch of the sky and is expected to discover as many as 20,000 planets in just a few years.