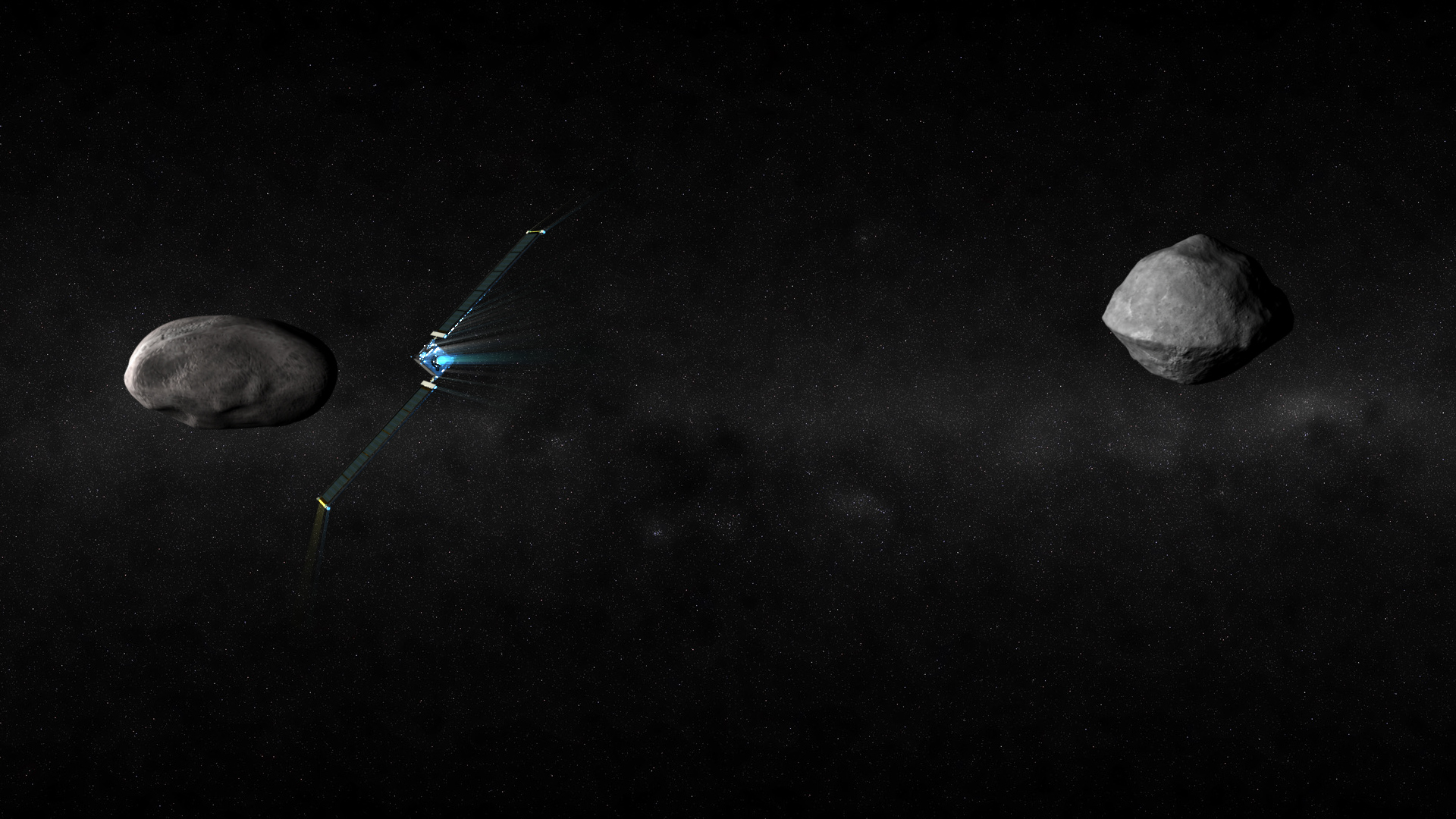 In just over a month, we will learn whether we are able to defend against asteroids capable of destroying entire cities.

Asteroids capable of destroying entire cities or even causing extinction events are a certain possibility, and we will know in just over a month whether we can defend ourselves against the said possibility.

Sixty-five million years ago, a massive asteroid impacted a region just off the present-day coast of Yucatan. The space rock is said to have been responsible for a mass extinction event, sealing the fate of the dinosaurs.

Such events, while maybe uncommon, are a threat to Earth, and we must develop techniques to help us deflect or destroy such space rocks.

Luckily, NASA and its partners are already working on that.

In total, the Didymos system is estimated to weigh 528 billion kilograms, of which 4.8 billion kilograms come from Dimorphos. The smaller asteroid Dimorphos will be targeted by DART. Asteroid Didymos does not cross Earth’s orbit, so an impact hazard cannot be posed by the deflection experiment.

A hypothetical asteroid headed for Earth could be mitigated over time by the cumulative trajectory change caused by such a small change in velocity. It is estimated that Dimorphos’ orbital period will be reduced by roughly 10 minutes due to the impact, which targets the center of its figure.

It is imperative that the spacecraft hits Dimorphos in the opposite direction to the asteroid’s motion.

Since the topology of the surface determines the actual change in velocity and orbital shift, we cannot know the changes until after they have taken place.

Upon impact, Dimorphos’ orbital speed drops slightly, which in turn reduces the orbital radius around Didymos. Dimorphos has a much lower mass than Didymos, so its trajectory is modified in reduced proportions.

Due to recoil momentum caused by impact ejecta, there is an unpredictably pronounced “momentum enhancement” effect.

The purpose of this test is to show that a spacecraft can navigate autonomously to an asteroid and intentionally collide with it to change its motion so that astronomers can observe it from the ground.

It will provide critical data to prepare for the possibility of an asteroid impacting Earth if one is found.