A mysterious supermassive ‘monolith iceberg’ has been seen by NASA scientists while they were exploring Antarctica.

The massive rectangular berg was seen off the coast of the Antarctic Peninsula near the Larsen C Ice Shelf.

Despite its weird shape and odd appearance, we aren’t dealing with an alien base, nor did NASA find a Nazi base. It’s just a weird-ass berg, sitting on one of the most isolated continents on Earth.

According to NASA, the berg most likely recently broke off of the shelf, and its precise,’ sharp angles, as well as its flat surface, is probably evidence of just that.

The mysterious Berg is known as a tabular iceberg.

Speaking about the odd find, NASA expanded: “A tabular iceberg can be seen on the right, floating among sea ice just off of the Larsen C ice shelf.”

“The iceberg’s sharp angles and flat surface indicate that it probably recently calved from the ice shelf,” the space agency added.

The oddly shaped Berg was photographed by experts during an IceBridge Flight, one of the aerial surveys of the Earth’s polar ice that offers a three-dimensional view of the ice that makes up not only Antarctica but the Arctic as well, providing crucial information on how Ice changes over time.

Speaking to LiveScience, NASA scientist Kelly Brunt explained that ‘tabular icebergs are rather like fingernails that crack of, giving them sharp edges.

“What makes this one a bit unusual is that it looks almost like a square,” she said.

According to estimates, it’s around two miles wide.

Researchers have been closely monitoring the Larsen C ice shelf ever since a  massive iceberg broke free, and began to spin. It was thought that the gigantic area, estimated to be the size of Delaware was locked into place after it got stuck on the seabed.

However, it now appears to be moving.

“You can see at between 7-12 July 2018 the weather conditions and ocean currents conspire to swing the trillion tons of the giant iceberg A68 in an anticlockwise direction,” said Brandon.

“My guess is that A68a will continue rotating as it is now around that western point until what is currently the northern edge collides with the Larsen C ice front.”

“It has a spectacular amount of momentum and it’s not going to stop easily. I should think we will see some interesting collisions with the ice shelf in the next few months,” he added. 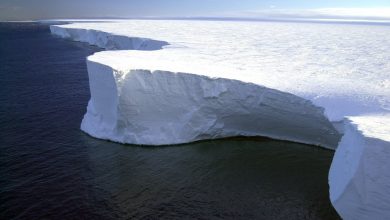 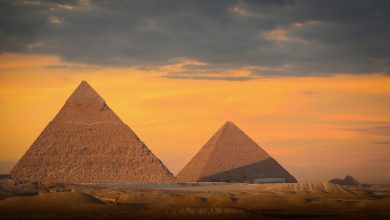 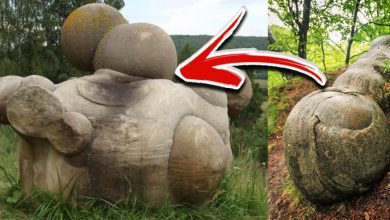 8 Things You Should Know About Trovants, the “Living Stones”