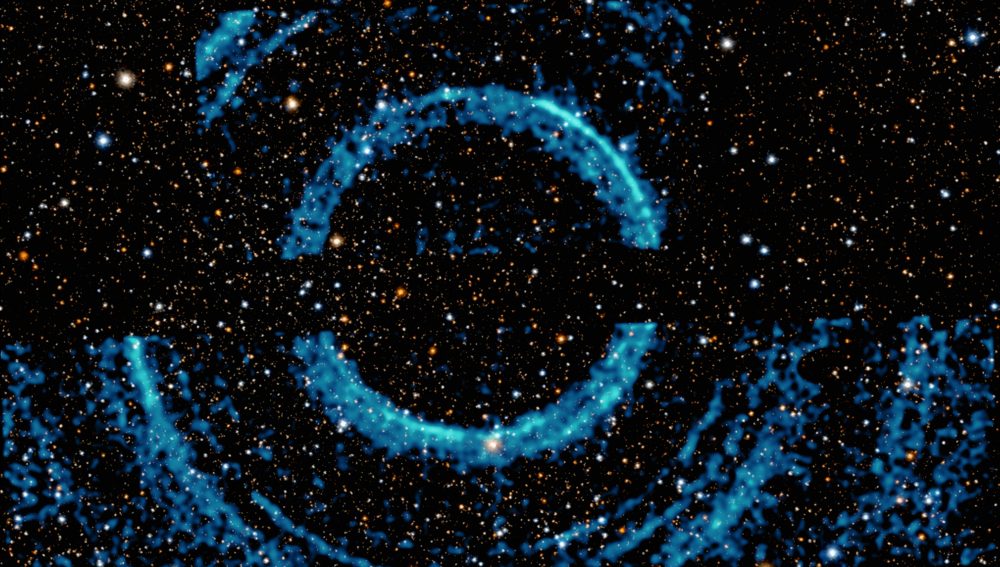 NASA has shared an image of ripples in dusty clouds caused by an X-ray burst in a binary system of a black hole and a star.

American scientists using NASA’s Chandra and Swift space observatories have captured a bright short-lived phenomenon – a sequence of concentric rings around a black hole, which are echoes from X-ray flares. Such images of giant X-ray rings provide new information about the dust contained in our Galaxy.

This impressive picture is a combination of two images captured by three different instruments: the Pan-STARRS telescope in Hawaii and the Chandra X-Ray Observatory and Neil Gehrels Swift Observatory orbiting telescopes. The picture of the stars in the background was taken with the first telescope, and we see the light blue waves thanks to the last two.

At the center of these waves – at a distance of 7800 light-years from us – is the binary system V404 Cygni form a black hole weighing 9 Suns and a star with a mass of about half that of the Sun.

A black hole “pulls” matter from the star, forming discs around itself that glow in the X-ray range – for this, it and similar systems are called “X-ray binaries.”

In 2015, Swift detected a spike in X-ray activity in the system. The radiation then bounced off the dust clouds between the source and the Earth, like an echo. The X-ray rings in the image represent the echoes of multiple flashes bouncing off various clouds.

These events allowed astronomers to learn a lot not only about the system itself but also about the space between it and us. So, by the diameter of these rings, you can find out the distance from the corresponding dust cloud to the Earth: the larger the ring, the closer the cloud from which the light has bounced off.

NASA also explained why the inner diameter of the X-ray rings is so small: the matter is in the short duration of the burst itself.

A total of 50 observations of the Swift telescope were analyzed, and the Chandra Observatory monitored the system on July 11 and 25 in 2015. The team even had to move the latter so that the V404 Cygni was between the instrument’s detectors in order to avoid damage in the event of another burst of equally extreme brightness.

Also, scientists were able to analyze the X-ray spectrum and compare the results with computer models in order to find out the composition of dust clouds.

It turned out that the dust most likely contains silicon and graphite. In addition, the previously stated assumption that the cloud density changes uniformly in all directions was refuted.

The research was led by Sebastian Heinz of the University of Wisconsin. Other variations of this image, including the two initial photos taken separately, are available on the Chandra Observatory website. 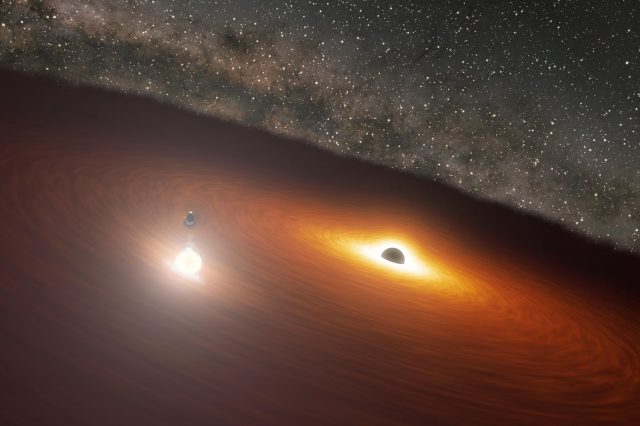 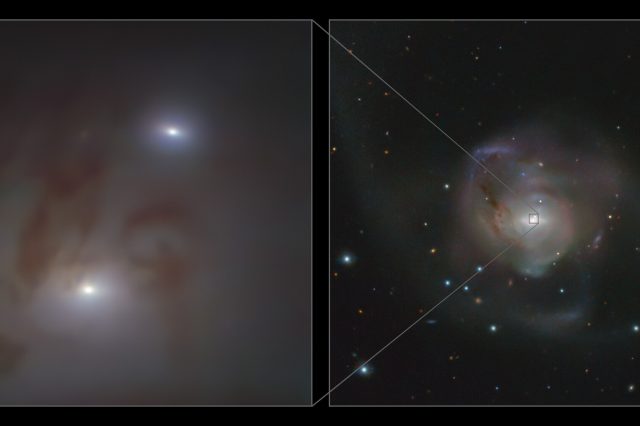