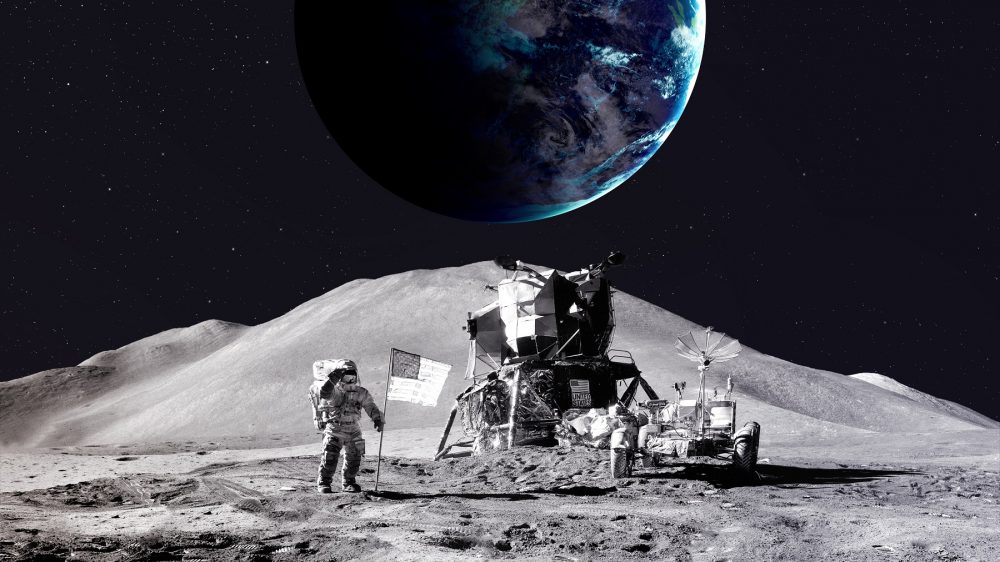 NASA is set to announce a "Fascinating" discovery on the Moon this monday.

Humankind has looked towards the Moon since time immemorial. Our ancestors have looked to the stars and the Moon in awe for hundreds of thousands of years ago. Eventually, and as we developed as a civilization, society and species, we have learned to study the Moon, which has become an integral part of our history ever since.

In modern times, with the technology available to us, we have surveyed the Moon, learning a great deal about it. Half a decade ago, we even successfully landed mankind on its surface in a historical moment that proved that humankind is a species that is destined to travel the stars.

We have come a long way since the Apollo moon landing; we’ve landed landers and rovers on Mars and sent out spacecraft that have reached the outermost limits of the solar system, like New Horizons and the Voyager 1 and 2 probes.

We have made the impossible possible, and we are set for even greater things; mankind will most likely put a human on the surface of Mars within the next 10 years, and we will have a lunar colony by then. At least, this is what companies such as SpaceX, Blue Origin, and even NASA want to achieve. Roscosmos–the Russian space agency, and CNSA–the Chinese space agency have similar goals, and maybe if we all work together, we can travel to the stars sooner than we imagined. The Chinese Space Agency has firmly set its eyes on the Moon in recent years.

But all great things start with small steps, and the first step towards humankind’s journey into the stars is to fully understand the Moon and explore every single of its corners.

Now, NASA has revealed it is going to announce a “fascinating discovery” about the Moon. The event will take place on Monday, October 26.

Although we don’t know what NASA will announce, we have a few clues that can help lessen the mystery.

These new results –findings–are courtesy of the Stratospheric Observatory for Infrared Astronomy (SOFIA).

It is the largest aerial observatory globally, and it is actually a NASA Boeing 747SP aircraft modified to carry a 2.5-meter reflecting telescope built by the German space agency.

Unlike telescopes on the Earth’s surface, SOFIA flies at an altitude of between 11 and 13 kilometers in our planet’s stratosphere.

The observatory can soar above 99 percent of the atmosphere that blocks infrared wavelengths, allowing it to perform studies of the infrared universe (between lengths of 0.3 and 1600), making it a unique tool for astronomers.

SOFIA instruments have previously detected oxygen in the Martian atmosphere and ice hydride molecules in the planetary nebula NGC 7027 – hitherto undetected in the natural world.

Its numerous infrared measurements have also helped shed some light on exoplanetary collisions and the heart of our and other galaxies.

Now, it would seem that SOFIA has found something on the Moon as well.

Although NASA has not revealed any spoilers, in a statement on their website, the space agency has explained that the “discovery is in line with studies of the Moon intended to facilitate future colonization under the Artemis program.”

The announcement will be led by SOFIA mission scientist Naseem Rangwala of the Ames Research Center, Jacob Bleacher, chief of NASA’s Directorate of Mission Operation and Human Exploration.

Artemis is NASA’s new Moon program, where the American space agency is expected to land the first woman and next man on the lunar surface by 2024.

To do this, the agency is expected to use innovative technologies that will facilitate our exploration of the lunar surface like never before. To achieve that goal, and unlike with the Apollo missions, Artemis will see various commercial and international patterns participate in the program which will help establish a sustainable exploration by the end of the decade, NASA has explained.

The announcement will be broadcast live on NASA TV Monday, October 26, at 12:00 pm ED, so don’t forget to tune in.