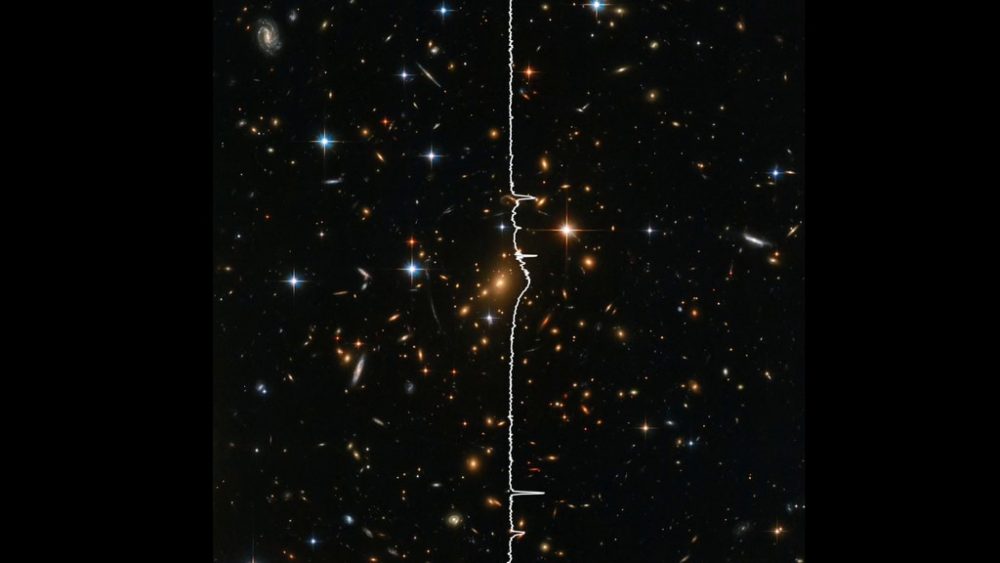 Here is your chance to hear the sound of the cosmos.

NASA has recently published a video where scientists have created a sonification of a Hubble Deep Space Image.

Space becomes ‘sonified’ in this visualization of a cluster of galaxies imaged by NASA’s Hubble Space Telescope, wrote the agency on their YouTube post.

As noted by NASA, in their vide, time flows left to right, and the frequency of sound changes from bottom to top, ranging from 30 to 1,000 Hertz.

in the video, objects that appear near the bottom of the image produce lower notes, while those located near the top produce higher ones.

Most of the visible specks are galaxies that are home to countless stars.

There are a few individual stars shining brightly in the foreground.

The higher density of galaxies near the center of the image — the heart of this galaxy cluster, known as RXC J0142.9+4438 — results in a swell of mid-range tones halfway through the video. Hubble’s Advanced Camera for Surveys and Wide Field Camera 3 acquired this image on Aug. 13, 2018.

Check out the video: