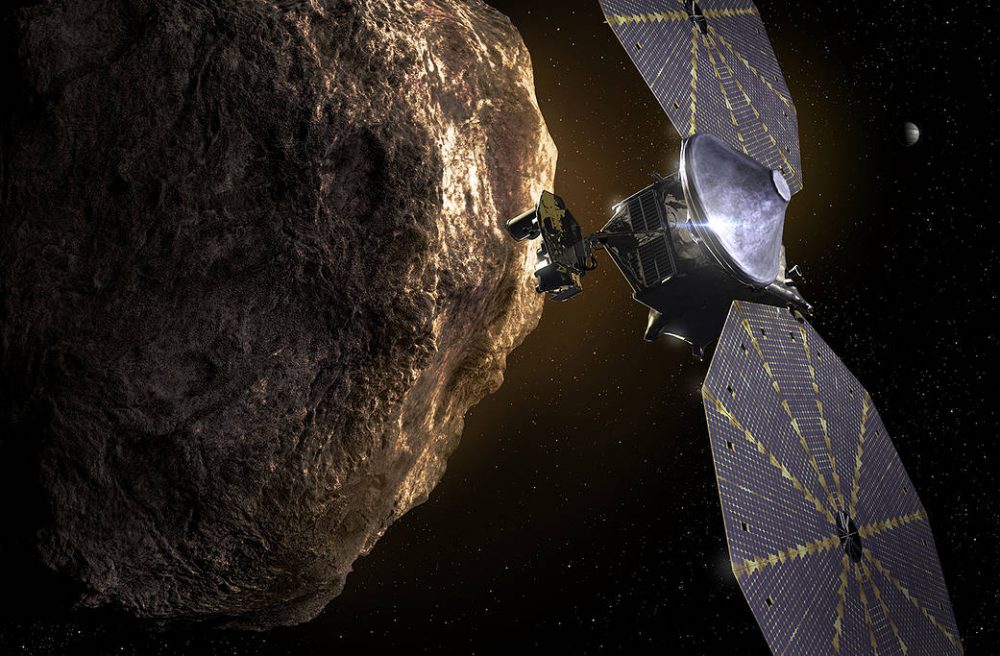 A time-capsule for future humans or aliens to find.

NASA’s new interplanetary Lucy mission, scheduled for launch into space in October 2021, will carry a “time-capsule” with famous quotes from prominent members of society or history. Since the station will continue to orbit Earth for hundreds of thousands of years, perhaps it will one day be found by our distant descendants or perhaps even aliens.

1. The mission of the new interplanetary station “Lucy”, developed by NASA as part of the Discovery program, will be the remote study of several Trojan asteroids of Jupiter, which are located in the vicinity of the L 4 and L 5 Lagrange points in the Sun-Jupiter system and a 1: 1 orbital resonance with the planet.

2. Such objects are found in almost all planets of the solar system and may contain particles of protosolar nebula, organic matter, and ice. Their study will help to understand the processes that took place in the early solar system.

3. The scientific workload of the station consists of two cameras (multispectral and high resolution), as well as two spectrometers operating in the visible and infrared ranges.

6. After that, the Lucy mission, having made another gravitational maneuver near the Earth, will explore Trojan asteroids (617) Patroclus and Menoetius on March 2, 2033, located at point L 5 in the Sun-Jupiter system and forming a binary system. After completing all the planned research, the scientific program can be extended.

7. Like all recent NASA spacecraft, Lucy will also carry a curious bonus cargo, this time in the shape of a plaque. The messages on this “time-capsule” include famous quotes from prominent members of our society.

8. Some of the memorable messages include an old quote from every original Beatles member, as well as words from Einstein, Martin Luther King Jr., Carl Sagan, and others.

9. NASA hopes that one day Astro-archaeologists from the distant future will find “Lucy” and see these messages from our time. After all, once the spacecraft completes its mission in 2033, it will continue to travel between the Trojan asteroids freely for hundreds of thousands of years or more. That gives humanity enough time to develop and acquire the ability to travel among the planets.

10. This is not the first time that NASA’s spacecraft carry messages to whoever may eventually intercept the craft. Well-known previous cases include the Pioneer and Voyager probes. The difference from all previous cases, however, is that in the past, the messages were meant for aliens. This time, however, NASA dedicated the plaque to future humans.

Hopefully, whoever finds the remains of “Lucy” will actually be able to speak English, right? After all, say that it happens in 100,000 thousand years or more. Will people even be speaking the same languages as we do today or not? 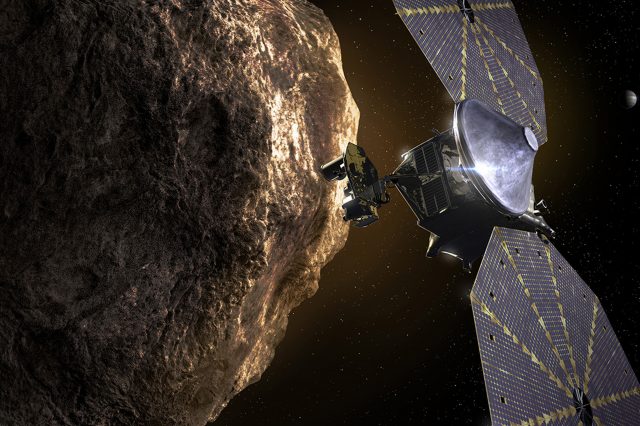