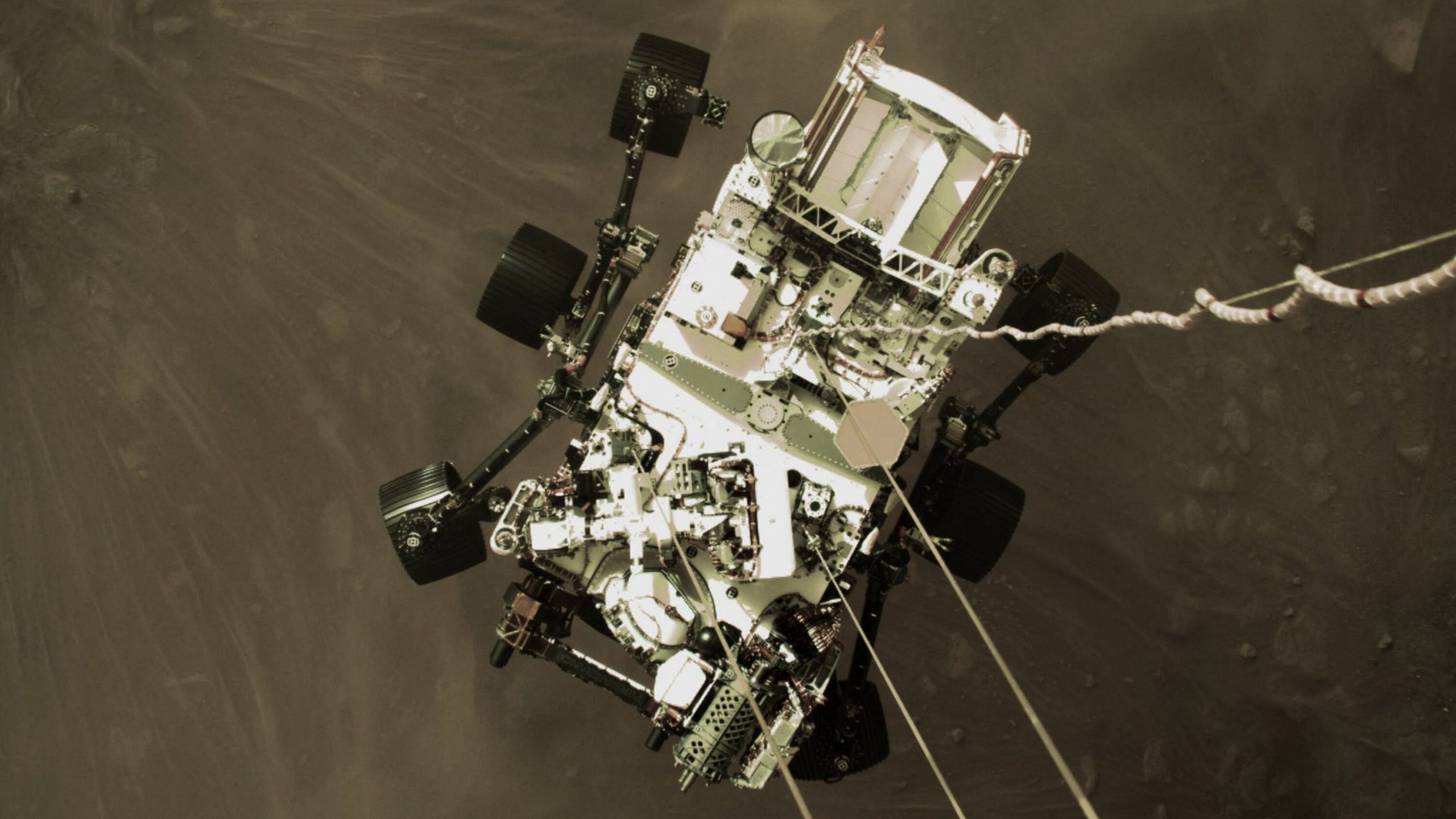 "Microphones will be an important asset to future Mars and solar system science."

Its microphones recorded about five hours of Martian gusts of wind, as well as the crunch of the earth, heard from the movement of the device.

The rover is equipped with high-quality microphones that are capable of transmitting the acoustic background on the Red Planet in great quality.

Hear the sounds on Mars recorded by Perseverance

Perseverance recorded a variety of sounds on Mars. We already mentioned the wind and the sounds from the rover’s movement. The buzzing of the apparatus’ engines was also included in the recording because audio has another important function: with its help, scientists can use sound as a means of monitoring the state of the device, just like a mechanic listens to a car engine.

The recordings were published on the official NASA website, as well as on the department’s YouTube channel. Scientists working on the program recommend that you use headphones when you listen to the video because Martian sounds “contain strong bass vibrations”.

In the commentary to the video, NASA experts indicated that the atmosphere there is much more rarefied than on Earth. This feature affects the propagation of sound waves. It creates the effect of hearing birds singing or chirping.

One of the first recordings of sounds on Mars

Perseverance is one of the first spacecraft to record sounds on Mars. One of its micro-turbulence and wind-tracking microphones was integrated into the SuperCam. Since the atmosphere of the Red Planet is less dense than that of Earth, the researchers assumed that the higher frequencies would be indistinguishable.

However, they were surprised when the microphone picked up the whirring of the Ingenuity helicopter’s propellers from a distance of about 80 meters. After receiving the data, NASA will present it to the US authorities at the Pasadena Jet Propulsion Laboratory to discuss future research.

Earlier, the Perseverance team received data from the rover that discovered that Mars once had water. Researchers have repeatedly put forward various hypotheses explaining the reasons for the disappearance of liquid from the planet’s surface.

At the end of September, another theory was added to their number, which was put forward by scientists at the University of Washington in St. Louis. In their opinion, Mars turned out to be too small to hold enough water. We have a separate article dedicated to this recent theory which you can read here.

NASA is actively exploring Mars and provides an opportunity to get acquainted with it for everyone interested. Last month, the agency developed a 3D tour of the planet, thanks to which any user will be able to visit Mars there without leaving the Earth.

Images of the planet can be rotated in different directions, exploring the terrain from different angles, and also put flags on those objects or areas that you want to see closer. If you want to explore Mars by yourself, follow this link to NASA’s interactive experience “Explore with Perseverance”.