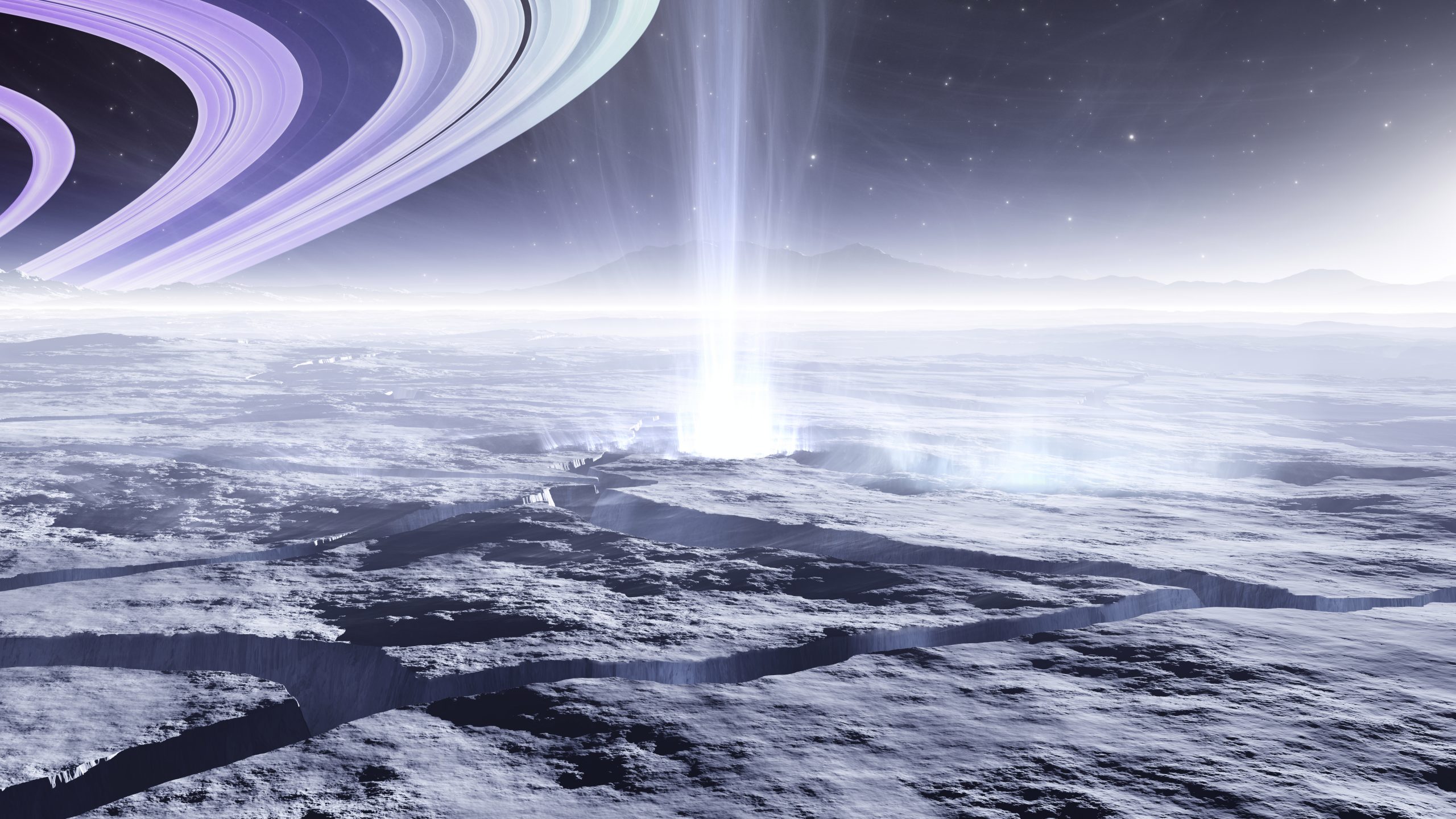 New evidence of a key building block for life has been found in the subsurface ocean of Saturn's moon Enceladus.

A team of scientists has discovered new evidence that a key building block for life could exist in the subsurface ocean of Saturn’s moon Enceladus, according to Southwest Research Institute’s Dr. Christopher Glein. Using new modeling techniques, it is suggested that Enceladus’ ocean should have relatively high concentrations of dissolved phosphorus, an essential component for life.

Some would say we are on the verge of finding out whether we are alone in the universe. Okay, while the term alone in the universe is perhaps a far fetch since we cannot possibly explore it, we are perhaps on the brink of finding out whether life developed elsewhere in the solar system. Although this remains still a question awaiting an answer, we have quite a few clues as to where life may have developed. In addition to Mars, which is being explored by several robotic missions, scientists have their eyes set on Enceladus, one of Saturns moons.

A leading expert in extraterrestrial oceanography, Glein, cited Enceladus as one of humanity’s top targets in the search for life in our solar system. “The discoveries made possible by NASA’s Cassini spacecraft have repeatedly blown us away in the last few years,” Glein was quoted saying. When ice grains and water vapor erupted from cracks in Enceladus’ icy surface, Cassini was able to detect subsurface liquid water and analyze samples.

According to Glein, almost all of the basic requirements of life can be found in the plume that emanated from Enceladus. In spite of the fact that the bioessential element phosphorus has not yet been directly identified, scientists have found evidence of its presence under the moon’s icy crust. Over the past 25 years, planetary scientists have discovered that many planets in our solar system have oceans beneath their surface layers of ice. This is a big deal in our hopes of finding life, whatever it may look like, even if it is microbial in nature.

In addition to Europa, Titan, and Enceladus, more distant bodies such as Pluto appear to be like these worlds. For worlds like Earth with surface oceans to maintain temperatures that support liquid water, they must live within a narrow range of distances from their host stars, in a zone scientists usually refer to as the Goldilocks zone. The number of habitable worlds across the galaxy may be greatly expanded by interior water ocean worlds, however, which can occur over a much wider distance range.

We now search for the building blocks of life, including organic molecules, ammonia, sulfur-containing compounds, and the chemical energy needed to support life, in the hunt for extraterrestrial habitability in the solar system, said Glein. “Phosphorus presents an interesting case because previous work suggested that it might be scarce in the ocean of Enceladus, which would dim the prospects for life.” All life on Earth depends on phosphates, a form of phosphorus. Among other things, this molecule is responsible for creating DNA and RNA, energy-carrying molecules, cell membranes, bones and teeth, and even the microbiome of plankton in the sea.

In light of Cassini’s insights regarding the ocean-seafloor system on Enceladus, team members carried out thermodynamic and kinetic modeling to simulate the geochemistry of phosphorus. A geochemical model was developed predicting high phosphate mineral solubility on Enceladus from this research. It is inevitable that there will be dissolved phosphorus in this seawater, as its phosphorus level is higher or comparable to that of modern seawater on Earth,” Glein explains. The oceans of Enceladus are now more likely to be habitable than we thought they would be, which is good news for astrobiology, the experts explained.

This is indeed huge news in our search for life in the solar system. But in order to be sure that scientists are onto something, in-situ research needs to be done, and this means getting ready an unmanned spacecraft and taking it directly to Enceladus, where it can analyze, study and even collect samples of the mysterious oceans that lay beneath.

Furthermore, it is worth mentioning that a study published in 20121 found many similarities between the ocean surrounding Antarctica and the ocean that exists beneath the icy crust of Enceladus. As revealed in the previous study, which you can access here, Enceladus’ ocean is subject to global circulation processes that transfer heat and various substances between the bottom of the ocean and the overlying layers of water. In the study, scientists used data from the Cassini spacecraft and current knowledge about Earth’s Antarctic Ocean to build a new ocean model.

The paper describing the find was published in the Proceedings of the National Academy of Sciences.