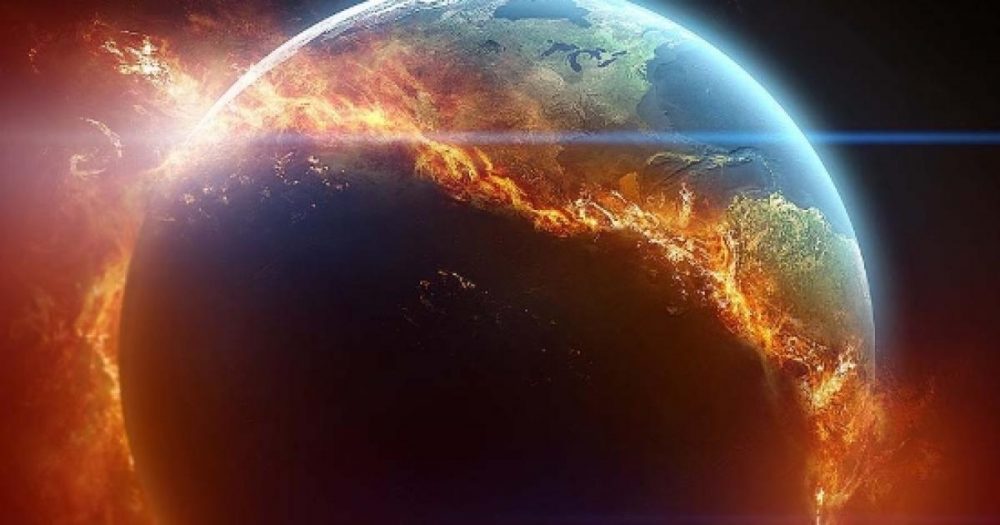 A comet may have ended previous civilizations on Earth, around 13,000 years ago.

Researchers believe they have enough evidence to suggest that a comet may have set the Earth on Fire, approximately 13,000 years ago. An unprecedented, catastrophic global event left huge marks on the planet and civilization.

Scientists have uncovered paleontological evidence in southern Chile, which supports previous theories that a massive cosmic impact event occurred some 12,800 years ago, causing the ‘world to burn.”

“It’s much more extreme than I ever thought when I started this work,” UC Santa Barbara geology professor emeritus James Kennett noted.

“The more work that has been done, the more extreme it seems.”

The key to learning what happened is the Younger Dryas Impact Hypothesis, which suggests that a fragmented comet collided with the Earth close to 12,800 years ago.

The fragmented comet may have triggered abrupt changes in the climate, particularly a rapid cooling of the Northern Hemisphere: the Younger Dryas, amid a general global trend of warming and ice sheet melting.

But a new study published in the journal Nature Scientific Reports, by Kennett and colleagues, led by Chilean paleontologist Mario Pino expands the Younger Dryas Impact Hypothesis as never before.

The new paper offers new evidence of a cosmic impact located far south of the equator, which may have triggered massive biomass burning, climate change, and megafaunal extinctions nearly 12,800 years ago.

“We have identified the YDB layer at high latitudes in the Southern Hemisphere at near 41 degrees south, close to the tip of South America,” professor Kennett said.

“This is a major expansion of the extent of the YDB event.”

And that’s because the vast majority of evidence to date had been discovered predominantly in the Northern Hemisphere.

Evidence to support the hypothesis was found when a group of Chilean researchers analyzing sediment layers at a well-known Quaternary paleontological and archaeological site, Pilauco Bajo, found changes known to be associated with YDB impact events.

Scientists discovered a “black mat” layer,  some 12,800 years in age, that strangely coincided with the time South American Pleistocene megafauna fossils disappeared, and extreme changes in the regional vegetation occurred.

Did a comet set the Earth on fire?

The date also coincides with the disappearance of human artifacts.

“Because the sequencing of these events looked like what had already been described in the YDB papers for North America and Western Europe, the group decided to run analyses of impact-related proxies in search of the YDB layer,” Kennett explained.

Scientists eventually discovered microscopic spherules thought to have been created by melting after being exposed to extremely high temperatures exposed to the impact.

Furthermore, scientists discovered that the spherules contained peak concentrations of platinum and gold and native iron particles, which scientists say are rarely found in nature.

“Among the most important spherules are those that are chromium-rich,” Kennett explained.

It has been found that the Pilauco site spherules contain an unusual level of chromium. This element is not found in Northern Hemisphere YDB impact spherules but is in South America.

“It turns out that volcanic rocks in the southern Andes can be rich in chromium, and these rocks provided a local source for this chromium,” he added.

“Thus, the cometary objects must have also hit South America.”

Read more about the discovery and its implications for history and our planet.