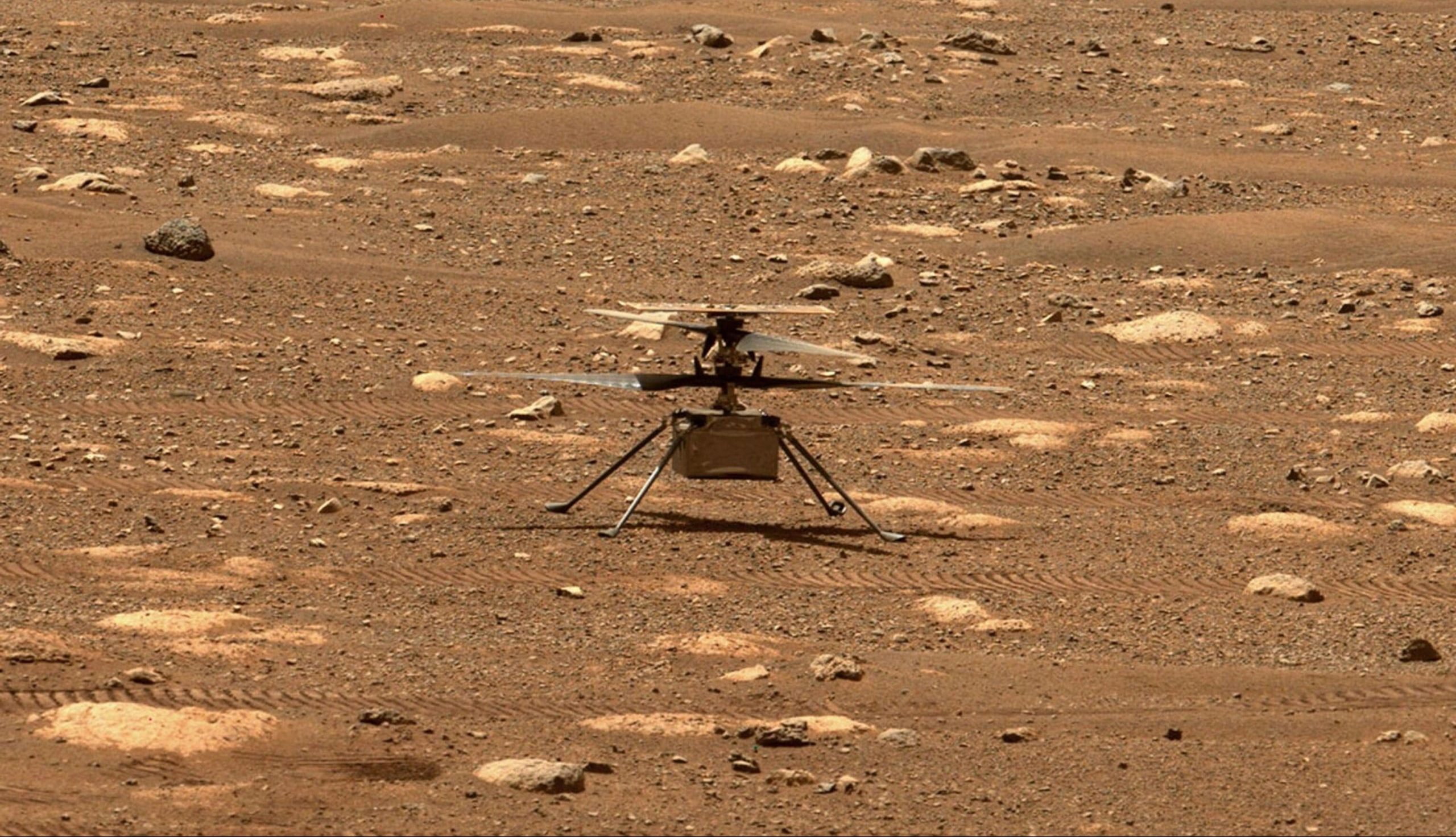 See the 13th flight of the Ingenuity helicopter in zoomed-in and wide-angle view in NASA's latest videos.

In seven months of work on Mars, Ingenuity made 15 flights, although initially only 5 were planned. The Martian helicopter showed high survivability, not only overcoming difficult routes but also successfully coping with major disruptions in its work.

Thanks to this, at first, its scientific program was expanded. and then extended indefinitely. Now, NASA shared two videos captured by the Perseverance rover, which give us a good look at the 13th flight of the Ingenuity helicopter.

NASA showed two videos filmed by Perseverance during the 13th flight of the Ingenuity helicopter on September 4. The flight lasted 160.5 seconds, during which time the helicopter took pictures of the geological region of Seitah from a height of eight meters at different angles. These images complemented those collected during the 12th flight and provided scientists with valuable information about the area.

In the first video, you can see the takeoff and landing of the helicopter in close-up. It was filmed so that scientists can measure the dust plumes that it throws out. In the second video, Ingenuity appears as a small dot. Scientists note that it allows you to estimate the scale of the region that the helicopter is exploring.

Ingenuity threw up a small plume of dust during takeoff. After it rose to a predetermined height of eight meters, it made a small pirouette to set up its color camera. Then, Ingenuity moved horizontally and disappeared from the frame for a while. After completing all the necessary operations, the helicopter landed at a distance of 12 meters from the take-off point.

Latest flights and achievements of the Ingenuity helicopter

Ingenuity ceased scientific operations in October. This was due to the fact that the Earth and Mars were in opposition – from different sides of the Sun. Therefore, the mission team could not transmit commands to the small apparatus.

On October 19, 2021, the Perseverance rover and Ingenuity re-established communication with the Earth, after which the drone successfully completed a test spinning of the propellers up to 50 rpm – the engineers wanted to make sure that the device was working after a long downtime.

The fourteenth flight itself took place on October 23 and was a “jump” five meters up, during which the propellers were spun up to 2700 rpm. After that, the drone landed 2.75 meters from the starting point. With this test, the engineers confirmed the ability of the helicopter to fly at a lower atmospheric density on the Red Planet.

On November 6, 2021, Ingenyuiti made its fifteenth flight, which was the first full-fledged long flight at high propeller speeds. The helicopter flew 406 meters in 128.8 seconds, being at an altitude of 12 meters. During this time, it captured ten color photographs of the area. The purpose of this flight was to explore the ledge, not far from which the Perseverance rover is located.