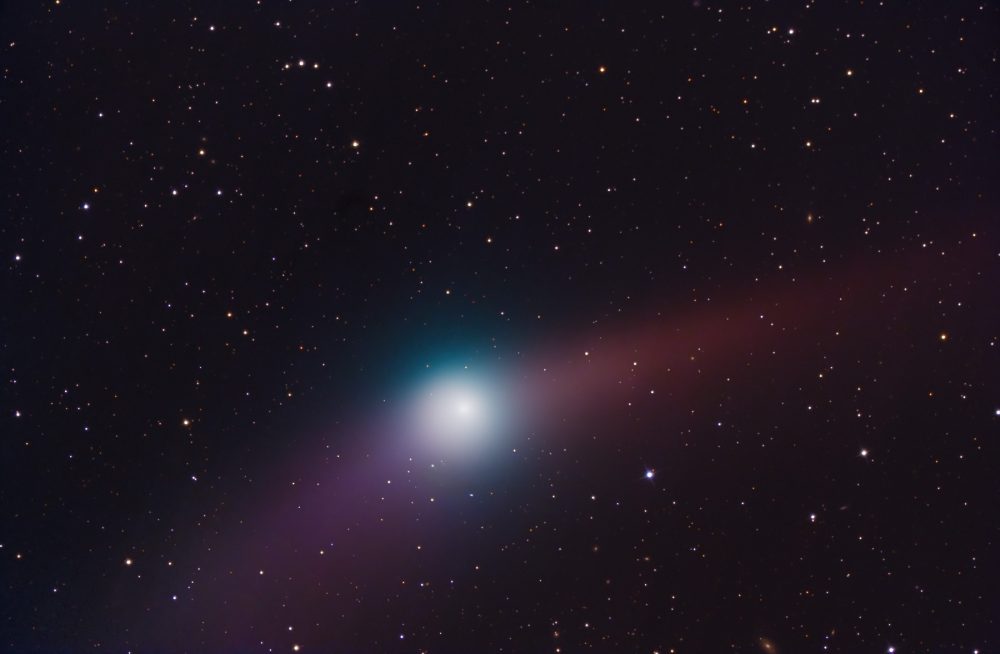 A comet called Atlas C/2019 Y4 is heading towards Earth. It is expected to pass safely past Earth in May of 2020. However, experts have noticed the comet is getting "really bright, really fast.

There’s a comet heading our way—not it won’t crash into Earth—and astronomers are getting excited because, as it makes it saw safely past Earth, it may put on a show of “cosmic proportions” shining as bright as Venus.

The comet, named Atlas (C/2019 Y4), was discovered in December 2019 and is currently close to the orbit of Mars, on its way towards the Sun.

At its closest approach, in late May, it could become as bright as Polaris, the North Star, and even rival the brightness of planet Venus.

Curiously, the last time amateur astronomers had the opportunity to see a comet with the naked eye was in 1997, during the passage of comet Hale-Bopp. Comet Hyakutake passed Earth only a year earlier.

That’s why astronomers have gotten excited about the cosmic event, getting ready to observe the space rock as it passes by.

The comet was discovered very recently, on December 28, 2019, by the Asteroid Terrestrial-impact Last Alert System in Hawaii, whose initials actually represent the name of the object.

Back then it was in the Ursa Major constellation, 439 million kilometers from the Sun and with a very weak brightness, of magnitude 20 — that’s 398,000 times dimmer than the stars we see with the naked eye.

Despite being extremely faint when astronomers first observed it, recent observations of the object have revealed that it has been “brightening so rapidly” that astronomers are looking forward to the spectacle it will put on as it makes its way past Earth and towards the sun.

After a comet drought that has lasted for more than twenty years, astronomers are exited.

Astronomers have calculated that at its closest approach, expected to take place on May 31, 2020, Atlas will be located less than 38 million kilometers from the Sun.

Such a prodigious change in solar distance will cause the comet to increase its luminosity by 11 magnitudes, enough to be visible from Earth with a small homemade telescope or a good pair of binoculars.

Astronomers have also reported that strikingly, and since its discovery, the comet has been increasing its brightness at an unprecedented rate.

On March 17, ATLAS already had a magnitude of +8.5, about 600 times brighter than predicted.

As a result, astronomers have high expectations for this object, to the point that they believe there is a possibility that – if the comet continues to behave as it currently is – it may even rival Venus’ brightness in the night sky.

Exactly how bright the comet will get as it approaches Earth remains anyone’s guess. Although astronomers expect it to put on quite a show in the night sky, it could reduce in brightness and remain very faint.

“It’s going to be fun the next few weeks watching Comet ATLAS develop (and provide a nice distraction from the current state of the world), Carl Hergenrother, an assiduous comet observer based in Arizona wrote.

Karl Battams of the Naval Research Lab in Washington suggested that comet ATLAS is over archiving. “I wouldn’t be surprised to see it fade rapidly and possibly even disintegrate before reaching the Sun.”