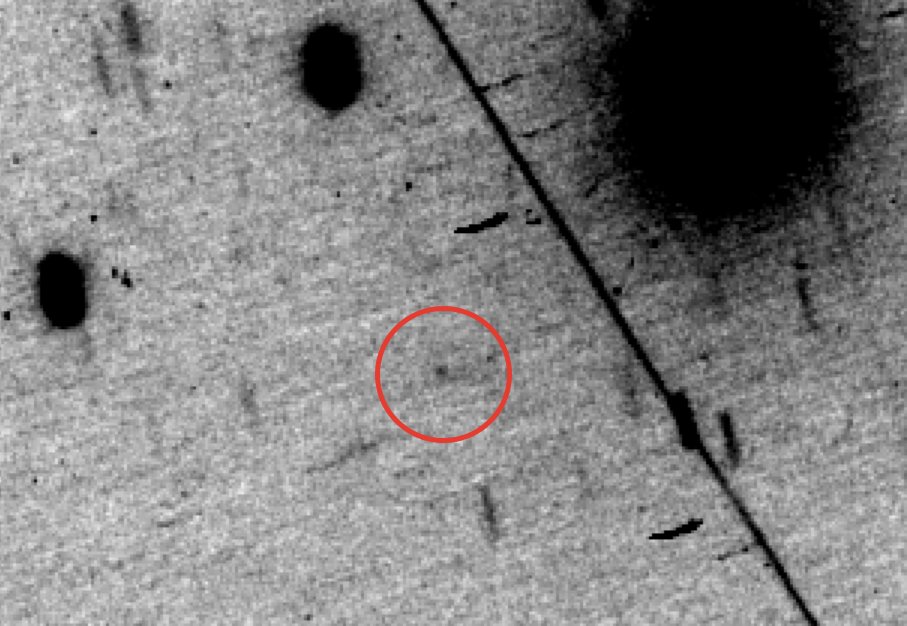 A new celestial spectacle to look forward to in 2021.

The new year has barely started and scientists have already reported the discovery of the first comet of 2021. Officially named C/2021 A1 (Leonard), the comet is currently too far away to even be observed with a telescope but it has the potential to become the brightest comet in decades when it approaches the Sun in December.

Reported on January 3, the official confirmation about comet C/2021 A1 (Leonard) came a week later by the Minor Planet Center.

After the initial report, several observatories from around the world reported the capturing of the comet in earlier images from 2020. These images from more than 100 individual observations in 2020 allowed scientists to calculate the most plausible orbit of comet C/2021 A1 (Leonard).

Based on the characteristical hyperbolic orbit of the comet, scientists believe that they know its point of origin. Comets of this type originate from the most distant region of the Solar System known as the Oort Cloud.

Celestial objects in the Oort Cloud are normally made of frozen gases or ice. In the case of gravitational disturbances, objects like the comet C/2021 A1 (Leonard) are launched towards the warmer center of the Solar System.

Unfortunately, we would have to wait for almost an entire year until the comet appears in the night sky. Currently, its brightness is too dim to even be captured with a telescope. As it approaches the Sun, it will become brighter and brighter until people can observe it with the naked eye. There is no guarantee as to how bright it will actually become but scientists do not exclude the possibility that it might be the brightest celestial object of the year.

Furthermore, it will pass closer to Earth than most other comets in history. If I understood correctly, there have been only 5 comets in the past that have come closer to our planet. As early as it might be, I hope we get the chance to see an extraordinary astronomical event in mid-late December when it is at its perihelion point.

Nevertheless, comets are truly unpredictable. It is too early for assuring estimates but just like comet C/2021 A1 (Leonard) could become the most luminous comet in decades, it could disappoint us and disappear without a trace.

Initially, the comet will be visible from the Northern Hemisphere but it should appear in the night sky as seen from the Southern Hemisphere too in mid-December. Each night, it will move higher on the horizon until the early days of January 2022.