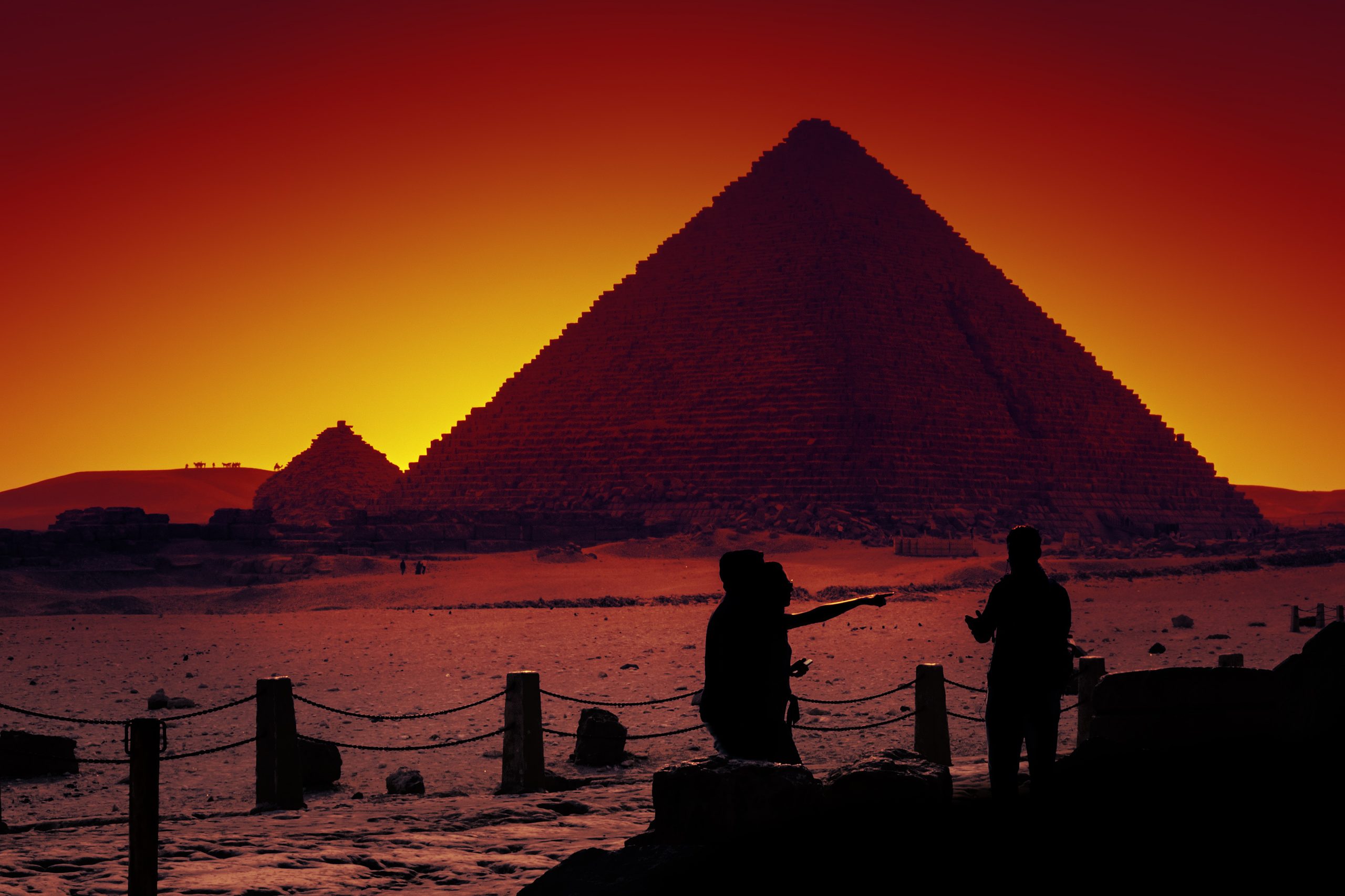 Some 4,000 years ago, a branch of the Nile River flooded the area where the three pyramids of Giza now stand.

The Great Pyramid of Giza, as well as its accompanying pyramids, that of Khafre, and that of Menkaure, are three of the most famous ancient monuments on Earth.

Together with the Great Sphinx and the various temples, the Giza plateau is a treasure trove of history but also a mystery.

Mainstream experts argue that the Great Pyramid of Giza, the largest pyramid built in Egypt, was erected during the reign of Pharaoh Khufu. They argue that the pyramid was completed in around two decades.

Despite the fact there are no written documents that tell us when or how the Pyramid was built, we know it was a massive undertaking and project like no other.

A total of 2.3 million large blocks weighing 6 million tonnes were used in the construction of the Great Pyramid. Many stones are not uniformly shaped or sized and are only roughly dressed. Mortar was used to bind the outside layers together. For the King’s Chamber, white limestone blocks from Tura were imported by boat down the Nile, while large granite blocks from Aswan weighed up to 80 tonnes and more. Keep in consideration that Aswan is located 800 kilometers away from Giza.

Experts say that these large stone blocks were hauled by boat from the quarry to the construction site. Whether this was indeed done so remains a mystery.

It is believed that the Khufu branch of the Nile River once ran so close to Giza that it could have carried the stones used to build the famous pyramids, according to research conducted by researchers from several French institutions, one Chinese colleague, and two Egyptian researchers. Across a series of sedimentary layers around Giza, they found fossilized pollen grains, which they used to study the history of the Khufu branch of the plateau. The study was published in the Proceedings of the National Academy of Sciences.

Researchers examined fossilized pollen grains trapped in sediment cores collected over the years from several Giza sites and analyzed them closely to determine when they were formed.

The researchers reconstructed the history of the Khufu branch as it flowed and ebbed in the area over the past 8,000 years by combining results from prior studies that studied the rock layers surrounding the pyramids. Upon analyzing the timeline and flow of the branch, they discovered that its levels were high enough to reach nearly all the way to Giza—7 kilometers from the Nile—around 4,000 years ago when the three major pyramids (Menkaure, Khafre, and Khufu) were being built.

In their study, the researchers found fossilized pollen grains largely from flowering grasses that now line the Nile River. Several marsh plants were also found in the area, showing that the Khufu branch remained at high levels long enough for nature to regard it as permanent.

Additionally, levels of the branch began to decline shortly after King Tutankhamun’s reign, causing the environment to become much drier. A study of the bones and teeth of mummies from the time indicated the area was becoming much drier. Researchers suggest that others could learn more about how other ancient civilizations were affected by river flow changes using the same techniques as those used by the researchers.

While this research is very interesting as it tells us what Giza looked like up to eight thousand years ago, it is by no means the ultimate evidence that the pyramids were built at that time, nor does it prove that some of the largest blocks were indeed transported by boat right next to the construction site.