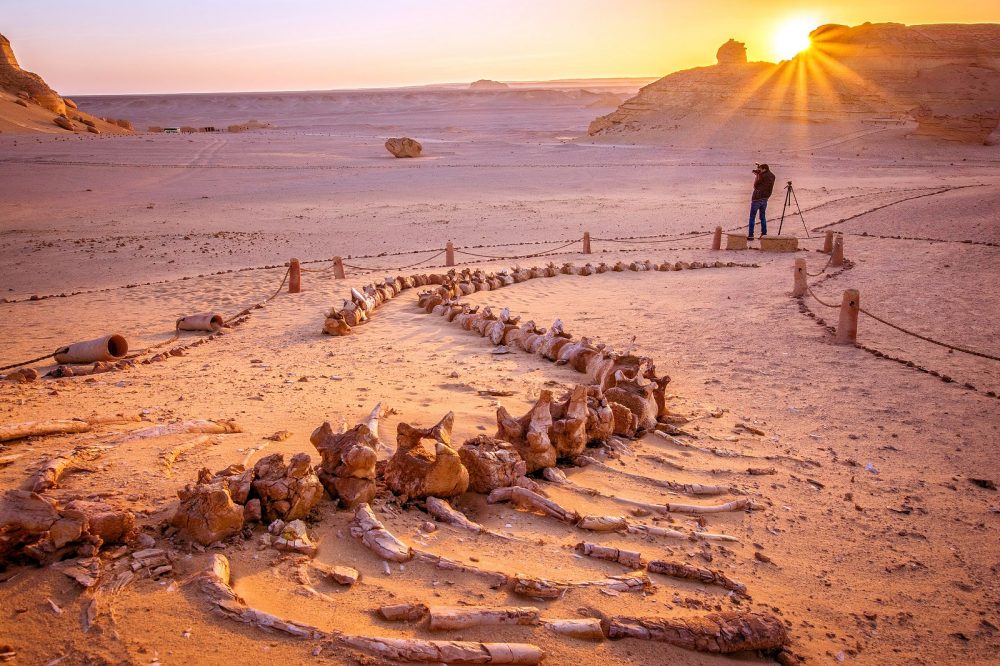 It's a treasure trove of history not many people are acquainted with.

Although Egypt is famous for its pyramids, many other sites exist across Egypt that is equally stunning and important. One such site is Wadi El Hitan, also known as the Valley of Whales, and you probably never heard of it before.

Our planet is a fascinating one. Wherever we look, we find places that blow our minds, whether these are natural wonders of the earth or sites created by humankind throughout history.

I hold Egypt very close to my heart. Although I was born far from Egypt, its history has fascinated me since I was a small kid growing up in Europe and America.

žI am left awestruck by Egypt for more reasons than one.

Even though I am entirely and deeply in love with the pyramids, everything about Egypt attracts me; its culture, cuisine, and cities, it’s as if, in a distant past and another life, I was born there, in the land of Pharaohs.

Of all the ancient sites in Egypt, the pyramids—especially those at Giza—are the most striking. If you ask any world traveler what ancient site in Egypt left the biggest mark on him or her, the Pyramids of Giza will probably be the answer.

But Egypt is more than the “Great Pyramids of the Fourth Dynasty.”

Egypt’s largest, most impressive pyramids were built in three generations, starting with Sneferu, the founder of the Fourth Dynasty, who is credited with having built three pyramids; The Pyramid at Meidum, the Bent Pyramid, and the Red Pyramid at Dahshur. Khufu—Sneferu’s Son—is credited with building the largest, most impressive pyramid, and Sneferu’s grandson, King Khafre, is thought to have built the second-largest pyramid at Giza.

Although Menakure also used multi-ton blocks in the construction of his pyramid, in terms of total volume, the pyramid of Menakure is even smaller than Egypt’s first pyramid, the Step Pyramid of Djoser at Saqqara.

Many other sites in Egypt have left a profound mark in history, and no matter where we look, whether it is Upper Egypt or Lower Egypt, there are countless sites to explore.

However, in addition to the many creations of the ancient world, there are natural wonders to appreciate in Egypt. The Nile River is obviously one of the most impressive, so if you travel to Egypt, make sure to book a cruise down the Nile.

But not far from the Pyramids of Giza, there is a site called Wadi El Hitan, and not many people are familiar with it, despite its importance.

There are no pyramids there, and no lost cities have been excavated there either, but instead, Wadi El Hitan is a mindboggling ancient site brought to us by nature; it is there where countless skeletons of prehistoric creatures lay hidden beneath the sand.

The site is also called the Valley of Whales because it was there where researchers discovered a plethora of skeletons belonging to the ancient creatures.

Designated a UNESCO World Heritage Site in 2005, the site is of great importance since its skeletons are an excellently preserved time capsule that speaks of a time when massive oceans covered the sands of Egypt inside of which great beasts once swam.

At Wadi El Hitan, researchers excavated hundreds of fossils that belong to some of the earliest forms of whales—the Archaeoceti, a long-extinct sub-order of whales.

These massive creatures swam around 40 million years ago in the deepwater of the Thetys ocean, a boy of water that existed during much of the Mesozoic era between the ancient continents of Laurasia and Gondwana. These prehistoric creatures lived, hunted, and reproduced inside this massive ocean.

A plethora of fossils have been excavated at the site, and one of the largest is 50 feet long; the prehistoric beast had a massive jaw fitted with jagged teeth; it looked, unlike anything we’ve ever seen today.

These creatures evolved, lived, and died, eventually sinking to the bottom of the prehistoric ocean floor, where their skeletons were buried beneath Earth’s ancient sands.

Millions of years passed, Earth changed, the continents shifted, and species came and went. The fossils remained buried, and a fine protective mantle of sediment helped preserved the bones of the ancient whales for millions of years.

The ocean receded as Earth’s continents shifted, and the fossils of the ancient whales ended on the surface, where accumulated sand over millions of years would help further protect them.

During this time, Earth’s crust smashed India into Asia, and the glorious Himalayas came into existence.

But the site’s importance resides not only in the quality and quantity of the fossils; researchers have revealed that Wadi El Hitan’s true importance resides in the fact that it attests to the greatest mysteries in the evolution of whales; the species’ appearance as an ocean mammal from a previous life as a land-based creature.

In addition to the numerous skeletons of prehistoric whales, excavations of the site have revealed the existence of fossils of other prehistoric creatures such as sharks, sawfish, turtles, and crocodiles; this diverse ecosystem has allowed scientists to accurately reconstruct the environment that existed at the site, millions of years ago. The site’s fossils offer scientists a clear glimpse into the primitive aspects of the skull and tooth structure of the ancient animals.

This means that, in essence, Wadi El Hitan is a diverse fossil library. However, the site is also unique because it exceeds, in terms of fossil quality and number, other similar sites around the world, and the best-preserved examples of fossils at the site are also the most important; the Archaeoceti, which help scientists better understand the evolution of whales.

As for the site’s age, researchers say that the strata of Wadi El Hitan suggest it belongs to the Middle Eocene. The fossils of the site are spread across an area covering 200km2 of the desert.

The excellent preservation of the site and its fossils is partly because not many people venture out so far into the desert to see it; according to estimates, no more than 2,000 tourists travel to Wadi El Hitan each year. In comparison, during pre-COVID times, the Pyramids of Giza received nearly 15 million visitors each year. 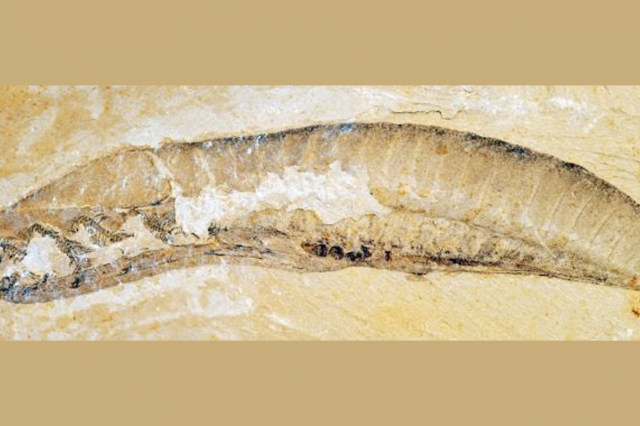