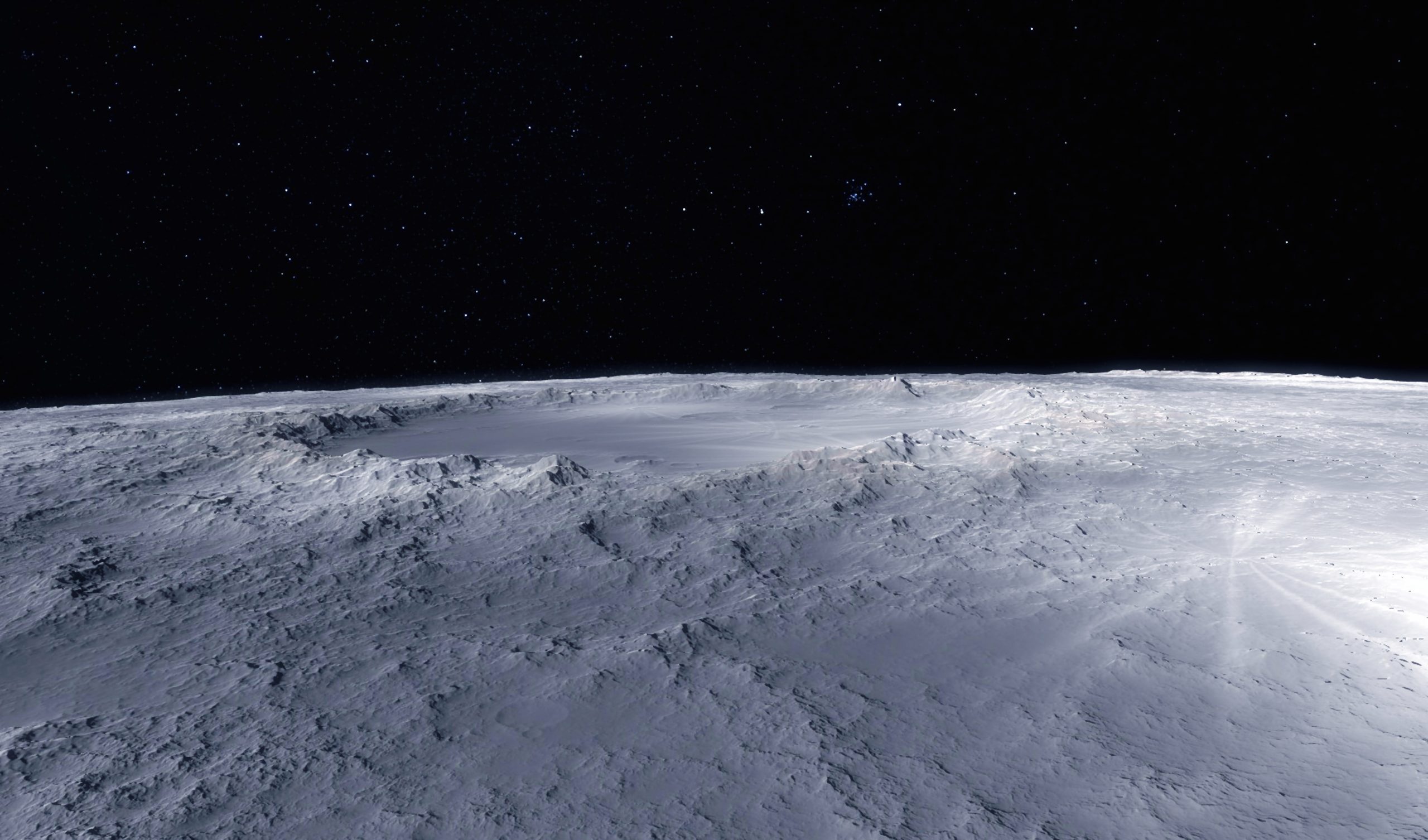 The newly discovered material, dubbed Changesite-(Y) contains helium-3. There are around 1.1 million metric tons of helium-3 on the lunar surface, enough to sustain human energy for at least a 10,000-year period.

As part of its effort to rival the US in space exploration, China is planning three unmanned missions to the Moon over the next ten years. Liu Jizhong, an official with the China Lunar Exploration and Space Program Center, said the National Space Administration had approved the launch of three orbiters to the Moon under the Chang’e lunar program. In addition, Chinese scientists announced they had found a new lunar mineral, using samples returned by the Chang’e-5 mission just a day earlier.

According to state-run news outlet Xinhua, the newly discovered material, dubbed Changesite-(Y), is a colorless, transparent columnar crystal. However, as it turns out, this material is of significant interest since it is believed to contain helium-3, an isotype that’s been suggested as a novel energy source.

Recently, science fiction and fact have argued about how the Moon can be harnessed to produce clean and efficient energy. While Earth’s magnetic field protects it from solar wind blasts, the Moon has been bombarded with large amounts of Helium-3. Since it is not radioactive and produces no dangerous waste products, this isotope may provide safer nuclear energy in fusion reactors. It is estimated that there are at least 1.1 million metric tons of helium-3 on the lunar surface, enough to sustain human energy for at least a 10,000-year period.

Over the last few years, China has set its sights on Mars, sent probes to the Moon, built its own space station, and ramped up its ambitions in space, putting it in direct competition with the US. Currently, NASA has a rover on Mars and plans to send astronauts back to the Moon as soon as possible. A future source of tension is expected to be space mining, with both countries eyeing the Moon’s minerals.

After the US’s first mission back to the Moon in fifty years, Artemis I, has been delayed, the two sides have been trading jabs. As NASA Administrator Bill Nelson points out, China has allegedly stolen space-related technology, and space debris has been a source of criticism for the country. Three years after establishing its lunar exploration program in 2004, China launched its first spacecraft. The Chang’e program, named after the Chinese moon goddess, has recently been collecting moon samples. Scientists believe the Moon’s South Pole is the best place to search for water, so Chang’e-7 will target that area. There is also a NASA mission targeting that area of the Moon.

The Chinese government hopes to build a moon-based international research station in the future, Liu said on Saturday. According to NASA’s website, the last Apollo 17 mission was almost fifty years ago, and the US remains the only country to send astronauts to the Moon. In July 1969, the US Apollo 11 mission returned 49 pounds (22 kilograms) of moon samples back to Earth for the first time.