Reports from Australia suggest that the disastrous wildfires have revealed an intricate ancient aquaculture system built by aboriginals at a time when the pyramids of Egypt didn’t even exist.

The Budj Bim Cultural Landscape is located south-west of Victoria and is home to an elaborate complex of stone-lined channels and pools established by the Gunditjmara people to harvest eels. The site was added to the UNESCO World Heritage List in 2019.

Although the system was known to experts since July last year, new, previously unknown parts of the system were recently exposed.

Researchers have revealed that some parts of the intricate system show clear evidence of stone structures that date back more than 6,600 years.

The wildfires that ravaged across Australia, starting in December of 2019, and which were only brought to control recently, have revealed additional ancient structures that have until now, remained completely hidden from sight, beneath deep layers of vegetation.

Experts have reported that the newly identified sites are also part of the ancient aquaculture system.

In an interview with ABC, Denis Rose, the Gunditj Mirring Traditional Owners Aboriginal Corporation project manager revealed that when the fire broke out in December, they were unconcerned about how it would affect the system since many other fires have occurred previously.

“There have certainly been many fires here in the thousands of years prior. Our major concern was the effect after the fire, and we’ve still got some work to do there.”

“We were concerned about the trees, particularly those taller trees that are growing in and around some of those fish trap systems and also our associated stone house sites, of the trees being weakened and damaged, and potentially falling over and the roots upending some of these ancient stone structures,” he explained.

Now that new systems have been identified, archeologists are set to work alongside rangers to survey the new systems. According to the Aboriginal Corporation’s website, the ancient aquaculture system was constructed by ancient aboriginals using volcanic rocks from a now-dormant volcano.

It is believed that the Gunditjmara people used the aquaculture system to redirect and transform waterways to maximize aquaculture yield.

Experts are expected to make use of aerial photography to aid them in their survey.

Speaking to ABC, Rose explained that there was fortune at play since the fires were not as severe as in other parts of the country.

“We have been extremely fortunate here. We’ve had relatively cool burns — certainly nothing like the damage and the devastation over in the eastern parts of Australia. These fires have burnt the undergrowth rather than scorching the forest the whole way through,” Rose told ABC.

The wildfires in Australia have left an imprint on a global scale, with NASA satellites reporting smoke from the fires has managed to circle the globe.

Furthermore, experts say that the Australian landscape is being permanently altered because of the wildfires.

Climate change and rising temperatures have been part of the issue. 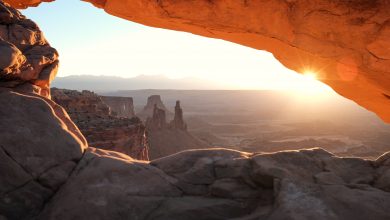 Unwritten Mystery: What Are These 9,000-Year-Old Conehead Humanoids Depicted in Australia’s Rock Art

Subterranean World: Extensive Network of Underwater Rivers Found Off the Coast of Australia