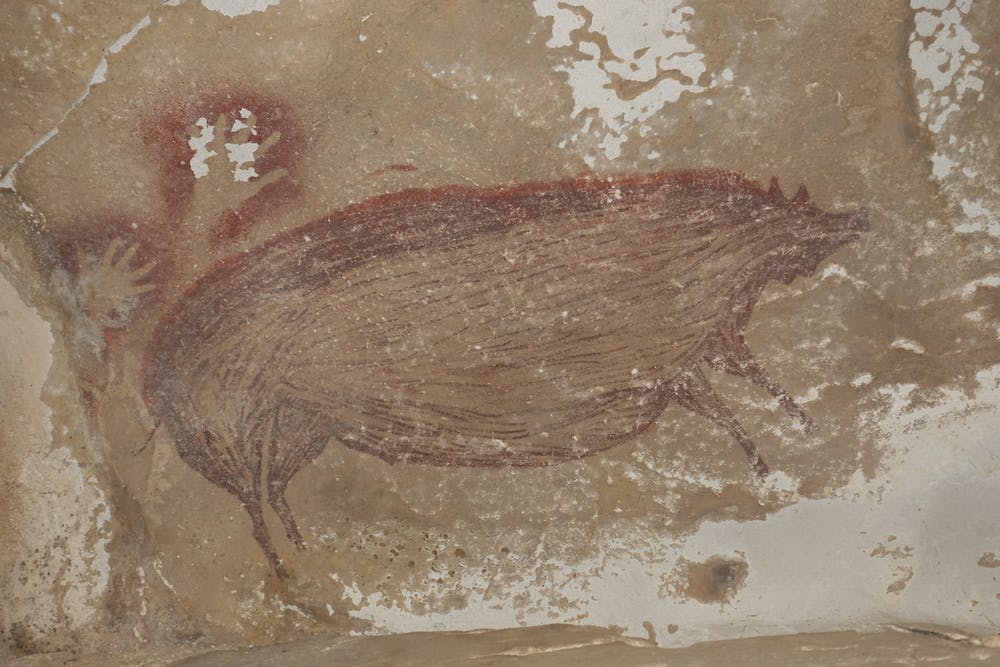 Global climate change is endangering some of the oldest rock paintings in the world.

Archaeologists have studied delamination on the walls of karst caves on the island of Sulawesi and assessed the threat to ancient rock paintings. The surface of the rock was affected by efflorescence. According to the researchers, extreme fluctuations in temperature and humidity, which disrupted the microclimate in the caves, caused by global climate change and the intensified El Niño in recent decades, are to blame for the destructive processes for the oldest cave art in the world.

The global climate change noticeably accelerated in the XX-XXI centuries and affected not only the biosphere but also the objects of material culture left by our distant ancestors. In particular, the problem of degradation and complete disappearance threatens the rock paintings in the Maros-Pangkep karst caves on the island of Sulawesi in Indonesia.

Sulawesi Island, the eleventh largest in the world, is located between Kalimantan (Borneo) and the Maluku Islands on the migration route of ancient human populations from Asia to Australia. The Maros-Pangkep Karst Region is located within the Bantimurung-Bulusaraung National Park and is a UNESCO World Heritage Site.

More than a hundred works of ancient rock art found in the caves of South Sulawesi have been known to researchers since the fifties of the last century.

Dating by the uranium-thorium method allowed the artists of the Indonesian archipelago to be considered the creators of the world’s oldest rock art. According to the latest data, some of the drawings were created 45,500 years ago, and possibly even earlier.

1. Australian and Indonesian researchers led by Jillian Huntley of Australia’s Griffith University surveyed 11 caves in the Maros-Pangkep area on the Indonesian island of Sulawesi.

2. Archaeologists have traced the changes that have occurred to the rock paintings since they were first discovered by comparing images from 1950, 2013, and 2020. They recorded significant delamination on the surface ancient artists used to paint.

3. The extensive complex of rock carvings is divided into two periods. The first group includes figures dated to 45,500-20,000 years ago. These are studied with the uranium-thorium method from the calcium deposits that cover the surface.

4. Pleistocene patterns are made with red pigments. These are stencil images of hands and figures of large animals.

5. Later drawings are located on more recent surfaces and sometimes overlap Pleistocene painting. The plots of these images contain anthropomorphic and geometric shapes, abstract signs, and symbols. Radiocarbon dating determined the age of these drawings to be less than 2,000 years old.

6. Scientists have carried out a microscopic and physicochemical analysis of mineral “scales”. Crystalline salts were found on the inside of the delamination.

7. They appeared on the walls of caves in the process of efflorescence (salting out) – the migration of salt to the surface, most of which are gypsum and halite.

8. These salts cause the flaking and destruction of karst vaults. For example, when moistened (hydrated), gypsum can increase in volume by 63 percent, and when it dries (dehydrated), it decreases in volume by 39 percent.

9. The combination of seasonal rainfall with alternating prolonged dry conditions, intensified by the frequent El Niño, provides ideal conditions for efflorescence. The water carries the dissolved salt to the surface, then evaporates, leaving a layer of salt that loosens and exfoliates the surface crust.

10. Scientists believe that in order to preserve the monuments of primitive art on the island, constant monitoring and the use of reinforcing injection compositions for drawings are necessary. 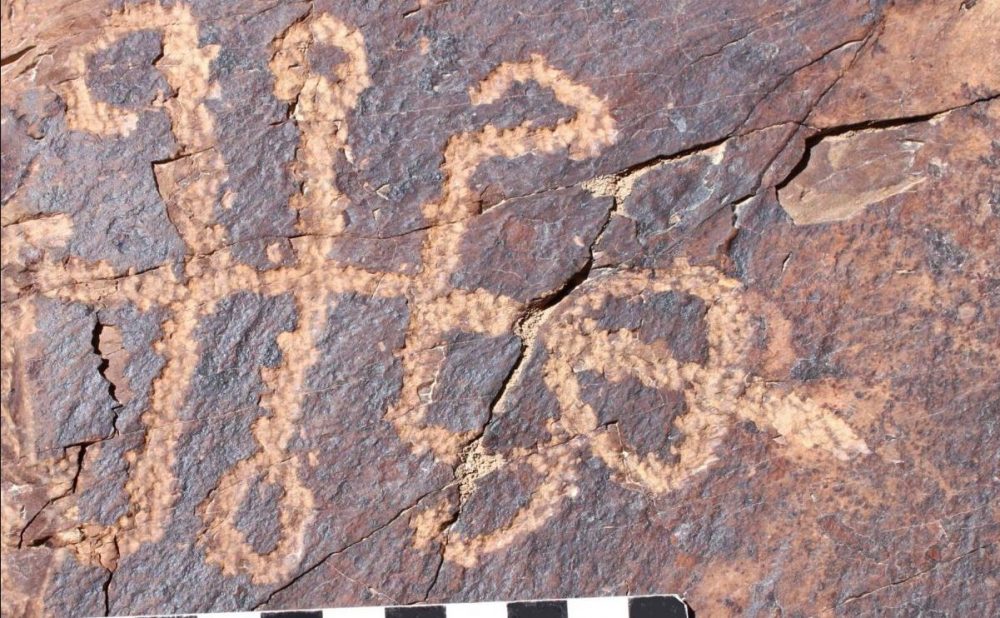